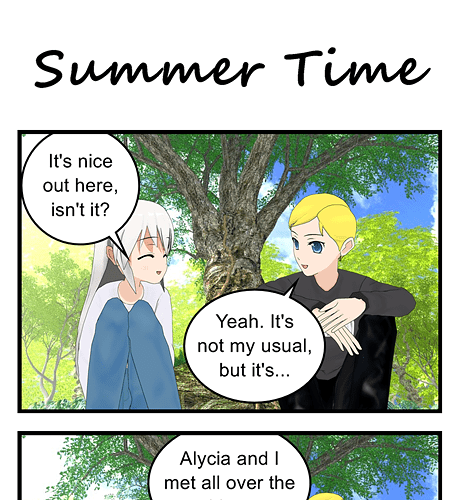 A little suspicion is natural. 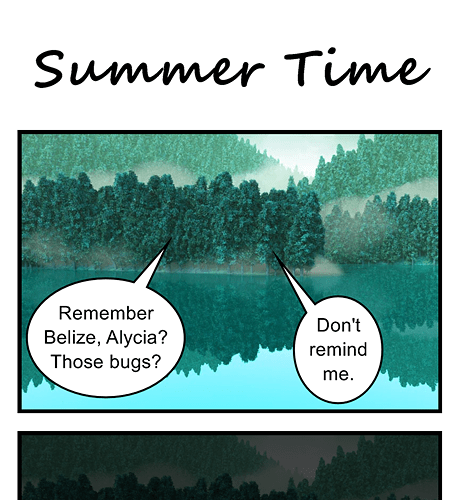 Things that bug me. 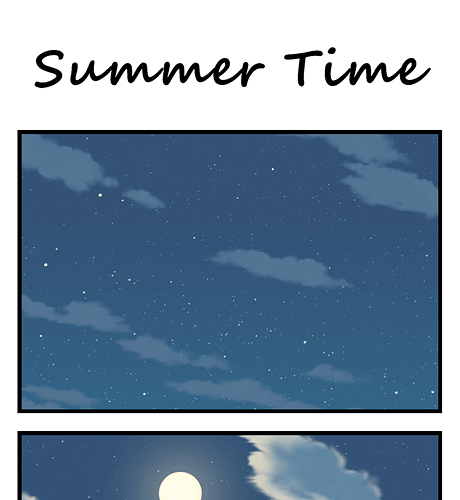 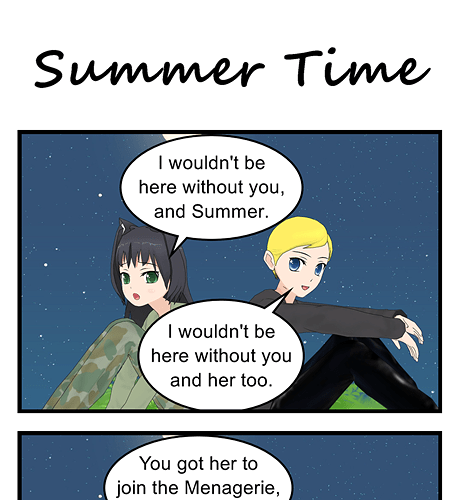 Some serious talk. Hopefully this isn’t overstepping, but it feels authentic. 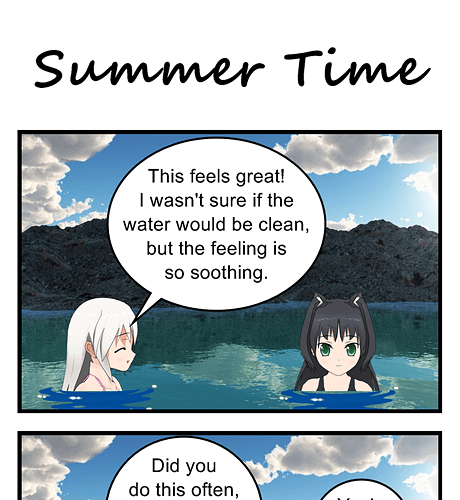 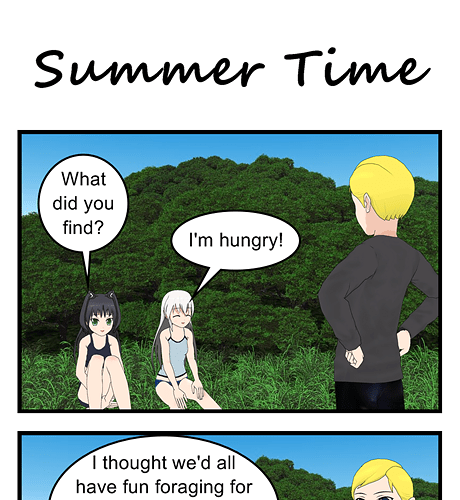 Has Jason been too domesticated? Let’s find out. 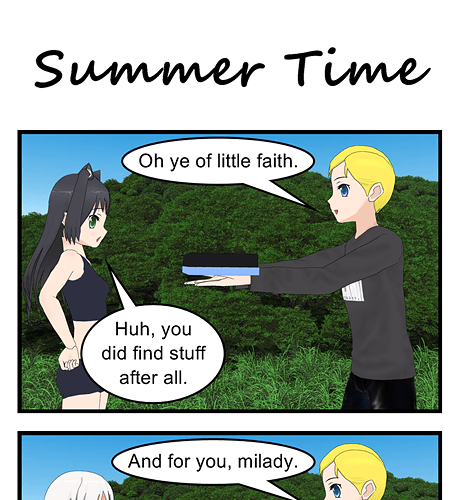 He came through after all. 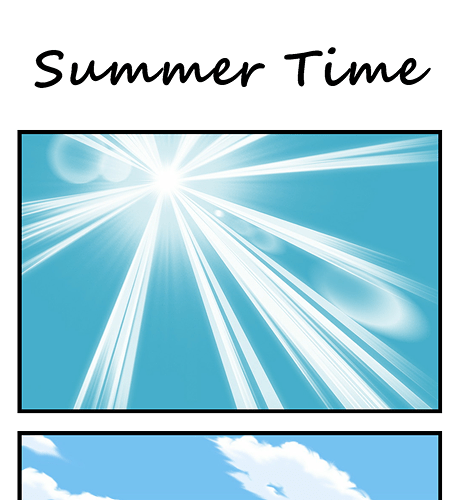 Why would Jason bring two love interests on a camping trip anyway? I promise it’s not assisted suicide. 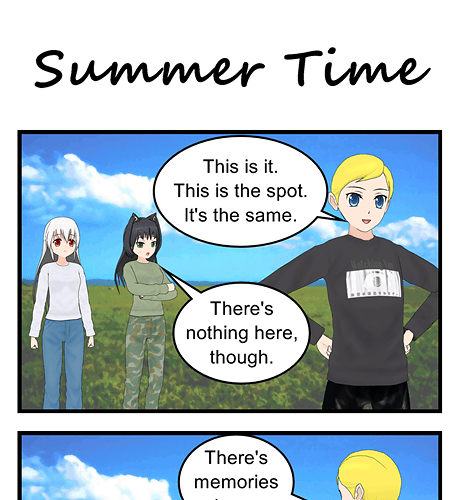 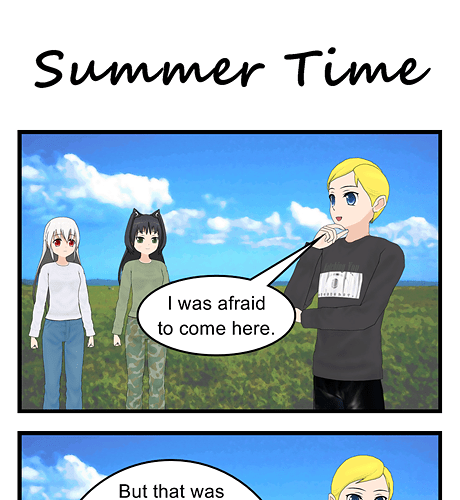 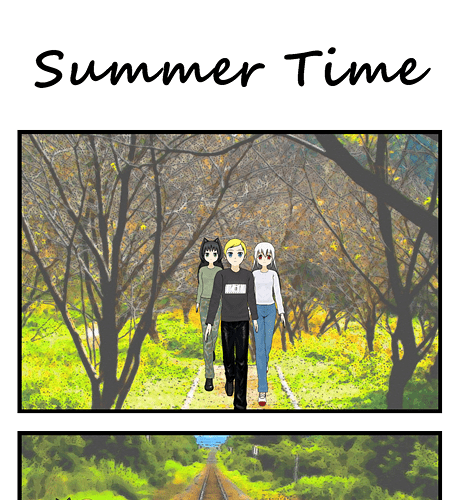 That’s it for this series of comics. Hopefully it was fun and thoughtful in some measure, and true to the characters.

That’s it for this series of comics. Hopefully it was fun and thoughtful in some measure, and true to the characters.

Very enjoyable, though for some reason the forum didn’t update me that new posts were made. I don’t know if anyone else has seemed to notice, but the forum seems to act very flaky with split topics like this one.

Yeah, I am not sure how that works internally. But sometimes a standalone strip just takes off, so it’s a balancing act of a bunch of topics vs a bunch of replies.

Hopefully this isn’t overstepping, but it feels authentic.

Thinking back on where Alycia was (as an NPC, let alone when she first started getting 1st person posts), and where Jason was when the game started – neither was in a very good place, emotionally or mentally. While there was more to it than just Summer, Summer was a catalyst for a lot of what changed both of them (and, I suspect, vice-versa).

So, yes, it feels authentic. (Actually, it feels even more authentic that they are saying this stuff back-to-back. They both, in their own ways, have intimacy issues – which, in part, is why it’s so easy for them to pivot into getting into arguments.)

Jason is no idiot. Survival skills are important, but not comfortable. Also, Rusty was sometimes a jerk about that whole “Okay, I’ve left you on this mountaintop – I’ll be back on Monday” thing.

He came through after all.

Actually, I thought Summer’s observation here to Alycia was the most interesting.

Actually, it is interesting that he brought them both.

And Jason, one way or another, has broken that pattern. Whether or not he and Alycia ever have kids (amazingly cute other comics notwithstanding), he will avoid a lot of the major mistakes that his dad made.

Her objections would normally be around environmental and resource impact, but I think Jason has talked her into enjoying the occasional slab-o-meat.

She is more than willing (and more willing than Jason) to deprive herself for a cause. But she’s not obsessive-compulsive about it, has realized that discipline has its reasons and circumstances, and is willing to pamper herself (in a non-exploitive fashion) probably more than Jason would expect, even now.

And I liked this a lot, too.

While there was more to it than just Summer, Summer was a catalyst for a lot of what changed both of them

Actually, it is interesting that he brought them both.

After doing the first strip, where Alycia shows up in the fourth panel, I thought it would be neat to do something with the three of them, just as friends, all having helped each other in different ways. And the event that they all shared was being there in the Sepiaverse when Jason and Alycia confronted their fathers. So I cast the trip as Jason sharing himself with his friends, with some comedy along the way. And while we might tease Jason being bad at stuff, I think ultimately he always comes through, like he did, and especially when his friends need him.

And while we might tease Jason being bad at stuff, I think ultimately he always comes through, like he did, and especially when his friends need him.

Jason was always kind of fun (eventually) as the guy that people can make fun of, but, fundamentally, he is good-hearted and smart and awkward and heroic, which is why I feel good about him as a character.

(I have certain PCs I’ve run over the years that hold a special place in my heart above others. I’m lucky enough in this campaign that Jason and Alycia are two of them, for separate and intertwining reasons.)