With Dinosaur Island in good shape, let’s see what else is going on in Halcyon City. Let’s call back to an early plot point in the game! 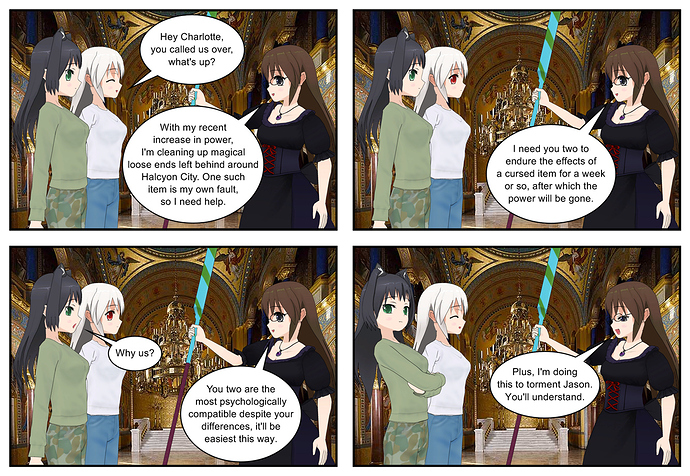 It took me quite a bit of fiddling to give Charlotte a staff to hold, but I like the effect. 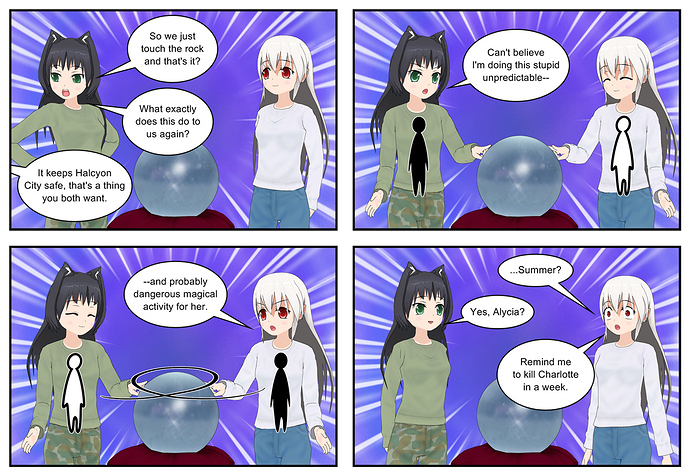 Oh no, not again… (though I am excited to see how this plays out since Summer and Alycia weren’t around for the Christmas Party Incident)

Summer and Alycia weren’t around for the Christmas Party Incident

As it happens Numina (now Summer) rode along with Charlotte-in-Link’s-body during that time.

I was wondering where that was in the comic timeline… wow, Summer has been around a lot longer that I remember. My first thought was “Summer’s consciousness didn’t show up until the thing at the school with Sablestar and the Farlander” but then I look it up and see that was Issue 10. Oops.

Strictly speaking she came from Pneuma so she’s always been along, but yeah. So I’m taking all that into account, because Alycia’s going to want an explanation. 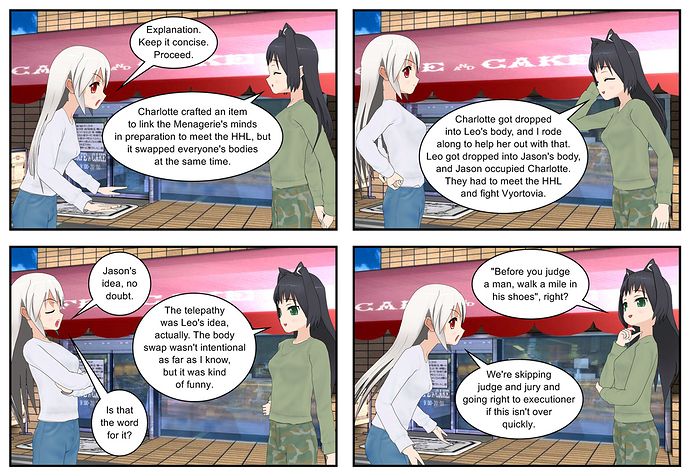 Alycia isn’t taking this well, for every good reason. 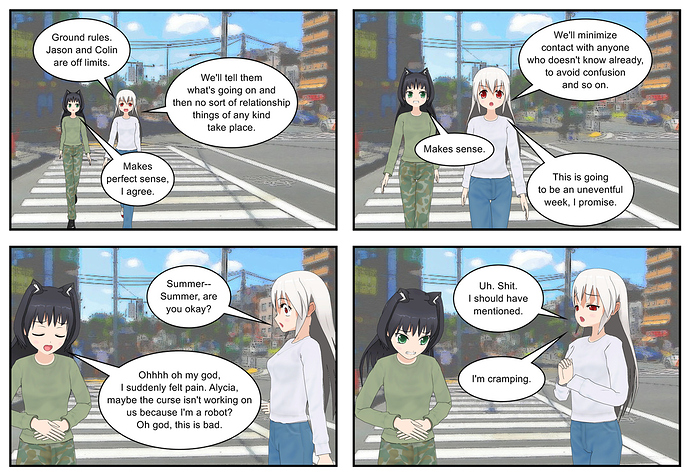 While identity mix-ups and romantic shenanigans would be hilarious, I think both girls are past that. So let’s see what other trouble we can get them into. 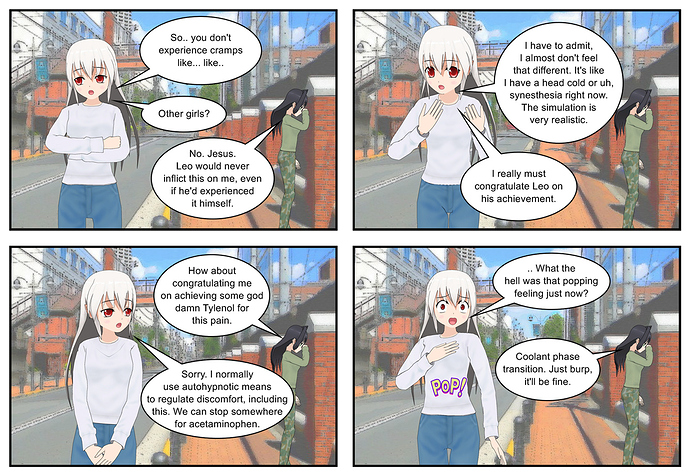 I plan to handle these topics with some taste and discretion, and I know you folks will let me know if you think I mess up. 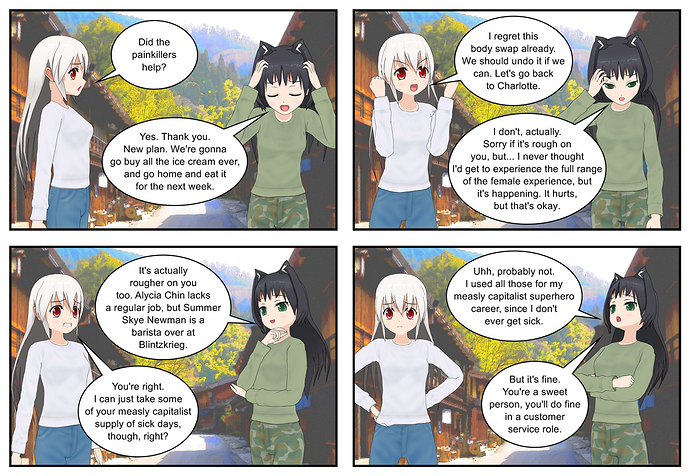 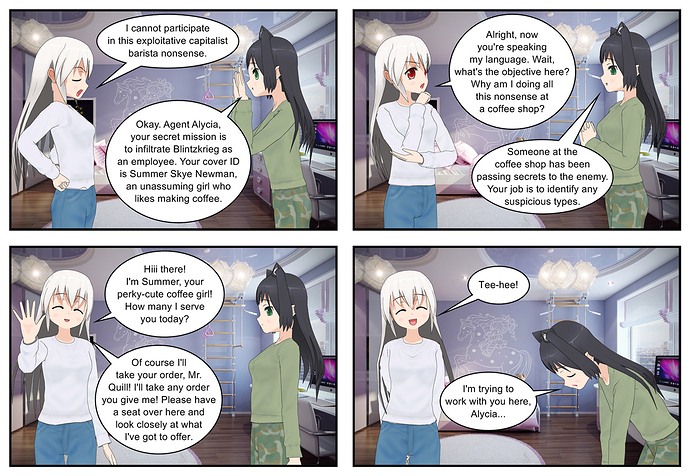 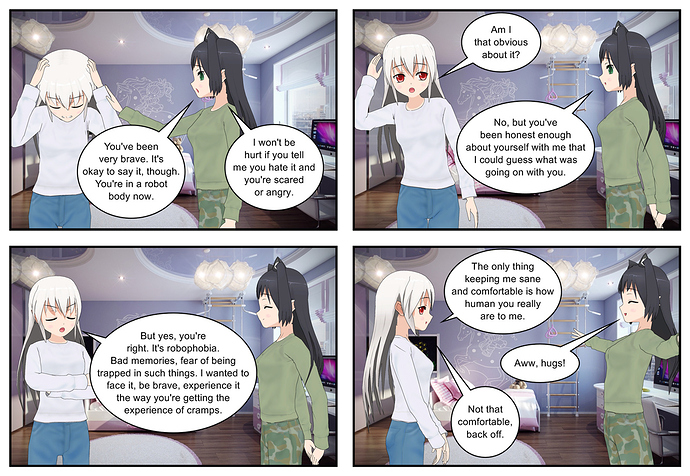 Alycia has her own problems. 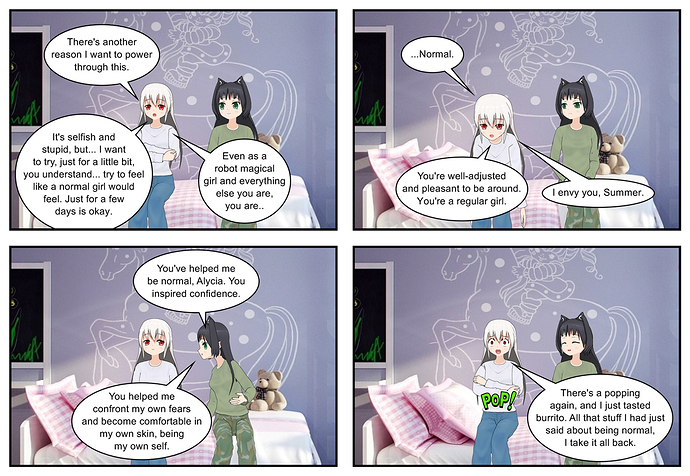 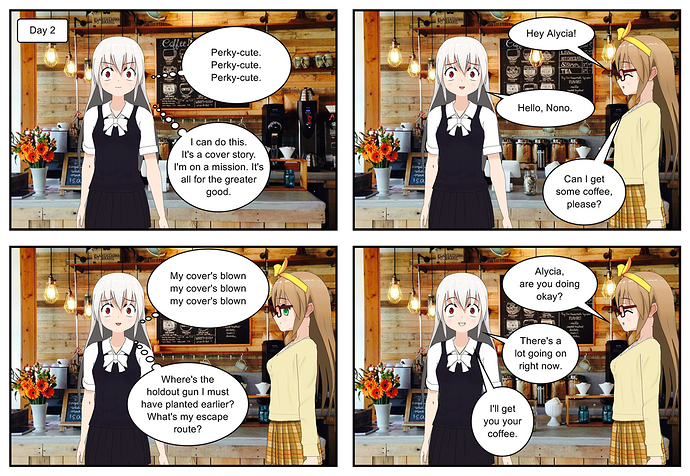 I’m checking in with our audience. Is this interesting? Too talky, too weird?

That face in the final panel is priceless. All of them are good, but that last one is great.

(I imagine these are all pre-created from the software, but these are good choices for the tone of the panels.)

Freaky Friday isn’t my favorite trope, but I do enjoy some of the interactions between Alycia and Summer (the popping gag is still my favorite and I appreciate it being used twice). Wondering what sort of twist Nono will add to the mix. 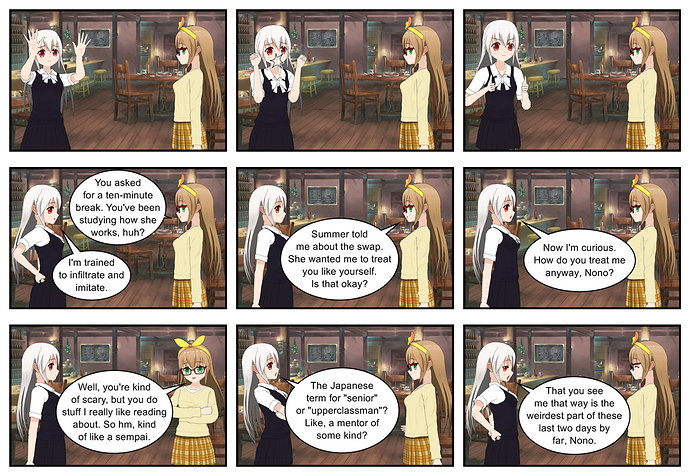 We introduced the hand gesture way back in Blintzed, and I like that Alycia pays attention to even the small details, so a callback to it seemed appropriate.

Wait, Nono sees Alycia as what?

I’m trying to use its powers for good, like letting characters get to know each other and themselves better, rather than it causing direct hardship or confusion. Thanks for sticking with it so far. 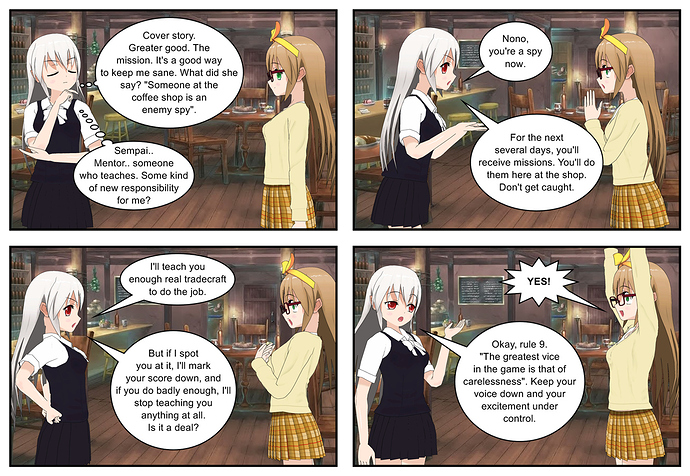 This can only end in good ways. 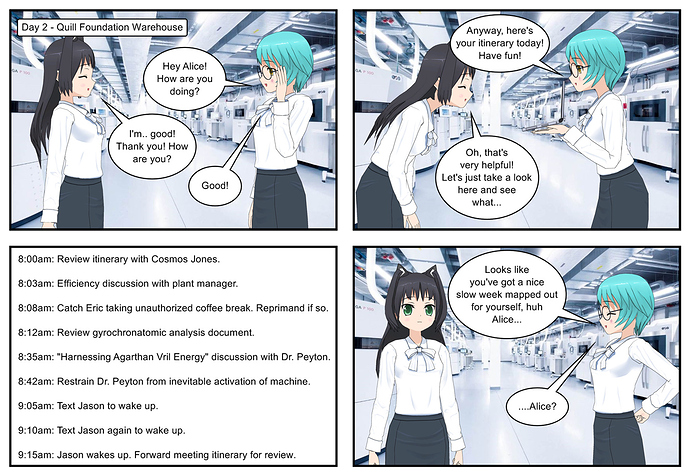 Meanwhile, we peek in on Alycia’s life, as seen by Summer. What does AEGIS’s Most Wanted do all day anyhow?

Have we seen Bill-Cartoon Charlotte before? I am liking her outfit. (Also her attitude.)