The Empire of Ohir and the Shadow City of Nelres

We were close to the Drolopes, known as the Red Miners, who shared an appreciation for the more earthly sciences and had even adopted our Holy Lady Inger, who watches over the rocks and the earth.

We often fought the foul Ajek Empire, as they insisted that our great boundaries overlapped theirs, despite our statues having stood for centuries before they even came to these lands.

What’s one thing your people have that no one else does?

Well, we used to be the only ones who had the technology to control the mist, but who knows anymore. It is quite possible that knowledge is now in the hands of the Overlord.

However, we still have the largest collection of knowledge in the world. Of course, no one alive can read the archaic Ohir, but that isn’t our problem.

What is the political structure of your peoples’ society?

A meritocracy based on those who have advanced our knowledge and power. A council of sages stands at the top.

What do your people most value? What do they least value?

Knowledge and its preservation. Those who rank the highest in Ohir society are those who advance our understanding of the world and those who memorize the knowledge and pass it on to others.

Charity. The only people actually allowed into Nelres were those who had proved their worth and attained a certain standing. If you were to loose that standing, then you would be banished from the city.

What is your people’s greatest accomplishment?

Drawing the Mist to our great city of Nelres, hiding it and protecting it from the outside world.

What is your largest city called, and what is it like?

Have you not been paying attention? Nelres was grand city that reached towards the sky. The city had been built from a mountain and soaring high above the peak the Spire of Kilos stood. The Spire, named after the one who first learned how the manipulate the Mist, stretches down to the lowlands. In the midlands the Spire had been separated from the rest of Nelres, with bridges used to get from the city to the tower. This allowed for the mist to be brought up with the Spire as the focal point.

However Nelres, which had a lovely view of the Mist and distant midlands, was built on a small peninsula. When we were invaded by the Overlord, the peninsula crumbled and the mountain city of Nelres fell down to the lowlands. There it sits, mostly intact, while the Spire of Kilos is all that remains of the city in the midlands.

For the record these are some of the great statues that stood at the border of the Ohir empire, though the actual statues were a variety of male, female, neither, and the spectrum, all holding out their hands ominously as a warning to keep out. 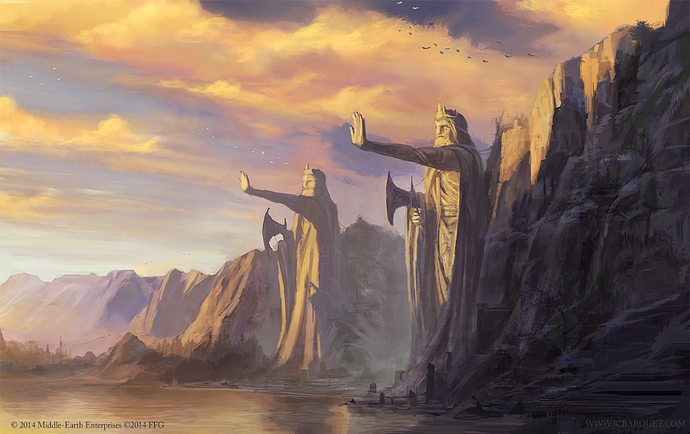 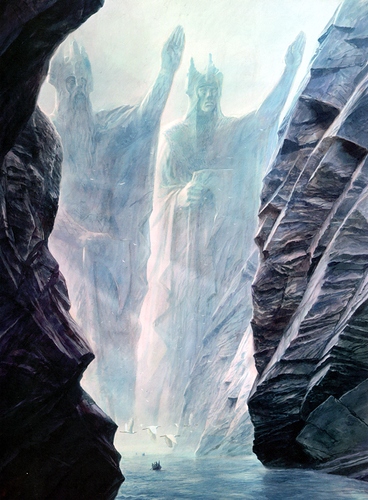 And these are some decent pictures of Nelres, though it doesn’t fully convey the glory of the Mountain City. 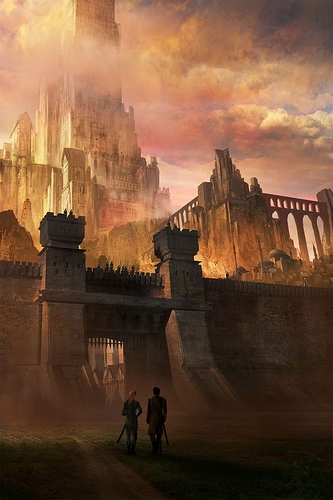