I don’t expect people to keep playing a game that doesn’t work for them, but I’m interested in opinions on something like this. 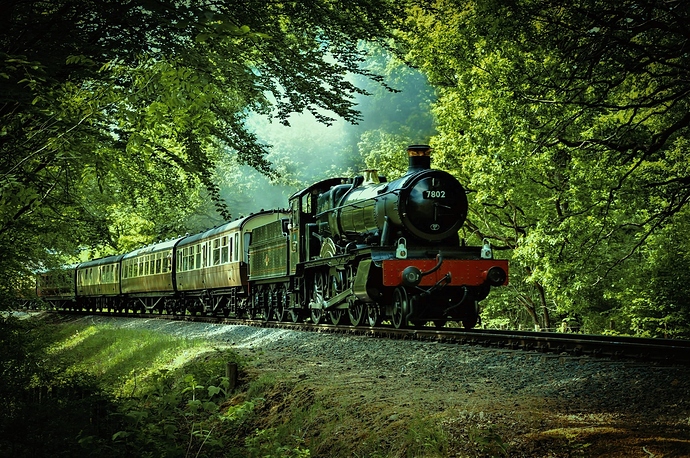 This is an optional rule for “Fellowship”, 2nd edition.

Your Fellowship begins with access to a Fleet: a vehicle, set of vehicles, or other mobile conveyance. The Fleet is large enough to accommodate the Fellowship and all its companions, and will expand later to accommodate new members.

Define what the Fleet is, how it works, and what limitations on motion it might have. A steam locomotive with several cars; a set of large wagons; magical or technological airships; a castle that crawls about on its own legs; a fleet of ships that can sail the seas (or the skies); a fortress or town that disappears from one place and reappears in another; and so on.

We break the chains of Chain’s Crossing and let it float around like it used to.

It makes sense, though I don’t think it fundamentally changes anything, just gives a mechanism to use with it.

Yeah, it’s not a fundamental change. It’s something to keep a coterie of interesting NPCs around, which is only one of the several things people wanted more of out of the game (as I understand it).