There had been an alien invasion.

This in itself wasn’t too unusual. This sort of thing just happened, the way there’s always a war somewhere on Earth, between human beings.

This time, however, it had come at a particularly critical time for the HHL.

“The HHL spox is coming out,” one reporter near the back said to another, who’d been immersed in her phone.

“What d’you think we’re gonna hear about?” she said, rolling her eyes without looking up. “They sent their kids to fix it again?”

The actual spokeswoman was a highly-polished, well-dressed, well-pressed corporate mouthpiece, hired by a consulting firm. She was flanked by representatives from the U.S. and Canadian militaries, members of AEGIS, and other official sorts. The reporter had to admit it gave the whole thing an air of legitimacy, which was a nice change from all the dirty laundry of last year.

“We’re here to share with you everything we know, at the moment, about the entities known as ‘the Blot’ whose recent invasion we all remember. There will be time for questions, and those questions will be answered, but for the moment I ask that you hear us out.”

The spokeswoman shuffled papers on the lectern and began reading, making eye contact at regular intervals to keep the audience invested. “Physically, the Blot appear to be a distributed fungal intelligence that release an ink-like substance. Our scientists have compared their anatomy to Coprinopsis atramentaria, or the common ink cap mushroom.”

“Culturally, our analysis of the Blot indicates that while they appreciate beauty, art, and other aesthetic pursuits, they have been unable to create such art themselves. Consequently, they have become slavers. They will attack cultures with an artistic tradition, kidnap members of that culture, and force them to create art for them. They often focus on the young of another species, believing them to be more capable of artistic and imaginative activities.”

The audience rumbled a bit. This sort of thing hit a lot of emotional buttons.

“The Blot learned of Earth after following a group of escaped slaves here. They sent a recovery team, which were driven back by an American superteam. However, that recovery team took word back to their mother-fleet, and they decided to stage their invasion. That too, of course, was driven back.”

The two reporters near the back were dutifully taking notes, but “rah rah Earth kicks ass again” isn’t a super-amazing story. The kidnapping and enslaving angle was pretty juicy, but also exploitative, and needed to be handled with care. Unfortunately that would probably be the same angle everyone else in the room took. If only there was some unique–

“Due to the rather shocking nature of the Blot’s culture, several members of the Halcyon Heroes League have volunteered to go into space and try to free as many captives as possible from the Blot’s control, and prevent them from taking more.”

Flashbulbs started to go off. Reporters were writing notes in earnest.

Everyone knew the HHL had been dealt a blow. But this? This was something. It wasn’t clear what it was yet, but it was something, and that’s what the news is about.

Questions started coming in. “Which members of the HHL are going?” “Are any of the second-generation heroes going along?” “What about Tempest?”

The two reporters in back nodded at each other. This was dynamite, but they needed something original. It was time to conspire, and go dig up something really good.

The HHL’s private meeting, at the top of the tower, wasn’t the carefully controlled affair that had happened downstairs. Raised voices, balled fists, and the occasional ominous red glowing eyes all contributed to the emotional tenor of the debate. Not every member was here, which perhaps made the whole thing a little easier.

“We’ve already discussed this, and it’s the right thing to do–”
“It’s the expedient thing to do, you mean.”
“What’s wrong with that?”
“We fucked up. This is our chance for redemption.”
“Nobody cares about a bunch of aliens out there! No offense, T.”
“The Blot must be obliterated.”
“I cannot leave the Earth.”
“Nor I.”
“Listen, there’s alternatives here!”

Blackbird pinched the bridge of her nose between finger and thumb. She’d known it wasn’t going to be easy. But she also knew something had to be done. And everything they were saying was right. On Earth, the HHL was damaged goods. But out in space? They could do something meaningful. Something to help people. It was the right move, just not for the best of reasons.

“This isn’t all or nothing,” she finally announced, loud enough to get the attention of the room. “Not everyone needs to go. So I suggest instead of arguing about this, you just… volunteer. One by one. Are you going, or are you staying?”

This seemed prudent. Blackbird read down the roster, and recorded everyone’s answer.

The Golem: “Going. It’s right. We have to help people out there too.”

Nautilus: “Staying. There’s things underwater I have to take care of, dangerous things, things only I know about.”

Mercury: “Staying. Sorry, I think it’s the right thing, but there’s still a lot of problems on Earth, and I think I need more experience tackling the big issues.”

Transcendent: “Going. The Blot must be obliterated.”

Blackbird: “Staying.” She didn’t voice her own reasons, but that would have just started another fight.

Paladin: “Going!” Privately, Blackbird was sort of grateful. He always pegged her weird-o-meter, and keeping him off Earth might actually be a good idea…?

Phantasm: “Going. We suck, let’s admit we suck and make up for it.”

Sigrun: “Going. We have an enemy, they’ll return to Earth at their convenience, we should stop them.”

Tatanka: “Staying, for practical reasons. My powers will be useless anywhere but on Earth.”

A team like the HHL had options for interstellar travel. The question wasn’t could they do it, but which way they preferred. But that was going to be the easy part.

Blackbird was grateful for one thing. These people had a lot of frustration to work out, and a lot of power for when they needed to break something. They could go beat on the Blot for awhile to work it out. Better them than the Earth, eventually.

The going-staying list was based on this thread of Dave’s and Doyce’s notes. We’re left with a reasonably diverse gang back on Earth: Nautilus, Oya, the Gales, Blackbird, Guardian, Hecate, Tatanka, and Vigil. I’ve got some plans for all of them.

Sending an HHL strike team into space lets them (eventually) redeem themselves, and help enslaved people, but story-wise opens the door to outer-space adventures for other members of the cast (including Adam and the Concordance Trio).

Flashbulbs started to go off

Did they then dial their Girl Fridays to tape tonight’s game because they’d be burning the midnight oil?

Overall, good stuff, addressing a corner of the Halcyonverse that’s been neglected for a while.

This is actually my amateur photography talking! Newer LED based flashes, or stuff like flashcubes, etc. give good controllable exposure, but older flashbulbs are still used when you need a bigger residual source of light. You can also use them as a source of fill. This is especially important if your camera operators are in the back, behind your reporters. Like this! 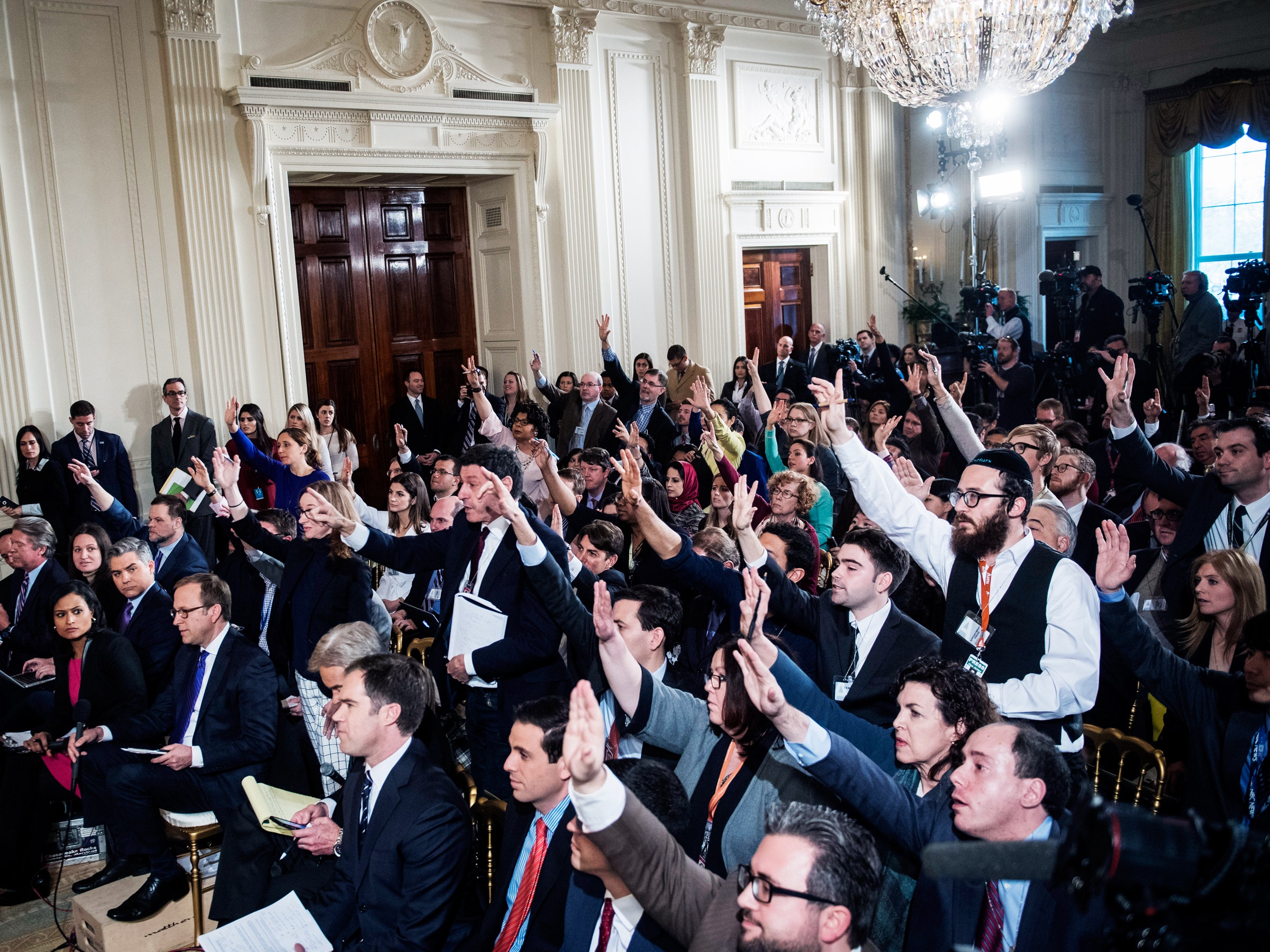 See those guys waaaay in the top right corner? The ones in the dark corner of the room, with the cameras and telephoto lenses? Light from the front of the room needs to hit those sensors. They’re competing with the open window behind them, and the chandelier above them. And this is a room with white walls, so you have plenty of bounce.

Here’s a guy who fitted a newer camera with one of these in 2013: 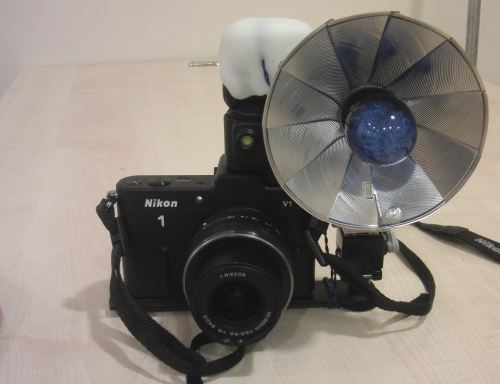 Fitting A Modern Camera With An Old-School Flashbulb - DIY Photography

Swedish photographer Sven Hedin was not happy with the flash his the Nikon 1 V1. specifically the proprietary hotshoe mount (and he is not the first one to dislike that). As any hacker would do he fitted his camera with a shiny new Flashbulb...

And finally, the HHL is the old guard. Surrounding them with old trappings feels fine to me.

Oh, I realize that flashes are still necessary for all the reasons you describe. I just haven’t seen an actual flash blub (or flash cube – yeah, we had an Instamatic back in the day) in eons, just electric (and now LED) flash units of various sizes.

And finally, the HHL is the old guard. Surrounding them with old trappings feels fine to me.

Now that I can believe.