I can well imagine Jason and Alycia’s next date 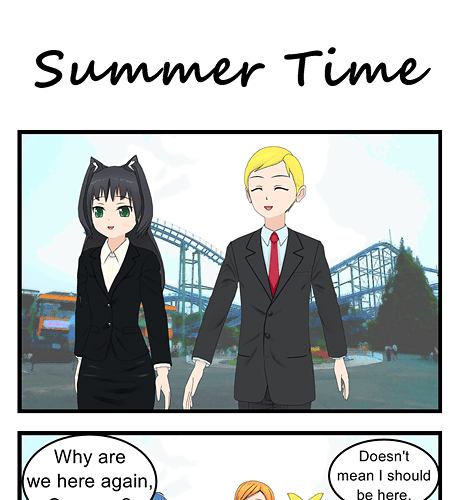 Not a Pidgeverse comic, but a shout-out to two things: “Person of Interest” (where Reese inexplicably thinks this explanation will solve anything) and “A Centaur’s Life” (where kids on a high school date are trailed for excellent in-story reasons by both their friends at school and the CIA).

I’m trying to figure out the formalwear+amusement park combo. The date is really a MiB-style assignment from Parker, only the climax here is at Six Flags over Paragon rather than Flushing Meadows? They’re undercover for services at the ultramegachurch of Willy Sunday, whose property not only has a full-size amusement park for the kids but hypnospeakers in the main sanctuary to build his Holy Army? It’s actually opening day ceremonies at the Interdimensional Communication Array, and that’s not a roller coaster but a weirdly shaped antenna?

I don’t know, but they seem to be having a good time, so that’s what counts.

“Bill was lazy about costume choice” leads the pack of likely theories, but they can be attending a music event or something that’s in a concert hall on park grounds.

That seems too prosaic to be true. 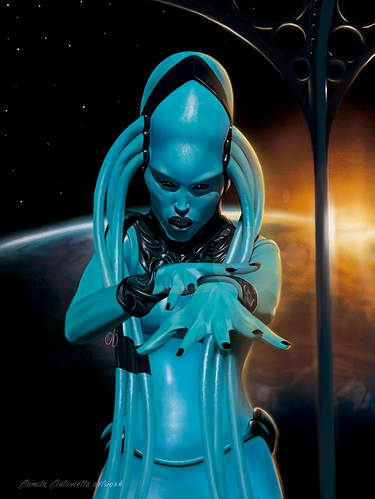 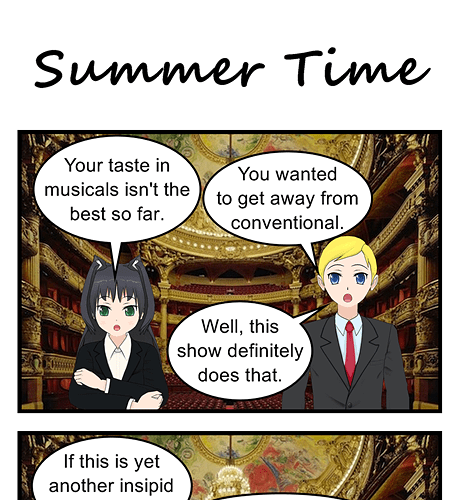 How seriously is debatable, but buckle up for more comics. 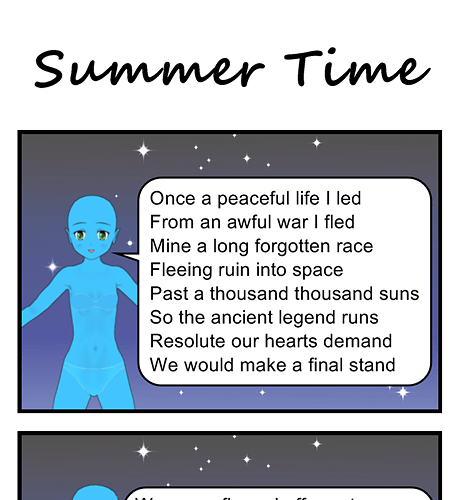 @Dave can tell me how on the nose Alycia’s reaction here is, but it feels authentic to me… Proceed [Y/N]

As I was reading, I was thinking, “She has to turn her opinion around … this is right up her alley.”

Everyone has their own preferred form of activism. 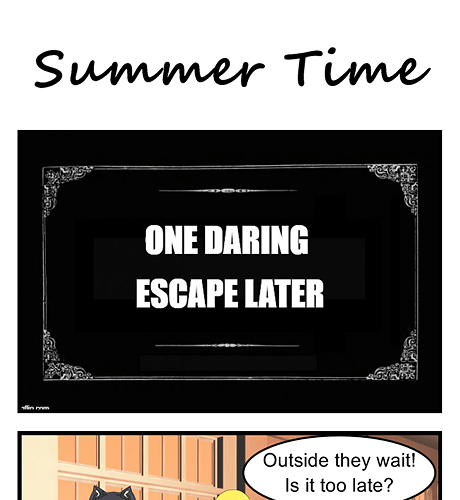 Love it. While I’m sure this isn’t what you were going for, the rhyming alien is giving me some serious flashbacks to my childhood. 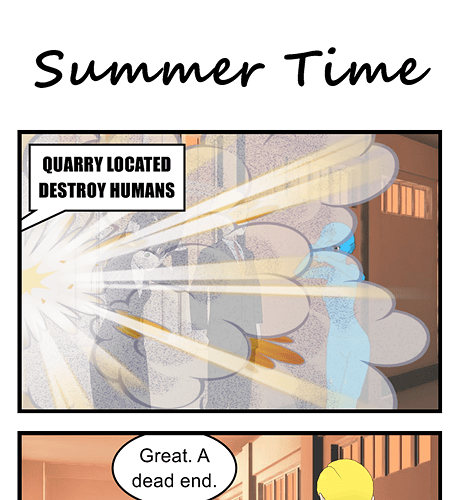 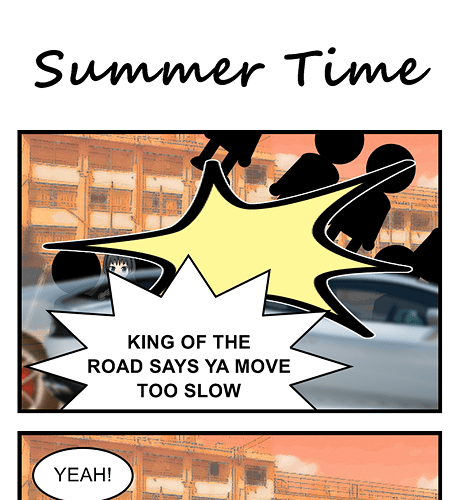 I won’t completely cheat you guys out of action, I promise. 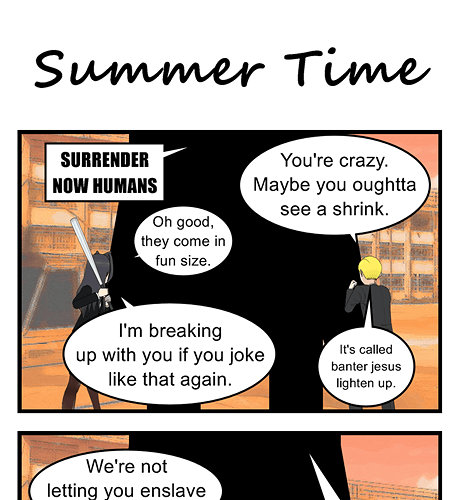 Tsk, look at Adam, not letting those two have their fun. He’s a nuisance I say. A nuisance! 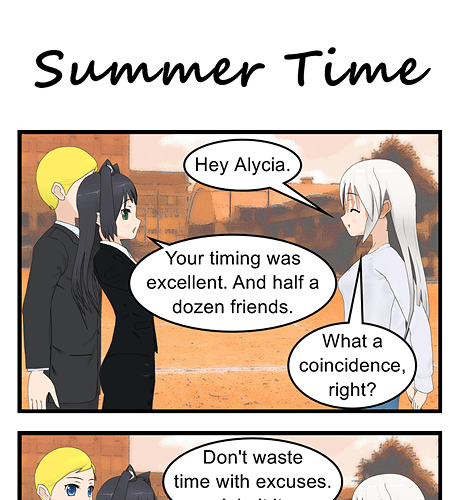 Literally nobody wants Jason’s opinion about that. 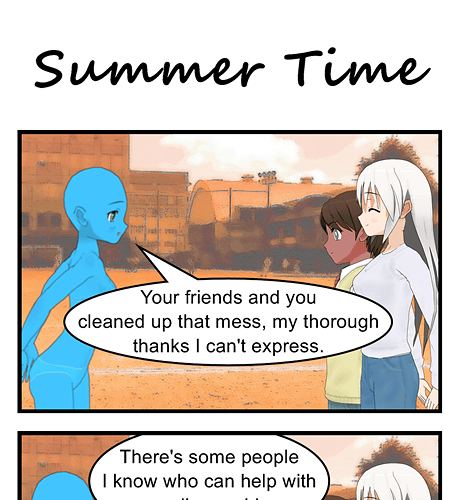 And so, the date was saved! And Summer has learned a valuable lesson: be more subtle when you spy on your roommate.

Thanks for reading. Hope folks enjoyed it.

This is a bit of a departure from the usual Nomad, because she’s not originally human - at least as far as anyone knows - but her story fits the Nomad’s better than the Outsider or the Star. Gaining and giving trust is a major element of her story.

When our team first came together, we had to deal with a danger I’d met while traveling the farscapes. What was it, and how did we send it away? The team fought off the Blot expeditionary force, and routed it thanks to Concord’s reputation.

Decide for yourself if it’s funniest to flip these two.

Influence: No one has influence.

Random notes I came up with for writing Octava in the comic:

Basically, she’s a (very distant) take on an artistic child raised by a dour fundamentalist family, so write her as such.

I meant to post this earlier, but got distracted. 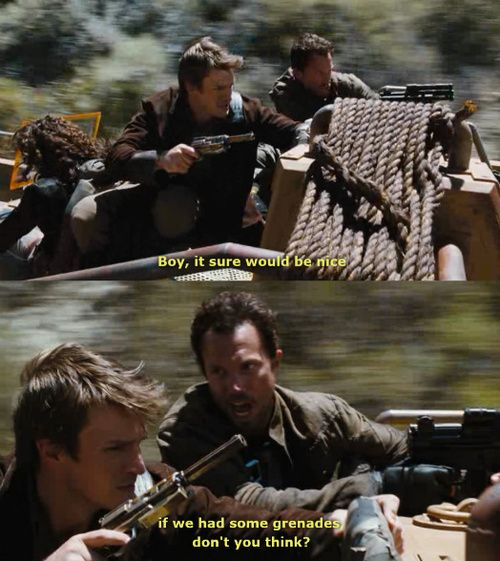