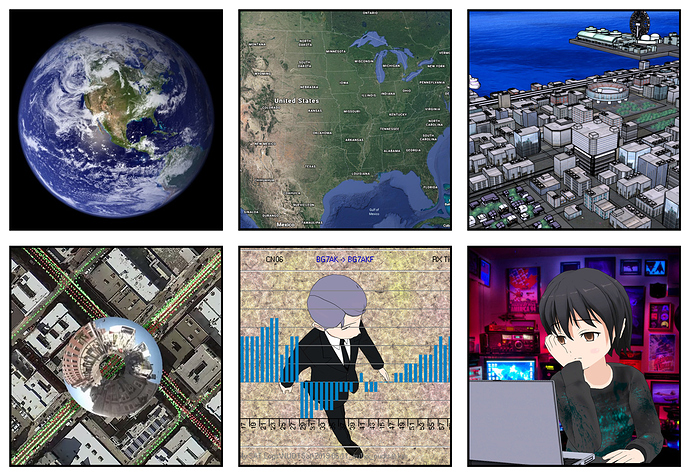 LOVINT is what they call this.

Intelligence collection activities are divided up by how you go about getting the data. HUMINT is Human Intelligence - asking people stuff. SIGINT is Signals Intelligence. CYBINT or DNINT is cyber or digital network intelligence, my specialty.

LOVINT is “loved ones intelligence gathering”. You know, like cyber-stalking, only you work for the NSA, so you can literally tap into every part of your ex’s communications. Find out who they’re dating now, what they think about it, who they talk to, whatever. It’s checking up on the ex on Facebook, except you’re Mark Zuckerberg.

In my case, it’s blood relatives rather than someone I dated. Thank god for being totally uninteresting to anyone, because jesus, I’ve seen some of the messy shit that happens there.

AEGIS knows I do this. They know I don’t do it much, which is probably why I get away with it. Every so often, I get in the mood to spy on my parents, see how they’re doing. Then I get sick of it, and go back to my real job, freshly motivated.

I wish my parents had listened to me. I didn’t fit into their world-views. I didn’t plug into the sockets they expected. I wasn’t the obedient child they prayed for.

I wish they had been okay with that.

If my parents had spent more time with me, more time listening, but… I know the truth. They talked too, and I should have listened better, tried to figure out what they were saying.

I could have hacked their world-view, gotten through its defenses, got into the system, understood it. I never did that either.

I wish that instead of staying close to our ideals, my parents and I had been close to each other. I regret not being with them more often. I regret it being too late now.

There’s only so much regret I can stand before I get disgusted with myself.

I guess I do this kind of thing to stay closer to them, even if they don’t know I’m here. Like grandpa, I’m looking down on them from above, except with spy satellites instead of from Heaven. Even if I don’t interfere with their lives, I guess… I guess the most important thing is that I’m thinking about them.

I wonder if they think about me. 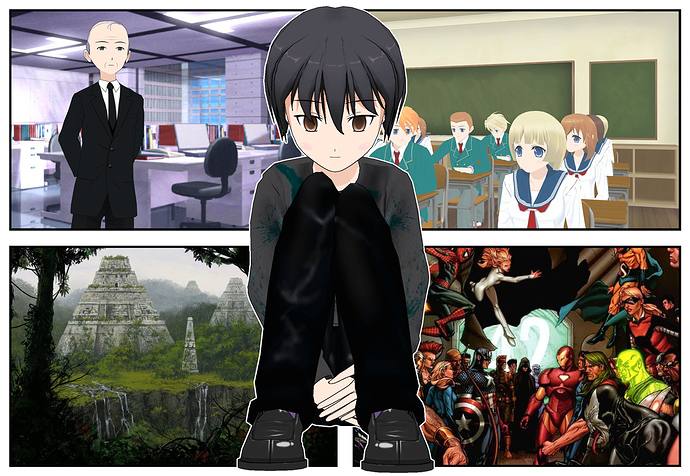 No extra story, I just liked the visual of Alex being at the center of all these worlds, but not really being a part of any of them.