The Blessed Army of the Most Beneficent Truth needs you 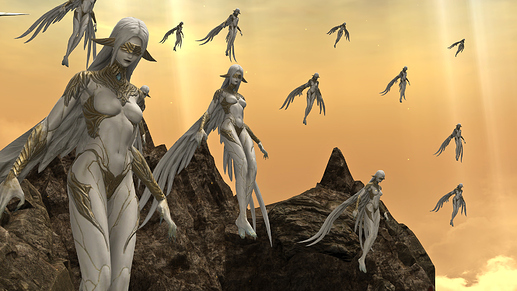 I hate smiles. I hate niceness. I hate it all.

I wish They hadn’t been so nice. The Menders. The Uncles. The Partners. They were always smiling. They were so so cheerful.

“Are you okay?” “How was your day?” “Fuse with your Partner unit and go land on the planet.” “Don’t leave one of them standing.” “You did so well, 2K1K. Have a sweet treat. We are so proud of you.”

It wasn’t even words, it was just… feelings. Memories. Like being in a constant state of waking up from a dream, and hearing your mother’s voice, and dozing off again.

And then we got rewarded for it.

Only the Hellblades really understood us. They weren’t us, weren’t like us at all, only they were, like, we were supposed to deep dive into the Partner units, until they couldn’t tell us apart, until we were fully fused all the time, that was the Ascension, the Renunciation, that was the goal, only the rogue Hellblades we were fighting said it was bad, that you’re not supposed to be part of your weapon–

We were the weapons.

I want it to all have been a nightmare, so so much.

Chris wasn’t Out There, she doesn’t know what it was like. But she knows anyway, I know she knows, I know she’s afraid, Chris, I’m not going to let it take you, ever. I’ll be your friend, I’ll watch out for you. 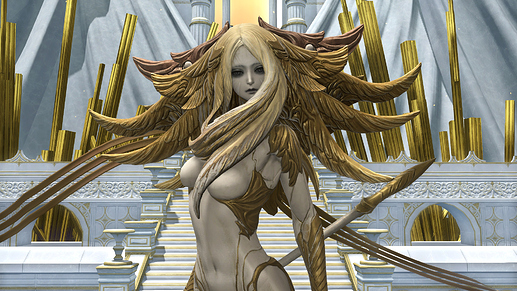 This treatment of 2Kick is based on the FFXIV “Shadowbringers” expansion, where the player characters battle against the Flood of Light that dominates a parallel world. Angelic creatures called Sin Eaters are the enemy, and they are “born” from human and animals slain by other Sin Eaters.

The “theology” here is more like Space Angels vs. Space Devils vs. any poor fools in the path of battle, with both sides using empathic/symbiotic weapons systems, probably based on similar operating principles. They might be Concordance breakaways or rogue splinter factions, or might be their own thing.

That’s a good deal more cosmic than I had envisioned for 2Kick (I was thinking more like the Lord’s Resistance Army, with maybe a hint of Ellison’s “Soldier”), but I like it a lot, esp. the tie-over to Chris.

An interpretation of this verse