Since we’re all here kind of staring at each other …

… I am happy to offer, for one night only (well, actually, it could bear a certain measure of replay, but …), a game of One Last Fight (previous reference), run by me, to whomever within the sound of my voice has an interest in joining in this coming Thursday.

Let me know of interest, if only so that I can do some preliminary setup. While GM-less, it does have some administrivia that is helpful to address.

And if you want to join in, here’s the Roll20 invite: Roll20: Online virtual tabletop for pen and paper RPGs and board games

There are others showing from the previous run, but this will be whomever here wants to participate – at least me and Margie

Also, I love that GIF, so don’t judge me.

And if you’ve not played before (or even if you have) the rules are in the Journal and should be visible to all. They are a short read, though not as short as before I essentially rewrote them to actually explain things properly.

It is horrible, not because it doesn’t play through the game, but because (a) the background music is too loud and repetitive, (b) it doesn’t discuss the initial game setup, (c) the host is just sort of all over the place annoying. On the other hand, it does (a) actually play through the game, (b) include the game’s author, and (c) demonstrate how players control the setting on an ongoing basis. So caveat spectator.

I signed up for the game

Let me know of interest, if only so that I can do some preliminary setup. While GM-less, it does have some administrivia that is helpful to address

Dave, just wanted to check in to see if there was anything further that needed to be completed before hand or if this was all just Roll20 setup?

It is all Roll20 setup on my part (and pretty minimal except for CDOs like me).

The only thing that could be done by players beforehand, but which can easily be done completely in-game, is to have some ideas about a setting:

Thanks, all. That was much fun.

And, having cleansed the palate, I’d be happy to discuss what, if anything, is next.

I would volunteer to run something, but I’m currently GMing something and don’t want to overcommit on prep, esp. as returning to the office becomes a thing. I’m also happy taking a breather if there’s nobody burning to run something.

Thanks for running, Dave. It was a very fun game.

As for other games, just to remind myself, you folks are out next week transporting James back to his jail ce… erm, dorm room, right? If so, we’ve got a bit of time to decide on things.

Here’s what I have for one-shots:

And as usual I own a million games, either in print or online, and if people have a genre or system request, I can probably find something appropriate.

you folks are out next week transporting James

On the one-and-two shot front, both Flotsam & Jetsam and Dwindle both sound interesting to me.

And as usual I own a million games, either in print or online, and if people have a genre or system request, I can probably find something appropriate.

I am also in a similar boat. Games for days with a wide spectrum of interest in running and/or playing in them.

Need to take some time to look at the concepts.

Since we’ve had a couple of nice palate cleansing one-shots (thanks Dave and Bill!) do we think we want to try something with a bit more meat on the bone?

This weekend I’m going to dig through my bin of RPGs to see what sparks some interest. This is me though, so whatever it winds up being is going to be a bit eclectic and/or just strange. If anyone has any suggestions on theme, genre, or game system, let me know and I’ll wander that way through the collection.

So I did do some delving over the weekend, though not terribly much. Very little piqued my interest that I would want to A) play for an extended amount of time in B) two hour sessions. But there were a few contenders.

I’m fairly certain I’ve brought up Rhapsody of Blood before. It’s a PBTA-based game about a group of heroes of various origins fighting against manifest evil. Quote from the book below:

Rhapsody of Blood is a gothic action RPG where you wage war on an evil castle from outside the world. The players will control a bloodline able to recognize the castle’s corruption and fight against it, and an explorer sent by that bloodline into the castle to defeat the regent, protect humanity and win glory and power. Each time the regent blights the world or is defeated, the castle retreats from the world; you cover in broad strokes how your bloodline fares until the blood moon rises again a generation later, and new heroes are chosen.

I blame the Castlevania animated series artbook showing up on my doorstep the other day for this game holding my interest. Possibly not for everyone, but we’ll see what folks think.

On the less macabre side of the spectrum, recently one of my friends talked to me about Fate and when I gave my standard “reasons I don’t like Fate” their response was “well have you tried [several different things] while running a game?” and they made a convincing enough argument where I wouldn’t be against running the system again. And if I was going to run a flavor of Fate, why not Atomic Robo?

In Atomic Robo (based on the comic book of the same name) you play Action Scientists (and their companions who might not be scientists but still action-y) caught up in a world of weird and mad science. Avert the end of the world, deal with supernatural threats like the ghost of Thomas Edison, and generally deal with wacky hijinks. The fact that one of the Skills your character can have is Banter should tell you at lot about how serious this game takes itself.

With those two games in mind, thoughts? Opinions? Alternative options?

I will point folk at this. We’ve been in kind of a deep huddle here – just kind of tired and run down a bit, which has kept me from champing at the bit for the Next Game, but I do appreciate the research. I’d likely be up for either – I’ve got a pretty complete TPB of Atomic Robo, so I’m familiar with the setting (and, really, anyone who’s done Girl Genius can probably improvise as well, even with the modern setting). Rhapsody in Blood sounds funnish, too, but that’s me.

I actually like both Fate and Atomic Robo. I’ve seen nothing of the Castlevania anime. I’m happy to play either one as usual

Margie’s inclination, not surprisingly, is for Atomic Robo. I am frantically pushing my TPBs of it at her. 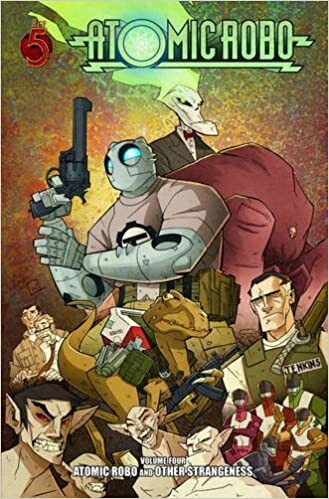 I created a category: 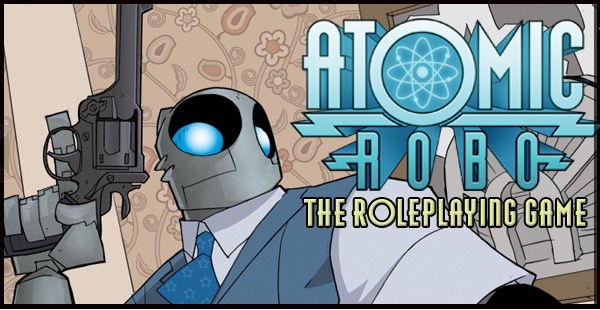