Playbook: Pilot. A former merchant turned parts smuggler turned blockade runner on the outs with a racing syndicate. Uses a mixture of martial arts, melee weapons, and guns in a fight. Although he feels that his life is guided by the Way, he doesn’t have any skill in attuning to it.

Heritage: Wanderer. A veteran of the space-lanes, born aboard a tramp freighter to a family of merchants.

Background: Syndicate. Worked as a smuggler of illegal parts to help organized crime fix racing events. He justifies this existence by refusing to move weapons, human or xeno slaves, or similar cargo.

Friend: Triv, a ship mechanic. A “ship shop” owner, doing refits and after-market modifications with a concentration on engines and gadgets. Triv owes enough Syndicate bosses (and vice versa) that he can claim independence. Mentor and later friend to Gan when he got started. Played by: Tej Parker from “Fast and Furious” franchise.

Rival: Choss, a professional racer. Blames Gan for failing to deliver (and/or dumping into space) a shipment of parts that would have given her a major victory. Former and perhaps ongoing romantic relationship, as both are major adrenaline junkies. Played by: Roxy Rocket (or take your pick from aggressive thrillseekers in fiction) 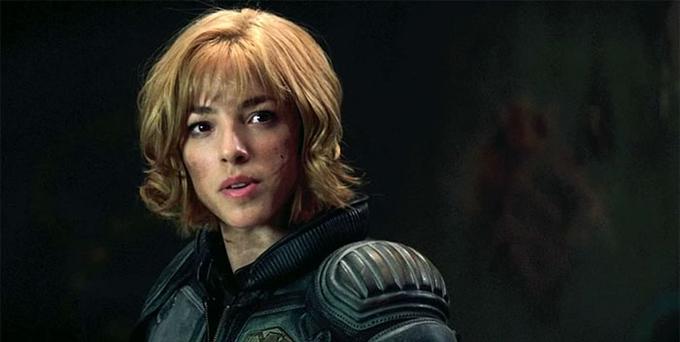 Vice: Gambling. When not actually piloting or fighting, enjoys games of chance, especially sports betting (out of loyalty to his old friends).

My assumptions about “racing”:

In story terms, the racing sport is here to:

In story terms, the racing sport is here to:

I’ll add to that " give corporations and syndicates a deniable field test Arena for found but still totally illegal ur artifacts and things of that nature."

Also thank you for giving me an excuse to finally watch Speed Racer.

Name updated. He’d answer to his callsign too, so if there’s any confusion, just use that.

Ditto for Monster. Indeed, that had kinda been my intent, as I look back at it.

Just dropping a note in here that I put in some placeholder images for choss and triv, and those should be updated when we start playing, with the images that you’ve chosen. More of a to-do list thing than anything else.

The pictures can be pretty much anything, the “played by” notes I put in were for personality more than anything else. If the images sell “wise-sounding, wise-cracking mechanic mentor” and “thrill-seeking, hard-living creature of the Id”, then they’re good images.

If the images sell “wise-sounding, wise-cracking mechanic mentor” and “thrill-seeking, hard-living creature of the Id”, then they’re good images.

That I will let you decide!

Things I learned about Gan this session:

My initial thought upon reading that item in the Pilot’s gear section was Gilliam II from Outlaw Star, but I could see going a couple ways with it. Maybe the Urbot is in like a ball-shaped body and has to be kept in a special holding container or else they just roll around uncontrollable. And instead of directly assisting, they just chime in with commentary (perhaps all beeps, whirls, and chirps like a certain other famous scifi robot). Plus, think of the pun opportunities if they had a black paint job and were called 8-Ball (since Ur tech is magic, for all intents and purposes)… “What do you think 8-Ball?” “whirl, chirp, chirp, beep” “We don’t have time for you to think it over, I need an opinion now!”

The cutesy robot angle is the part I want to avoid, actually.

. But what if such bots were used in the space-racing world? Pilots plug into them as a neural interface, the bot plugs into the ship, and voila, enhanced reflexes. Gan’s not a racer, but a racer friend who died (under mysterious circumstances) left his behind for Gan, and now he keeps it for sentimental reasons. Maybe he thinks his friend’s spirit is somehow still plugged in. Maybe it is…

The cutesy robot angle is the part I want to avoid, actually.

But how will we sell merch to kids without a cutesy robot mascot?

But how will we sell merch to kids without a cutesy robot mascot?

Armin has no toy, but he’s the seller so he gets a percentage.