Chapter 11: The Fellowship and the City of Chains

“Next time: on the path, close to the city gates, after we evaluate the session stuff.”

Save a community? N
Strike a blow? N
More about the world? Y

Overlord <-- but of course
–> Another Overlord Army, the Scourge
–> Forge a bond: I know the heart of Mayor Edgar.
–> Advance plans: p182 … forces are taking action, stopping very difficult

Virens: A feature of the mountains that Virens spies as we head toward the city that it’s just as well we avoided? A prevalence of small prey animals because there are no predators.

Wynn: Perception of the spirits? As they appeared in life, solid, but with a sense of shadow / marked by death. As they remember themselves. Just a scosh different.

Carabas: Why that young girl? Why does she speak to me? Why can’t I hear the others? Because she’s more real – the youngest, but an older soul that has left a stronger memory. Her spirit is not here, obviously, but its memory impression is stronger, thus Carabas’ keen sense can perceive it.

Aether trams / Ferries.
Crystals turning aetheric gyroscopes. Gimbal mount.
Cargo carriers, of various types depending on local civilization and forms.
Here not made for long-lasting use – made of pine. Barge-like, open long boats. As craft wear out, the core is built into a new craft. Capstans used to shift the assembly to control direction. Some jig sails for propulsion. Along with a windmill propeller (man-powered, Rowmans Union).

There are better roads approaching the city from the Toskan Empire, with trade.

Rowmans Union – probably some of them are Orcs. Orcs aren’t treated here with suspicion (the Toskan Empire isn’t out to conquer them).

Few arrive to the city on the west or north, mostly on the south and east. Flat expanses outside the walls/buildings. This area is thick with shrubbery.

Each landing area has been cleared, paths to the city entrances. Some outbuildings. Huts/cabins. The Lilacs. Also some heavily-thorned red berry bushes, cleared back from the landing pads.

And here we are! Chains Cross! 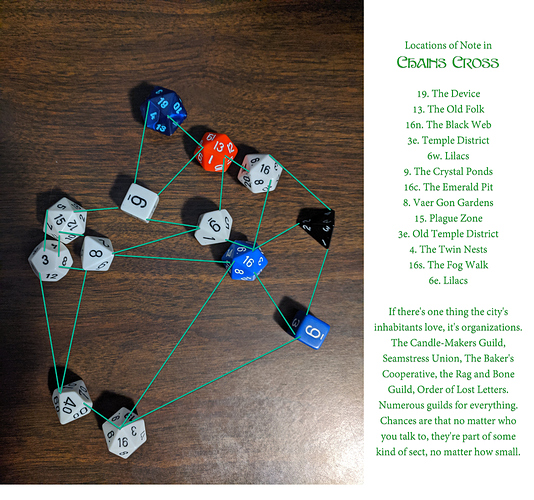 Rowan has been here before. Last time was while on his Walkabout. Crossroads for many places. Too many people, though.

Wynn – generally stayed away after ticking off the Wind God.

Rowan’s Prophecy: They’re here, talking to a group of people.

Overlord’s goal, to dominate the city. Siblis, the Orator.

We head from the Lilacs [6w] to the Black Web [16n], because that’s where Rowan saw his Prophecy. Maybe.

Carabas: people seem very subdued and quiet vs. most human cities, which are noisy and bustling in a very annoying way.

Checking things out …
Rowan (with help from Virens?) Look Closely --> 11!
People are trying hard not to stare at our group … so they’re looking at the Harbinger, warding off the evil eye. All the same gesture. Virens notes this, keeping on guard.

Rowan looks for the dried up fountain where Siblis was in his vision.

Vaer Gon Gardens [8] - the mayor’s estate, but way older than that. Ohir ownership remant. A solarium (we have one!). 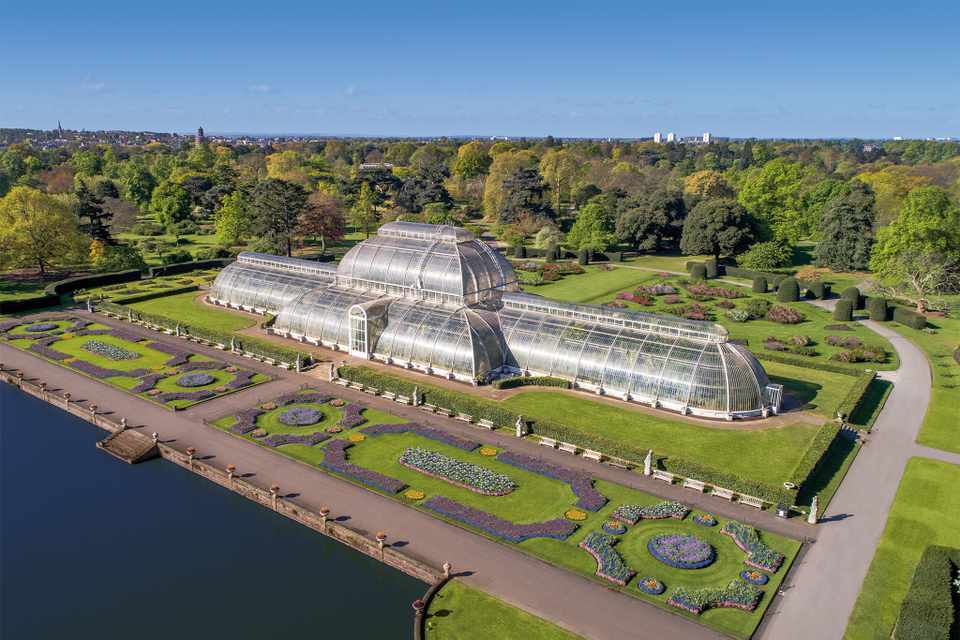 Mayor sitting there, holding his tea, takes a sip, set on the saucer with a clatter because his hand is shaking, then lifts it back up to keep it from rattling. 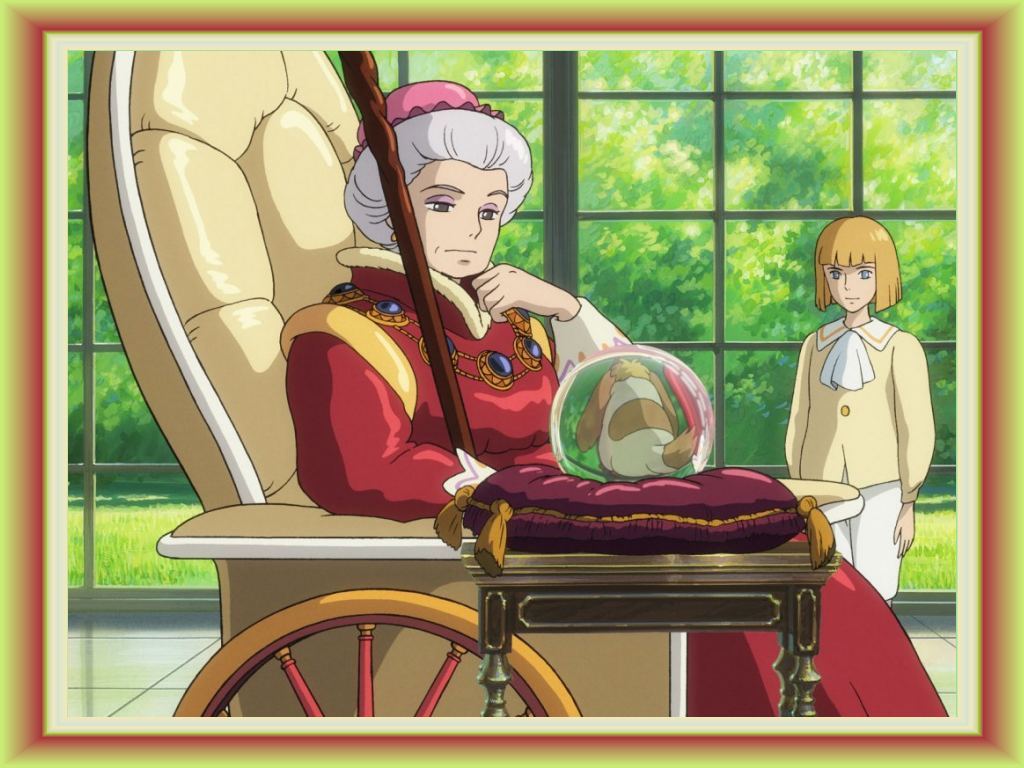 And in the shadow, Siflay is lurking in the shadows, Ekki striking a pose looking out the window. And, facing the mayor, the hooded and obscured figure, Siblis the Whisperer. “They have arrived in the city. It has caused a ripple through the population. It could --”

And another voice (which stills the mayor’s tremor and returns his confident smile) “They’re nothing, chasing their own tails, it’s unimportant. You have done great work here. You have brought these ungrateful woodmongers to heel, and for that I am very grateful. You have done great things.” Shudder of pleasure, as Ursula steps up and puts a hand on the mayor’s shoulder. “The mayor speaks the city where they can hear, and you to where they do not hear. And once we have them, then we will drop this benighted stone and suck the life from the emerald heart and be that closer to our final goal. What can they possibly do? That said, we can’t have troublemakers stumbling about. So, maybe, Mayor, a little law and order?” The mayor agrees, and trots off.

Ekki looks like he might disagree, but chooses not to. Instead,
“And we are to continue on the plan?”

“Yes, absolutely, please. With all due haste. Much of the city is less than it once was, but we should be able to what is necessary here, and the power to be gleaned will be more than sufficient for the next stage. Pave the way to the Emerald Pit. Siflay, my good general” – hands a crystal embedded ivory rod – “see if you can wake up the device. I know, it wasn’t part of the plan … but if we don’t try, it definitely won’t benefit us. And who can I send but you? I think I could find something to do with a caged god, don’t you?”

Wynn: How close to know another Ohir is present? Definitely have the wiggins. There’s also a flock of birds overhead, angry … and he sees another flock over another part of the city …

Virens: Definitely hostile territory, esp. toward Rowan. Feels weird not being the target of the ire.

In the distance, a sound that doesn’t seem to suit the city: marching, booted feet. Carabas hears it.

Rowan - this is not the place from the vision. Should be more run down.
Carabas - Might want to do something about it before the marching boots get here. (Coming down from the Emerald Pit [16c]).

A Fine Place to Stop

So if there’s city guards, what can we do about them? What ought we do? These are some general thoughts.

Political power is tied to military power. If you can’t enforce your laws, your laws don’t matter. You can have political power anywhere that your military can reach. This probably comes as a surprise to nobody.

Military power follows geography. If you can’t invade, you can’t win. The geography of this world isn’t that of Earth, so (for example) Chains Crossing isn’t really afraid of an enemy army marching to their gates and taking over. Tosk can’t just overthrow the city, but could lay siege to it, blocking trade or reinforcements. The advantage is probably with the high ground, though. So, they probably wouldn’t be super worried about offending the orcs.

Personal power still matters. In a one-on-one fight, a typical city guard will probably not survive Virens. A group of guards will probably not survive the Fellowship as a whole. There’s only so many soldiers in the city, and if they just openly attack us, it’s not going to end well for some of them. Nobody wants to be the first to die for their boss’s whims, so it depends on what they’ve been told (or what they believe) about us, and our motives.

So in short, I don’t think that anyone coming for us will care much who we represent, but will still worry about who we are. I expect that we’ll be “asked” to appear in front of the mayor, and I don’t expect that we’ll just roll initiative for combat (at least immediately).

How does this all sound?

One question is really around the “motivation” for the city guards. If just city guards, then, yeah, not a huge worry. If mind-controlled-by-Overlord-powered-fast-talking-general types, then it may be a bit dicier.

Yeah. And we might be able to pick up on that with Look Closely, if the assumptions here all sound right (e.g. “why are they immediately attacking us? that’s crazy” “or sorcery”).

Some of that information, will come out straightaway as a follow-on from the Look Closely of last week. The guard’s being sent were part of Virens’s question about the leadership, so when they show up, they’ll bring more data to you.

It’s annoying to work out fun stuff for the evening and then watch the ‘next available game’ retreat to the horizon line. Grr.

So, to remind myself later, mostly: Rowan did Look Closely and got three questions. Answers were hazy, so I’m trying again later. (Where “later” is “now.”)

Things you’d know if I was better at expressing myself.

2b. Rowan can combine ‘influence over others’ and ‘highly obscured’ and maybe get a good idea of a harbinger capable of it.

Rowan’s already deduced that pulling the power from the city’s “emerald heart” is probably one of the overlord’s current plans, but he’s also twigged to the fact she’s petty and vindictive, so also there’s probably something going on here with subjugating/humiliating the people of Chains Crossing. Those are the two goals. Probably one can be dealt with by heading to the crystalline heart of the city. The other maybe the major’s, to hunt down the source of the taint.

Also: Wynn has noticed the sign of the birds that harry the steps of an Ohir remnant, but for once they aren’t circling above them - instead they seem to be off in the distance, and possibly moving - Wynn has MORE than a strong intuition that Siflae is around. Whether they say anything to anyone else about that hunch, or act on it, or don’t, has yet to be determined.

I thiiiink that’s most of the information currently out there. Hopeful we have options aplenty. Sorry I under communicated most of this on the first go-round.

3 posts were split to a new topic: Suggested NPCs

What do city (or other) guards do in a city like this?