Here’s my initial thought. Hopefully it works out well with what everyone is going for and the game as a whole, but we’ll see. As always, subject to chance.

Tachyon (the Beacon)
Abilities: Martial Arts (perfect timing), Acrobatics (perfect coordination)
Drives: help a teammate when they most need you, earn the respect of a hero you admire, tell someone your true feelings for them, reject someone who tells you “you shouldn’t be here”

How did you gain your skills? I’ve just always had really good timing. Like I always know what time it is and if I watch someone throw something, I can usually match the throw. I really wanted superpowers, but if all I have is good timing I’ll use it.
When did you first put on your costume? It wasn’t a costume but when Rampage was tearing apart the Jamison Building downtown, I was able to run through the falling debris to get some people out of there.
Who, outside the team, thinks you shouldn’t be a superhero? There’s this Waters guy at AEGIS that, after he found out I didn’t really have any superpowers didn’t think I should be putting myself into danger. But that’s like the AEGIS line about keeping kids safe. I know what I’m doing.
Why do you try to be a hero? Superheroes are the best. A lot of kids just care about pointless stuff like grades and dating, but superheroes are different! They care about helping and protecting people and that’s what I want to be.
Why do you care about the team? They’re heroes! They’ve got powers and they all try so hard to help people, I just need a chance to prove that’s who I am too!

The idea of “Either he has no super-powers, just an interesting skill, or a super-power that seems kind of lame, but in either case, he uses it shockingly well” is fun. 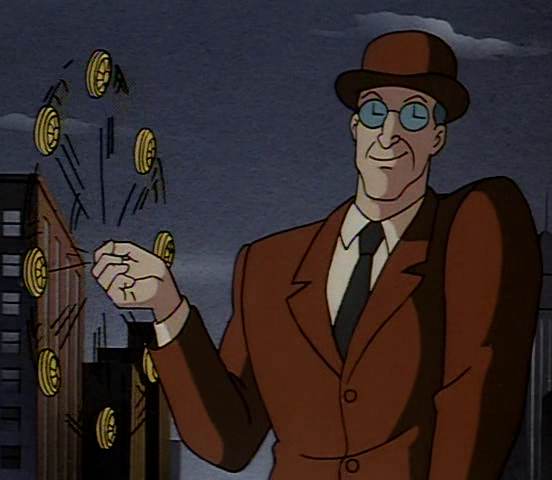 The ability to have greatly enhanced timing and synching skills. The user can synch, or time their actions to other actions being done around them, meaning they can effectively punch a speedster that is otherwise going too fast, dodge a bullet that...

Huh, apparently there is a name for that.

Anything on backstory, supporting cast, etc. or still thinking about it (or waiting to see what inspiration strikes)?

Purposefully no. Partially because I want the opportunity to both riff and be riffed off by other players, but partially because I sort of want Tachyon to be this “I am skipping all my classes, ghosting my family, and letting my life go to hell to be a superhero because being a superhero matters not all this mundane stuff” trashbaby. Work/life balance really hasn’t occurred to them yet.

Relevant tropes or videos that I can think of.

Characters who can’t do stuff consciously: 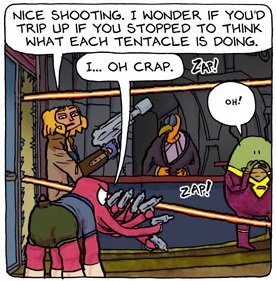 A trope named for the folk tale poem about a centipede who had no trouble walking until asked how he managed all those legs. He started thinking about the process and immediately became unable to do it anymore. In psychology the effect is known …

The last fight from City Hunter, a movie with Jackie Chan at his Beacon-est:

Since I’m horrible about coming up with character details in a vacuum, let’s see if we can’t generate some interesting questions for me to answer. 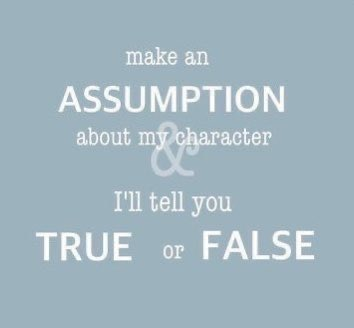 Assumption: Rodrick is an oldest child (and has siblings).

Rodrick is an oldest child (and has siblings).

I’m going to have to go with false. Having younger siblings would make it harder to justify (as much as anyone could justify) a lot of Rodrick’s selfishness and idiocentric behavior. It would also be another step away from “asshole but relatable” than I’d like.
Being an asshole teenager: Relatable.
Being an asshole teenager who isn’t supportive of their younger siblings: Total asshole.

Rodrick has used his abilities to sneak into someplace he shouldn’t have been.

Roderick has perfect musical timing (obviously) but can’t carry a tune to save his life.

Rodrick has used his abilities to sneak into someplace he shouldn’t have been.

Definitely true. Probably the worst thing he’s ever done is sneaked into a basketball game (Go Roboraptors!) because timing is everything.

Roderick has perfect musical timing (obviously) but can’t carry a tune to save his life.

100% true. It’s easy to replicate arm and finger motions, but breathing is a whole different story. Just like lip reading isn’t a perfect science, him trying to replicate someone singing or even playing a woodwind instrument is going to sound like someone murdering a cat. Plus, he just isn’t that good of a singer.

He often sleeps in class.

Margie: He doesn’t like coffee, but hangs out as Has Beens to meet people.

He often sleeps in class.

Yeah, totally true. I mean, it’s just school. It’s not like it matters in the long run.

Margie: He doesn’t like coffee, but hangs out as Has Beens to meet people.

True to the first part and probably true to the second part. He’s probably been kicked out more than a few times for pestering the other customers. Lucius always lets him back in though, because he’s a softy and thinks the kid’s heart is in the right place even if his brain isn’t.