Since Gothwitch (one of my favorite NPCs) will be, presumably, on-stage coming up …

She fought a vicious spectral creature - maybe a supervillain, maybe just something - that was preying on mortal grief. Under any other circumstances this is something you’d brag about, but she’s never ever said a word of it in public.

She’s the Janus. She has some abilities all the time (enough to pass for a low-level super) but to access her full power, she needs to transform into Crisis Sorceress: Amethyst Fairy, a magical girl. And she hates that. Hates it so much.

She’s also not the first Crisis Sorceress, so there’s all that baggage she’s trying to avoid.

Roddy’s got a crush on her. But it’s not “part of the mission” so he is kind of a dunce about it.

Also from Incorrect Quotes: May 13 edition … 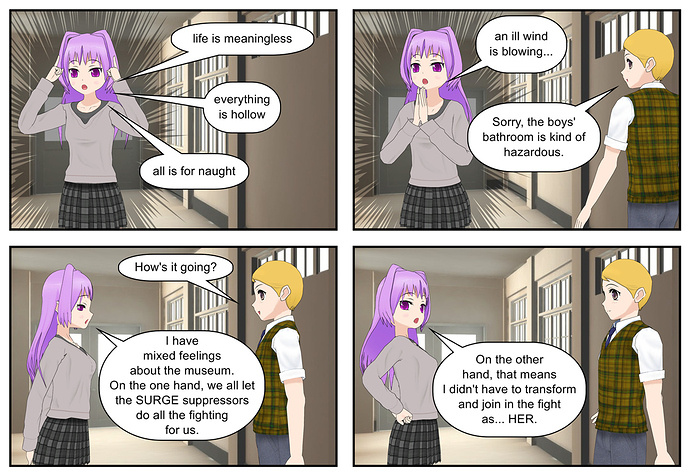 I knew there was something I was forgetting to do (there are many, but this was at least one of them). 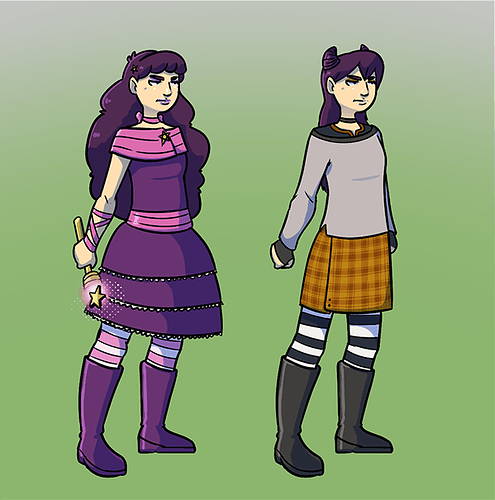 The amusing (or sad) thing about Gothwitch is that she perpetually looks cranky and angry, but normally it’s just a default pose or performative attitude, but when she’s tapped into her Crisis Sorceress: Amethyst Fairy mode, it’s real.