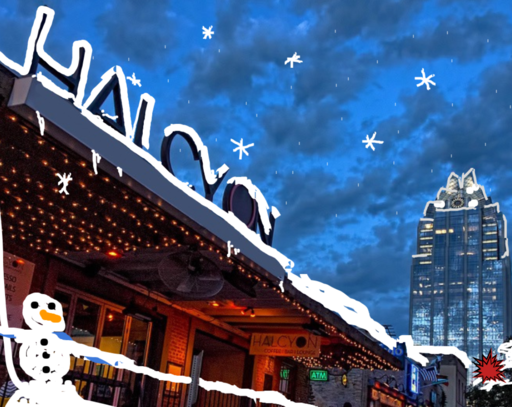 Harry: “What a day this has been! Started with switching bodies, stupid Christmas party, everyone fell asleep because magic sucks. We had to figure out a way to deal with Vy – Icelandic creatures. And we somehow managed to find the cat, but what was really hard was my trying to use Concord’s powers. After I failed a couple of times, Sol decided to take over, and some of his space magic put me and Concord back into our proper bodies. Then he promptly defeated the cat. After that, we went to meet with some of the other heroes who’d managed to capture one of the Yule Lads. Charlotte took a look at her cemetery and saw there was was bright light surrounding it …”

[Clear a condition, and shift a label up and down]
[Also, take influence over Dad from last time.] 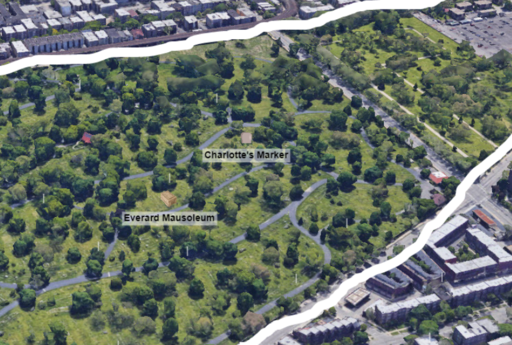 Focused the Everard Mausoleum, there are a ton of bright lights set up. High tech. Vyotovian forces, sepia-toned masks. School bus sized hovercraft, one parked at the edge of the light, some smaller 4-man ones. 40-50 troops visible. Activity focused on the Mausoleum. Also some lab-looking specialists in the same class of garb.

Charlotte wants to wait for backup. They drop to a rooftop on a building overlooking cemetery.

Concord is passed out in the Quill disc in a Host Regernative State.

Leo is Jason’s body, driving the disc, headed back to the Quill compound, where A10 grabbed one of the Yule Lads, and taking the bag away cause people to come back out. Leo wants to get Taz’s Vyortovian book (via Stingray) to Charlotte. But he also has to help the YL get put in a holding cell.

Harry stays out of the disc. He heads over to Charlotte to give her further support. Goes and gets the book from Stingray and brings it over. Administrative AI – Byron – has been a lot more mellow the past few days. Jason coaches Leo on some passcodes, biometrics check, drop the YL (Spoonlicker) into the barometric chamber we used on Ghostheart.

A10 and Telekinesia can still fly, and Animal is good at finding people. The Yule Lads seem to be really angry, like they are being controlled. Just like the Yule Cat was complaining about.

Leo notes that the soldiers aren’t going to sleep, so … why?
Hmmm … maybe race an adult outside of the city to see if they wake up?

One big piece of equipment in the cemetery … generator, but hovering off the ground. Charlotte tries to see what’s going on [Rolls a 2], and the whole group of Leo creations is helping … a 3x2x2 foot device (hypertech, definitely) is being walked into the mausoleum, but it’s covered in the interdimensional tumor stuff, with light-pulsing pustules, the light accelerating, into the ground zero of the hole to the Sepiaverse. The specialists are urging the soldiers to go faster before something happens.

Charlotte realizes that without her own instincts she can’t figure it out. Calls out for Jason’s help.

Otto: This is going to blow up in a minute.

Charlotte decides to attack the transport to draw their attention. While Harry would grab the bomb. Leo shouts to commit.

Harry and Otto head in. Otto grapnels the hovercraft, flipping it.

Jason hears Charlotte – and pictures moving through shadows … step into the shadows … and doesn’t realize that it’s not a stroll for Charlotte, but a point-to-point. He focuses on the local freaky weirdness … [takes Afraid as a condition]

Leo grants permission to A10 to drop off more prisoners. He heads for the cemetery.

**Charlotte **jumps off building, starts to fly down … and it seems like the power is cut.

Adam is still out.
Leo is flying. And there’s someone standing beside him. L’ilycia! “I’m Alycia. Okay, so I’m not Alycia. Numina says that you just went coma-unconscious at the cemetery, she’s trying to get the suit back up, but you’re not responding inside.”
Leo feels the nanobot swarm tingling painfully.
Alycia: “Hi, btw. Where’s Jason?”
“That’s what I’d like to know.”

Charlotte – feels for a moment like she’s dead again … then … in the Shadow Realm.
In her own body!
Vision doubled … Jason looking down …
“I fell out of Link’s body” heard … twice. Through the Link, and also inside own head. She’s inside his head, her head, whatever. “I DIDN’T TOUCH ANYTHING!”

Everyone else is getting mic feedback.

Harry has gotten to ten seconds.

Troops are reacting to Otto’s attack, but he’s getting assists from Pneuma and Numina.
Link’s limbs are flailing a bit where Numina is trying the body to move.

Harry is going to focus on getting the bomb away.

Entering battle with a dangerous foe.
No agreement on leader? Probably Harry.
Agreement on purpose? To Stop the Bomb.
Everyone trusts each other.
We are a bit offbalance, though.

Harry unleashes his powers to overcome the many, many guards.

The Vyortovians are ready for a speedster.

Otto is getting distracted, heading to help the girls; Leo assures him, distract the guards. Otto hammer-throws the ship toward the mausoleum.

Harry jogs, ducks under it, sees some tech on the door that seems like a trap …
… and Harry zig-zags, and runs *through* the mausoleum wall.

Shoulders the soldiers inside out of the way, grabs the box, phase back out.

Heads for the water with it. Lights are strobing faster. Five seconds. He spins, hurls it away … at …?
… flies upward …

Charlotte can’t get up within range of the Mausoleum … there’s both the Sepiaverse hole, but also some sort of disruptive field the Vs have set up.

Leo comes roaring up in the disc. And sees his suit fighting, Pneuma and Numina fighting with the suit alongside Otto. Leo tells Otto to grab one of the (conscious) V soldiers. “Don’t worry, this is for science.” Latched onto the disc. 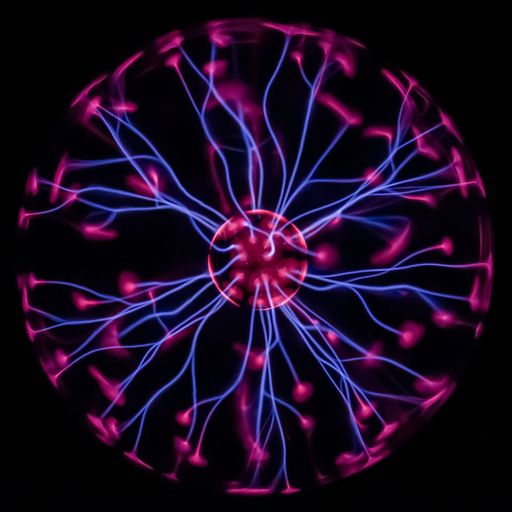 512×512 35.1 KB
The bomb-ish thing detonates above the city buildings – a plasma ball, reaching but constrained. That’s what Charlotte and Jason see …
… and where the effect reaches the ground, the ground boils away, creating another inter-dimensional hole.

And if it had been within the Mausoleum … Jason realizes it would have been a chain reaction that might never stop.

Everyone else just hears a big crack with a little pyrotechnics.

Adam awakens abruptly in the back of the disc. “What’s a Force 4 Dimensional Breach?” 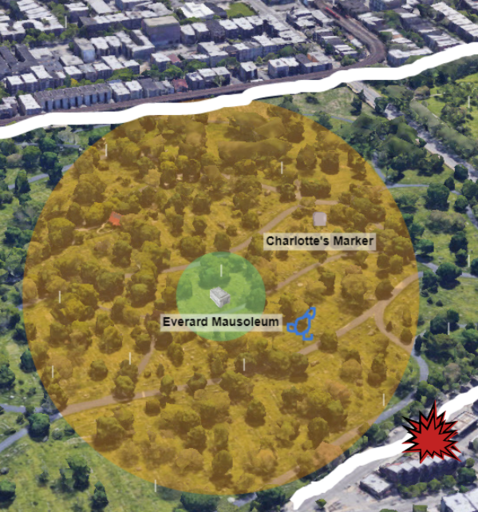 478×512 433 KB
Charlotte tries to impact the shield over the cemetery. Picks up a stone within the Shadow Realm. Thinking of anchors – the graveyard, her team, things that are real and solid and reliable.

Charlotte throws the stone she was empowering, and it flies in a straight line, and it impacts the effect …
… the generator spreads into pieces, then falls apart … the barrier drops …
… the snow stop falling for three seconds, the effect spreads through the city …
Leo is suddenly pulling himself up into the disc … looking at Jason.
Jason is in the disc.
They look at each other a moment, then Jason gives him a hand up.

Charlotte is alone in her body.

Messages coming in … A10 – the bad guys have vanished, the people have recovered.

And suddenly people are remembering about Iceland, too?
The Sepiaverse is real. The holes are real. And Iceland – lost Iceland – is real.

It’s an eye-opener that Ghost Girl has done this.

The adults don’t wake up until dawn. 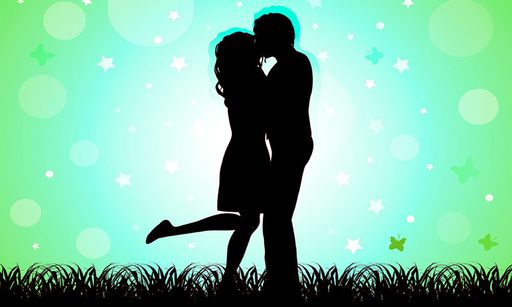 Leo grew into the image of himself and GOD DAMN good find on that final image.

Another “nuns” moment, lampshaded by the Flash: http://www.dailymotion.com/video/x3idbtx (starting at 0:58). One of my favorite Justice League episodes, diving into the Golden Age via an ersatz JSA.

A wonderful episode to bring up Dave. Especially relevant, as I think at around 1:58 in that video is a perfect example of crossing over into the SepiaVerse (or at least receiving a vision of it).

Leo grew into the image of himself and GOD DAMN good find on that final image.

Height differential aside (and I don’t recall if that’s accurate), it was the the “kissing silhouette” image that seemed least guy-kissing-girl vs guy-and-girl-kissing I found in a quick search. And a tip of the hat to the happy couple.

A wonderful episode to bring up Dave. Especially relevant, as I think at around 1:58 in that video is a perfect example of crossing over into the SepiaVerse (or at least receiving a vision of it).

Oooh. Hadn’t thought of that aspect of it, but, yeah.

Apparently the episode was originally supposed to actually feature the JSA (instead the Justice Guild), but DC decided the treatment wasn’t respectful enough of the Justice Society (which reasoning I understand but strongly disagree with). This has been presented as a preview/ad for the ep in its JSA form, but I have my doubts it’s authentic (for all it’s very cool).

For me, the wrongness of feeling “this is a parody of the JSA” worked favorably for the plot of the episodes. I also don’t know if you could have gotten lines like “you’re a credit to your people” out of a serious character, but coming from what they were it was acceptable. And if even parodies can step up and become real heroes, that to me makes the episode ending all the more powerful.

Discussion to have later: “Jason, why is there a little kid in your shirt?”

Discussion to have later: “Jason, why is there a little kid in your shirt?”

For me, the wrongness of feeling “this is a parody of the JSA” worked favorably for the plot of the episodes. I also don’t know if you could have gotten lines like “you’re a credit to your people” out of a serious character, but coming from what they were it was acceptable. And if even parodies can step up and become real heroes, that to me makes the episode ending all the more powerful.

Except while today they would seem parodies (as they seem to the modern JL characters trapped there), they were perfectly in keeping with the true pulp / Golden Age era heroes of even the JSA, simply not advanced beyond that 1930s-40s mentality. One can argue that those portrayals were parody (or, rather, simply a given story-telling style), but that line (and the attitudes) were very classic JSA in a way that modern incarnations of that team would never dream of being.

And, yes, that makes their ultimate heroic sacrifice all the more moving. Which provides the reason why John Stewart found them an inspiration, and it wasn’t their less-than-woke social attitudes).

I’ve been messing with different overlays for the game recording. I would totally be using something like this: https://youtu.be/06Ro3fAbQnk?t=22m51s - if we had video signal from most people, but of course we don’t.

This just makes me want to take a second stab at trying to setup something a little more… elegant for the overlay so we don’t have to have that Discord page overlay. Let me look into this (fortunately, I’ve got direct access to my OBS expert) and then we’ll see what we can do about using that first overlay full-time.

Good news, I figured it out. I’ve got a working prototype setup in my own OBS install. Doyce, whenever you get a moment and want to talk about this, hit me up on Discord (this is definitely a conversation much better had verbally, the alternative is me giving a dozen complicated steps in a list).

Sounds good! I’ll see if I can get on early tonight.