SURGE’s assignment. New team name! But clearly a simulation for the class. But, also clearly, this will be our club/team name.

But it won’t be tattooed on us and it’s not necessarily our public identity.

Sponsor: Arizella (with provisos).
(but with SURGE still razzing on us)

No “Doom Patrol” comic book in this world – various cartoons instead of the Super Friends. 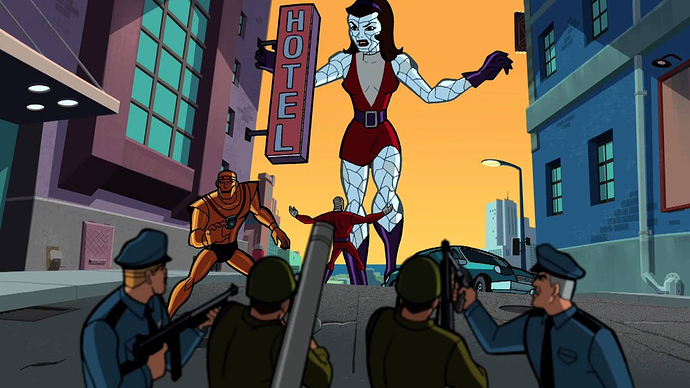 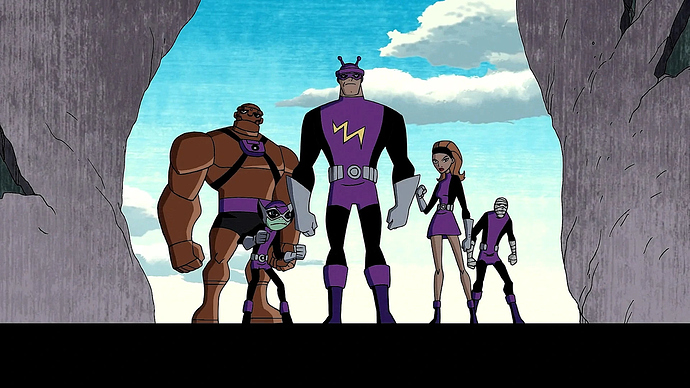 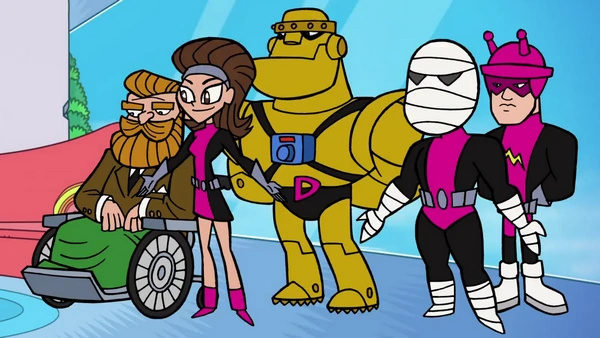 And a gritty 90s reboot that nobody talks about. 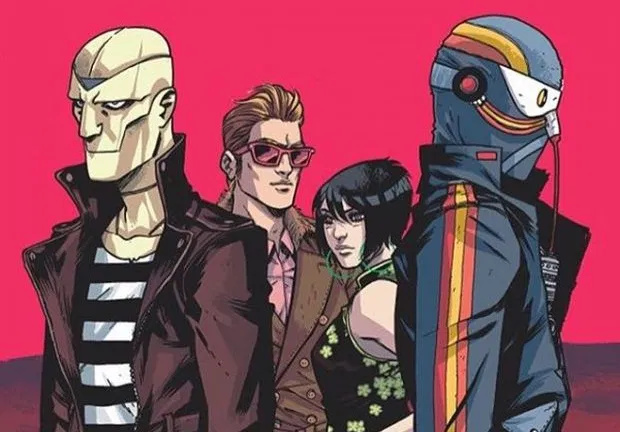 SURGE starts right off, asking us … calls on … Mette.

M - The group has decided that, in light of our interest in research and exploration, that we should be the Tomb Patrol.

Sequoia laughs. Paul “Nice”. Gothwitch “Seriously?” Hunter snorts in derision. Nono giggles. Emma looks annoyed, but also a pun eye roll. Evan likes the name but also likes it from a very straight answer. Chris “So cool!”
SURGE … just writes it down. “So glad I waited 24 hours for that.”

Everyone gets one from a list of supergroups in that category.

Kelvin gets up, as he exits, shouts the DOOM PATROOOOOOLLLL!!! cry.

SURGE says we need to get paperwork finished up asap, and places it needs to be filed outside the school.

Rappin’ with the Princess

Joe next has a class with Arizella. Honors English, where he got xferred to after the first week. 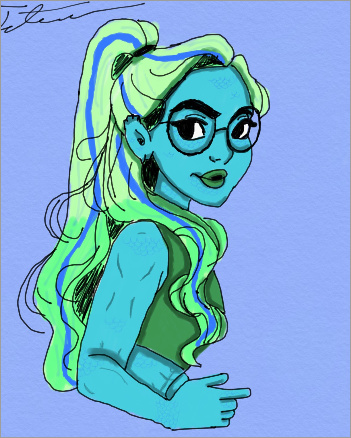 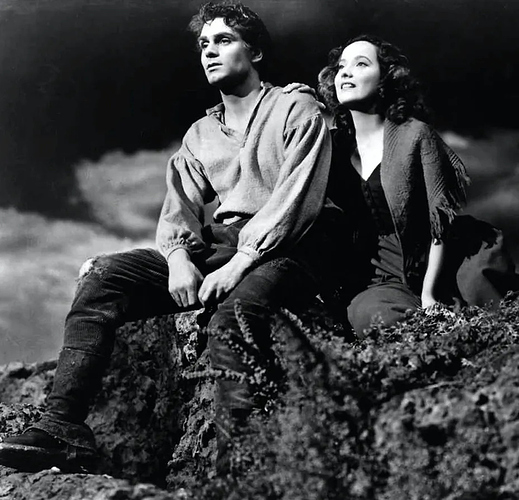 Walks through class, giving advice.
Joe is sheltering his paper, flipping through pages …
“Someone’s headed in the right direction …”
SIGH.

10 minutes left, starts collecting sheets from people, folk who are done, folk who have given up.

People filing out.
Az - You should be proud, Mr Young. What’s your final paper on the book to be?
J - Heathcliff as representative of outcasts in society …?
Az - Very thoughtful. Might even earn you an A.
She’s a hard grader on analytical stuff, but effusive about the creative writing. An A in first semester would be amazing.

Joe … takes advantage of the opportunity, stammers out that he and his group of friends (named off) are being encouraged to form a formal club.
Az - Well, if you are looking for my encouragement, you have it.
J - Was looking for you to be our sponsor …
Az -Your academic sponsor?
J - Our club sponsor.
Az - I have a few questions … bring lunch back to her class
Joe runs off. “Thank you!”

The group chat name changes periodically, as well as the nicknames for various people
There was a war last week of Roddy continually changing the name to “Awesome Surge Suppress” and everyone kept changing it to something else
“Suppress” because there is a character limit

Kiln sees chat as … well, there was communication with magitech, nothing like this. They tried to explain it to Alex, and they got all flustered. Moods were involved. And astrology, though that was just about the reception.

Roddy gets simultaneous messages from Powertronic and Joe.
“How many people are coming on Saturday?”
“Six.”
The group. Plus Gothwitch. To whom he wants to show off.
R - Hey, Joe! Powertronic says to come over. There will be canapes. See ya Saturday!

So intermingled threads of conversation. 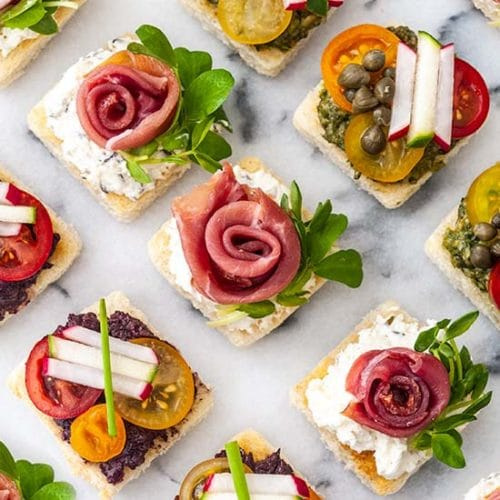 Free period, off to the library to do some Timeline investigations.
Investigate the Timeline --> 8!
Alliud lead … robotics, tied into SURGE as the martyr.
The past has already changed from the past she was taught. So having to relearn stuff.
Alliud was a “clean” install of SURGE. Who is credited with having done it?
M is looking up SURGE’s early years (secret cabal of rogue scientists trying to create a super soldier “to end all wars”), online records, criminal records, people he’s tussled with …
… while the group chat is scrolling along …
… and SURGE tangled with the HHL … and Powertronic … and they sure fought a LOT, amidst the HHL.
Picture of Alliud several months ago. To one side, head of AEGIS with various agents, on the other side, the HHL, but Powertronic’s expression looking at Alliud is … complex. Pride. Smugness. Personal satisfaction.
As Roddy is texting on about how Powertronic is one of the most awesome technologists of the modern age!

Joe knows that Mette had a flash on Alliud at the museum.
People know in general what she’s trying to figure out.

Arizella is a Princess of an underwater society. Was that civilization known of in their day? They were around. Some communication. Kiln once recognized an imprecation she once uttered in front of them. Biggest change, they were mostly nomadic, small tribes, traders, kidna romantic, etc. Now they have a Princess.

Definitely an interest in learning their history … and maybe the history of Kiln’s own people.

Grab food, sit in classroom. She’s standing in front of the desk, leaning on it, her own lunch to the side.

Az - Honored to be considered. In many clubs when in school. Often had respect for advisors. If we end up that way, hope can bring some value. So, forming a club … for heroic shenanigans … why? What are you planning to get up to?
R - What are we doing?
M - As you know, we are spread across a broad swath of time, and there’s overlap in histories and futures, very much interested in exploring those connections. As it says on Joe’s paper, do the right thing.
Az - So exploring own self … on campus?
A - [DIGDUG - Pacific coast of Central America. … 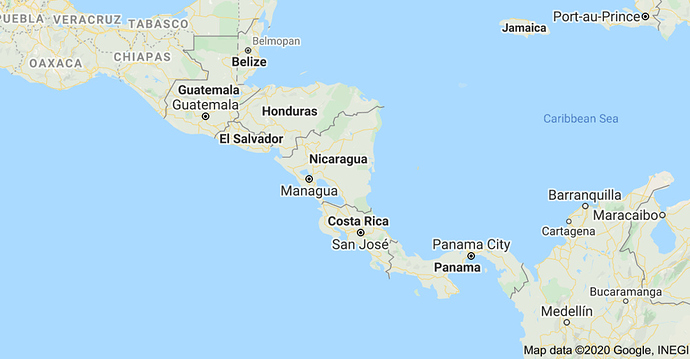 image1001×521 132 KB
… Some pings in Indonesia, not a lot in Australia; SE Asia] Not around the school, or Halcyon. Prolly international.
Az - Interesting, so Hellbinder has approved?
J - If we get a sponsor.
Az - This sounds … very interesting. So Mette … and who else …
K - Alex’ program is looking for architectural styles from my people.
Az - Overlaps in your pasts and futures.
J - There may be something something … related to … (gestures to self)
M - There may be common thread in magitech over time.
Az - Aaah. Have had historians looking at that … when that tech became much more available to people not of that society (Kiln’s). Nobody had any luck making any of it consistently work. Myths, kind of monkey’s paw … (Eyes widen with what she just said)
J - What? Oh – right, monkey’s paw, got it. 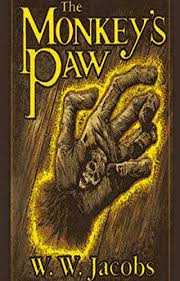 A - We’re bringing the whole monkey for luck. (Joey gives them a glare)
Az - If you can get H to approve me, I’m happy to volunteer.
A - Do you want his approval, or an email saying he approves?
Az - The first one. First year, technically not supposed to be. I actually think he get kind of a perverse glee at doing things the school has not done before. I think this is great. If you need a tour guide underwater, or need me to help.
M - One more thing you should know. We kinda decided on Tomb Patrol as our name.
Az - It’s a little on the nose, but I have to applaud. Perfectly happy to have that be my first.
M - (thumbs up to Alex)

Az - I look forward to your first club field trip!

(Also notes to Kiln wants to speak with them at some point.)

Alex – to Mette … fastest way to get under the Atlas statue.
Statue and KK not connected.
Arrange for an intersection of AEGIS observation and Mette, at the statue, but also make it work out that they don’t take it.
It’s in a chamber, below the statue. Just coincidence, right? (Maybe someone moved the markers when the statue was being put up? Who?)

In fact, the island is riddled with tunnels, access points, abandoned (or handed-down) super-bases. The trick isn’t finding a tunnel, the trick is finding tunnels that get to where you got to.
(There’s a tunnel entrance behind the dead fridge of our hide out.)
Alex guiding AEGIS drones toward the statue … “Gotcha.”

If we want to go for a more magitech style for the Kirby Kraft, I have something in mind… 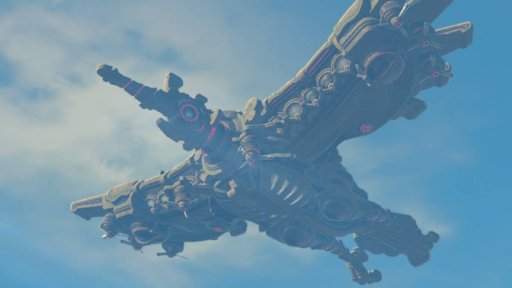 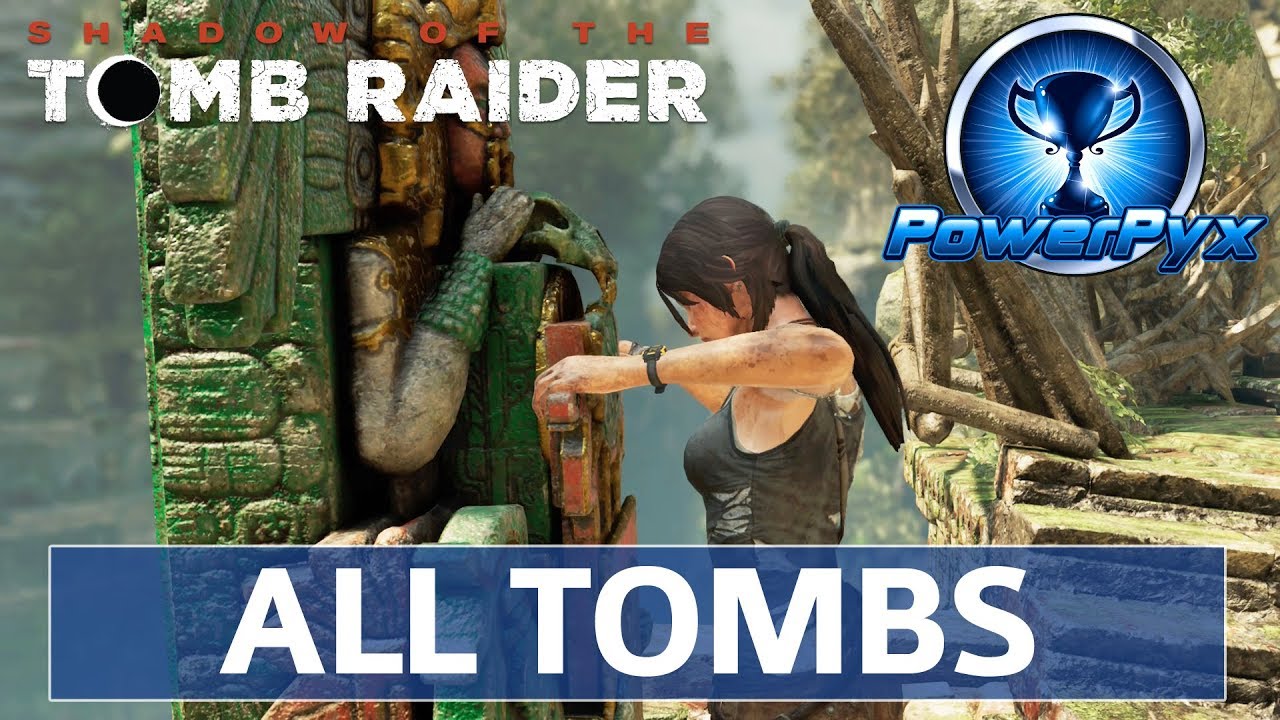 Images posted near the end of the game … 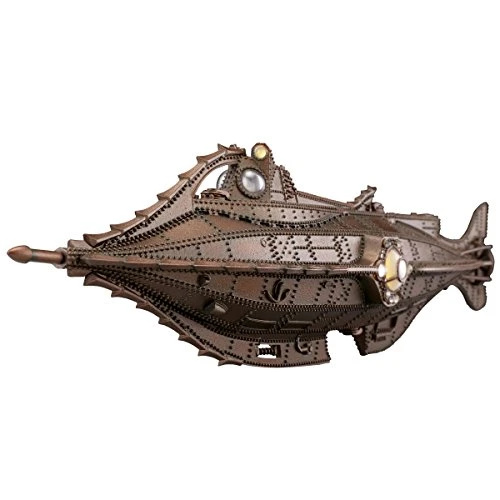 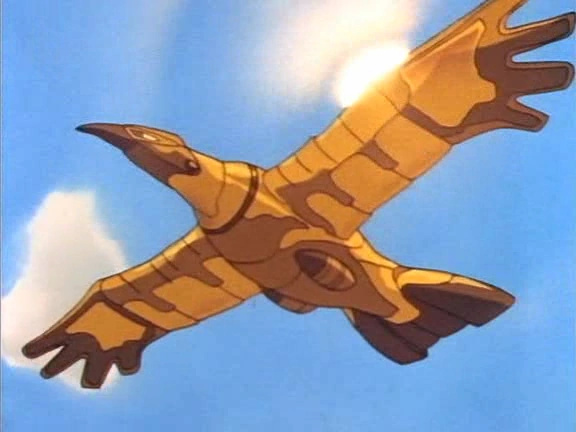 From an annotated version of Wuthering Heights … 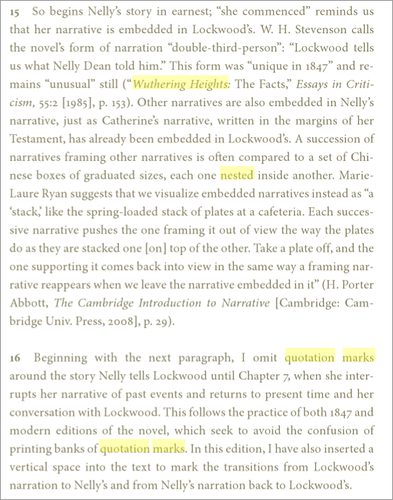 The Doom Patrol has had many instances, but iconically its character list consists of:

(DC’s Doom Patrol bears many probably-just-coincidental resemblances to Marvel’s X-Men – heroes feared and rejected by society but gathered together by a dude in a wheelchair to protect the world, debuting within 3 months of each other, similar costume designs, both groups of the “strangest” super-heroes fighting Evil Brotherhoods … 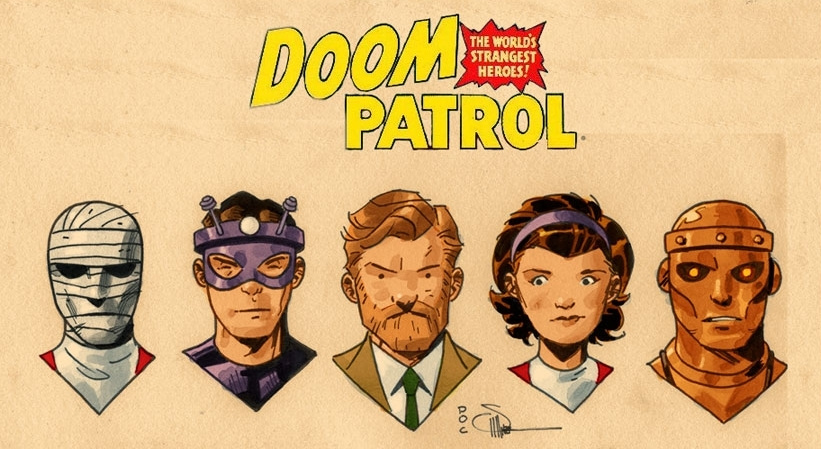 This is, of course, fitting square pegs in round holes. On the other hand, I’d expect, given the pun, that our classmates will do something similar (and probably come up with different answers.

*Mento is not original-original, but shows up pretty early, and he makes 5. The most noteworthy other member of the early days is Beast Boy, who went on from that gig – after the DP died – to become a member of the Teen Titans. 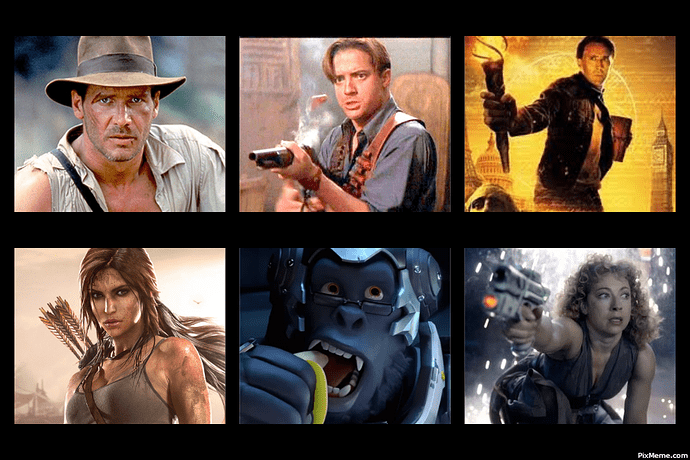 Let’s not forget the other half of the team name’s inspiration!

These aren’t the only possible adventurer archaeologists out there, but I feel like it’s a good sample? 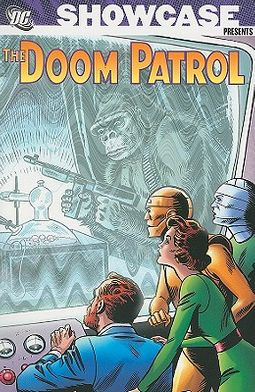 Never give Joe a machine gun.

Never give Joe a machine gun

Or a driver’s license 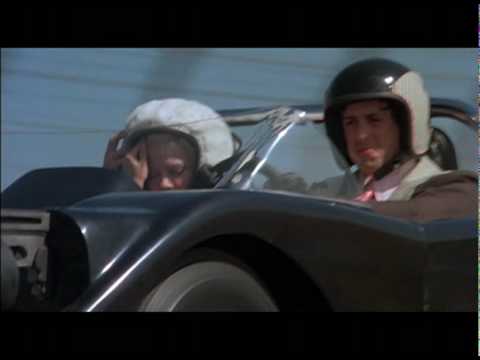 She is if you want her to be.

I’d say Roddy is O’Connell cause he’s just there for the action, not all the history stuff. 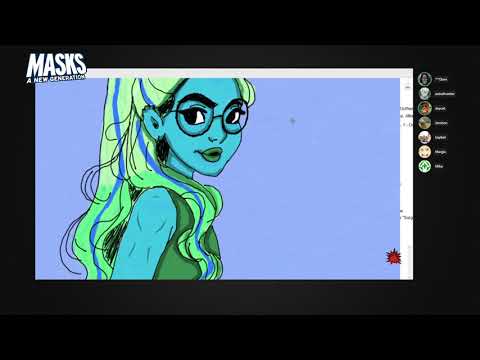