Might be late to the party, but I figure I can throw out some team name suggestions.

Along the same vein of the Denizens, perhaps the Delvers since we are going to spend a lot of time investigating a mystery.

For a mouthful but also sort of fun, the Research Club for a bit of a school theme. Also the Study Hall Five, which could just be SH5 in most cases. Study Hall Six would be better alliteration, but we don’t have six members unless someone picks up a wacky animal companion… hint, hint.

How about Band of Seekers.
Ties into the whole looking for temples thing while not bringing to mind Moria dwarves delving too deep. We can also shorten it to just being The Seekers. And to top it all off and appeal to the teenage rebel, it abbreviates to “BS”.

I’ll suggest either our intrepid art teacher or Arizella for our faculty advisor, with the understanding that SURGE should continue to hassle us when we’re back at school

I’m totally down for that. You already know my vote. But I agree it’ll be fun to have SURGE remain at school and maybe give us stern pointers on what we could’ve done better.

Does that mean we could be the Gaia Grapplers? Or maybe the Arizella Arresters?

With Arizella, we could be the A Team!

Though others, referring to our basement hang-out, might have a different name for us …

Soooooo… Do we have some sort of decision made? A consensus? Something to tell the class?

Surge: You had an extra week to complete the project.
Alex: Yes. And like all good group projects we procrastinated till the last minute.

Actually we are in pretty good shape. There’s like 5-6 serious team name suggestions, and I feel like we are in a good place about advisors. SURGE can hassle us for other reasons at school, so it’s now a father-son duel to see who our advisor is (Art vs. Literature).

I could live with any of those, though I have my preferences among them – and some of them might work better than others on our international travel, if that’s done above-board, or even in Halcyon City.

We agreed to a Father-Son Duel. 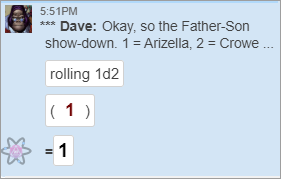 But people feel differently, we’re both flexible. I mean, it’s not like I’m counting this as some great personal victory …

I don’t think this simulation of the Father-Son Duel properly took into account all factors: location of the duel, the aggressor, relative skill levels, physical attributes, whether anyone had the high ground, etc…

I’m going to need at least a 2-out-3 rock-paper-scissors face-off to feel at least somewhat confident in the results. And if that doesn’t end conclusively, we’ll break out the dice and GURPS supplements…

You know I had the high ground.

I’m also flexible. I’ll just ask that we don’t do the part of Arizella’s bio that says she’s freshly graduated and working on relationships with students/friends. Maybe it’s been some years. Or just ignore that part entirely.

I am cool with that.

I’m totally fine with this, but I’m curious about your reason for wanting it

Or maybe flip it so that there are no teacher-student boundary issues involving her, but she does have to deal with having been a student to a number of her present “colleagues,” and so struggles to get respect, to assert herself as a fellow professional, etc.

I’m totally fine with this, but I’m curious about your reason for wanting it

Though I know that no one here would do it, it just has too much potential for inappropriate teacher student relationships/lack of proper boundaries, romantic or platonic, and I would prefer not to have that

I didn’t process that those kind of shenanigans were even on the table from her bio. So yeah, out the door or through the window it goes. 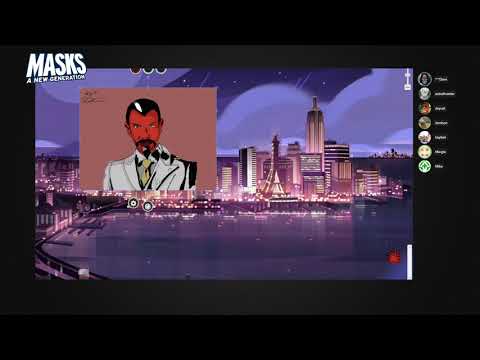