When Last We Left …

We were fleeing the crater that once was a great ruined temple from back in (or before) Kiln’s time.

Much had been revealed about Joey’s furry origins. Also, there was a heart-to-heart conversation between Alex and Joey … which was rebroadcast to the team.

The hunter creature / Stagosaurus located the temple and attacked it. Melee, smash, and an orbital death laser strike from AEGIS prompted by a panicky request from Alex. An orbital death laser strike had some similarities to the stagosaurus’ attack (and Alex’ data confirmed that). And it all resembled the attacks of Kiln’s people Great Enemy, Fluvis. 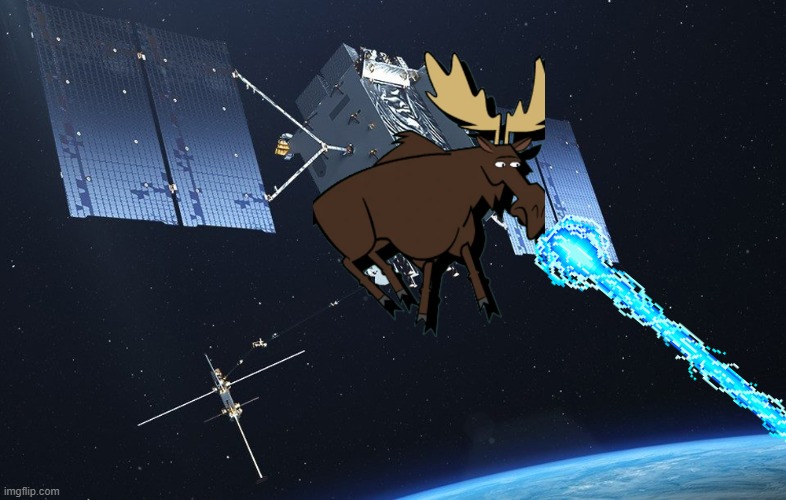 With the temple trashed, Tahi, the Guardian of the Temple, is coming with.

What to do about her?

Kiln - There’s a philosophy position open.
Joey - Guide to the temple in Africa.

Mette, piloting the Excelsior.
Tries to Remember Someone … Tahi. --> 10!
Tahi is the Architect.
There are no AI in the future. But history shows this non-human thinking person who was DEFINITELY NOT AN AI, who to an extent helped shape the technology that led us to the stars, at least from a tech standpoint.
Some of the tech was then acquired and misused by the bad guys at some point.

A Chat With Tahi

A - If you look at it a certain way, blowing up your house was a good thing.
T - Not sure about that PoV.
A - How long since you talked with a living being beside us.
T - … very long time.
A - You were in servitude in isolation. That’s considered solitary confinement, very bad. Also, people were going to find it eventually, sooner or later. And we’re not going to abuse the technology, and now the temple’s secrets are buried, but now your mission is done, win!
T - Logically right, spiritually very uncomfortable.
A - “Technically correct.” It’s the best type of correct.
T - Will concede you are technically correct. It still makes me feel poorly.
A - I know, I have to do paperwork, too, so I feel for you.
M - Change is always uncomfortable, that’s how you know it’s important.
T - Have only ever had one calling. I know very little about world. Not sure about my purpose any more. It was my reason to be.
M - Why was that important?
T - No idea why assigners felt that was important.
M - You never thought about how that fit in with the rest of the world?
T - My world was the temple. Did not stray. Connections to other temples was a reinforcement, as they were guarded by other Guardians.
M - How was your life different when the temples were in use.
T - Had more to do. More caretaking. More to keep track of.
M - You didn’t learn from the people?
T - It wasn’t my purpose. I do not like the idea that I now have no further purpose. It makes me uncomfortable.
M - You are important to my future. Yes, I know of you. Memories are still fogged from returning here, but you do play an important role in my society and events to come.
T - Seems dangerous to take as destiny future memory. Also, somewhat limiting. But a comfort.
M - You have potential of having an important impact. So, your purpose is not at an end.
T - You are all very complicated. My life before was simpler. Where are you going?
M - To our home to see how we can support this change in your life, as well as support our own understanding.
A - Where does purpose come from? Who can original purpose?
T - My creators.
A - What ability do they have.
T - They gave me purpose.
A - How do you recognize it?
T - I had one. When I think about what –
A - You have the ability to give yourself a purpose. My parents gave me one I didn’t like, so I chose another. You have the ability. A skill you haven’t practiced.
T - Assumes I have the same self-determinant capacity.
A - It’s true because you feel uncomfortable. Here, watch Wall-E – you will get a lot out of it.
T - Do you agree?
K - Highly recommend.
T - Very well.
(Head down in the movie.)

A Chat with Joey

Joey is brooding.
K - (pats on back) How admirable of you to declare your intentions in such a way. I’ve been dying to try some good kunji. You know, the dish to celebrate the partnership.]
Wait, what?
K - We all heard you declaring you intentions toward Mette. 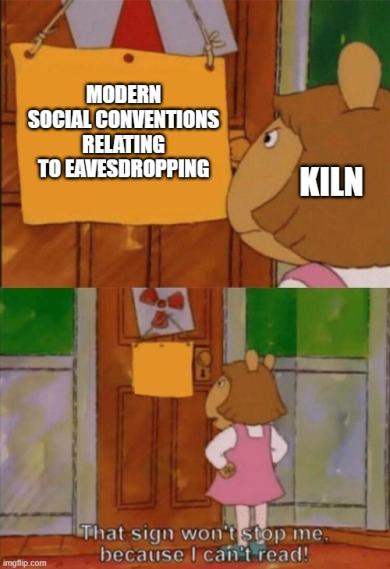 A - (focused on “Animal Crossing”)
M - (focused on driving)
J - You heard the discussion. I had. With Alex. In the jungle.
K - Yes, and I want you to know I support you wholeheartedly, do what I an to help you, and so looking forward to some coongee.
J - Does it involve meat tartare? Because I know some dead meat …
K - Traditionally, berries picked by the couple together. But there have been variations over the centuries. Chicken tendies?
J - (Looks at Alex and then at Mette) Thanks. No coongee in the offing. If so, will consult on recipes.
K - Certainly.
J - I’m going to watch the movie now. (Sit down just in time to see Wall-E doing stuff with Eve while she is in power-down mode)

Mette watching to see how he’s doing and when he might be open to Comfort & Support. Probably when nobody else is around.

Contact the Princess to let her know what’s going on. She is supportive of our actions.

Hellbinder. Arizella. And us, minus Roddy (in the infirmary, eating fudgesicles).

Hellbinder going through a very thin 3-ring binder. Then to a folder. Then back. Forms we filled out for SURGE from Applied Heroics.

“No, cannot find anyone in here in your charter where we describe as a club activity the recruitment of foreign exchange students.”

K - She’s a new professor. I guarantee you will not find anyone with better knowledge of ancient history.
H - We have one. I understand what is going on here, and insofar as it keeps things under the AEGIS radar, fine. But new faculty, who have unreasonable amounts of influence over our gifted youth, go through an extensive and outside vetting.
M - So … a new student?
H - Yes. We get people dropped in on us all the time. It takes months for the paperwork to catch up. … Tahi, do you want our help? Any of this? You are practically a refugee. There is social machinery in place to handle that situation if you wish to be helped that way.
K - That machinery for someone like the temple guardian would likely interface with AEGIS.
H - Maybe. But … she has free will and indepence, and thus should be asked what they want.
A - (thumbs up)
M - Agree. But since we are responsible for displacing her, we have a responsiblity for supporting her.
H - Agree, based on the sketchy briefing I’ve had (Arizella). Legally you cannot assume such responsibility, which means it falls to us.
T - (Looks at Kiln, then Alex) It has been made clear to me that I am … woefully inexperienced with the modern world. That would not qualify me as an instructor. Even when I was in my full role, with pilgrims, I was not asked to do so. Would … like to learn. And if this … team needs my help (looks to Joe) I will help when and how I can.
A - Maybe a groundskeeper position. She can learn, but will also get a job.
H - We will proceed to work with Ms Tahi to determine an appropriate curriculum, a daily counseling period, and write her in as an auxiliary of your school club, allowing participation and excused absences. That should keep things, informally,

M - Welcome to the school. I’ve found it most educational.
T - Hope I do, too. They offer history classes here?
K - Yyyyyeah. I recommend you take Dr Fryth’s applied mythology class.

After … Arizella. - Let’s meet at your clubhouse during your sixth period. We need to talk.

Alex stays out of Joey’s way. AEGIS would really like to debrief at their Earliest Convenie-- “How about right now?”

We went on a weekend … but what about Roddy’s party? With Powertronic? At HHL HQ?

While we’re waiting for Arizella …

Get Tahi some clothes. Go to Jillian for a consult. [Much amusing business I missed.]

Kiln: Working to support Joey. Go to home ec room to make up sample coongee and other tidbits. Ask Chris along to help.

Joey: Trying to write a note to Mette. Unsuccessfully, as the wadded samples and pencil fragments indicate.

Knock on door. Kiln and Chris (Hellblade) are there with many samples of coongee (rhubarb! banana), and understanding how different base ingredients, frosting, and decor symbolize things.

Joe is already Angry, Guilty, and Insecure.
The whole wedding reception food was awkward to begin with. But now … a sampling tray? Really?
Also, memories of being bored out of wits at some distant cousin wedding planning thing, tasting cake and smelling flowers.
And … Chris is there. Helped. And has to know why this is all happening. Which means it’s going to get exponentially worse. EVERYONE WILL KNOW. By thge tiem I get the note drafted, everyone will know and will never have a chance to say anything because they will all be LOOKING.

Joey - “Just … go.” Turns and walks away (but doesn’t slam door). (Door closes automatically, just as Kiln is about to say something.)

Chris - I kinda liked the rhubarb and bananas.
Kiln - OMG IT WAS THE BANANAS!

Alex - debriefing. “So, when did you put a moose in orbit.” (Explains.)
Briefer - whuh?
Waters (entering) - I got this one. … What happened out there? Why did the DEFENSE SATELLITE get called in the first place.
A - Opponent, out of control, probably would encounter a population center, didn’t have assets, note I filed this from the field, only my drones, so imminent escalation scenario, and requested support. Thing is … if it’s the same thing, we didn’t want that kind of power wandering around.
W - Brass will want full inventory of what tech you encountered out there.
A - Sure thing.
W - I’ll check it over before you send it in. [watch buzzes] [double-takes. sighs]

W - They’re requisitioning the video footage. Of everything. Go down to the tech labs and downoad for review.

Alex - Kind of a trade-off. Just as well AEGIS is not raiding the temple, but doesn’t think of AEGIS as bad guys, either. So okay with video download.

Download the drone footage (which he’s already seen on the Excelsior, and has backup copies of). But he gets shooshed out of the room, because he has no clearance to see the stuff that his drones tok.

Alex is just as interested that (a) the Moose took down a bunch of drones, and (b) was stealthed from them.

@doyce Alex will be researching an important question: where did the tech for the satellite system come from?

You can treat this as an ongoing investigation that happens in the background, or have Alex make this move:

When you start to hack something or someone serious, the GM determines the ice that’s guarding this target, from 1 (ordinary people) to 5 (multi-national defense systems). A rule of thumb is that ice is equal to the number of conditions a villain would have, e.g. 2-3 for an average to tough individual. Then pick a number of requirements equal to ice: You need access to their computer or mobile device first You have to be on site (e.g. at a bank, secret base, or whatever) You have to get a lead…

I don’t want to spend a ton of session time doing this, while other players are waiting, but we may as well see what’s what.

In case anyone is wondering, “why Alex recommended WALL-E?” 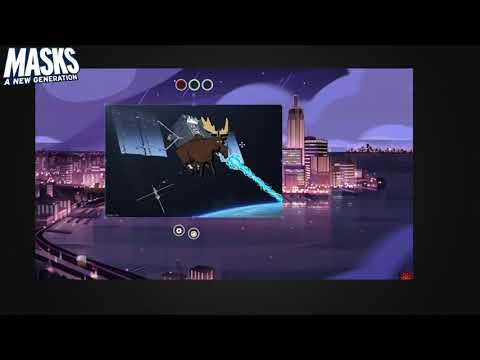