It looks like this comic alluded to a sleepover, but we haven’t seen one, have we. I’ll have to remedy that. The cast of four universes (Prime, the Pidgeverse, and two new ones) will come hang out for a night of conversation, confession, and pillow fights. Comics on the way soon. 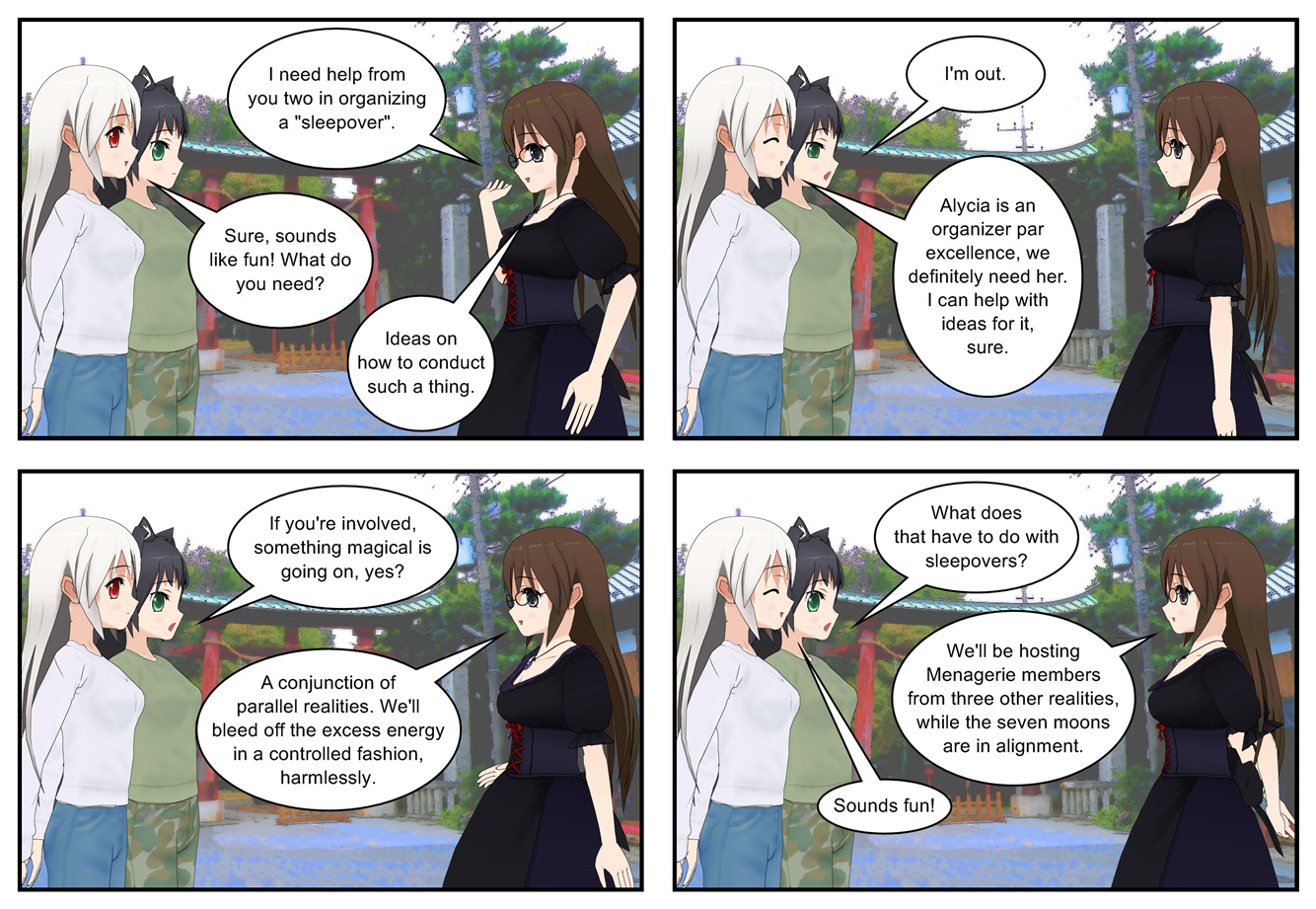 Let’s get this party started? 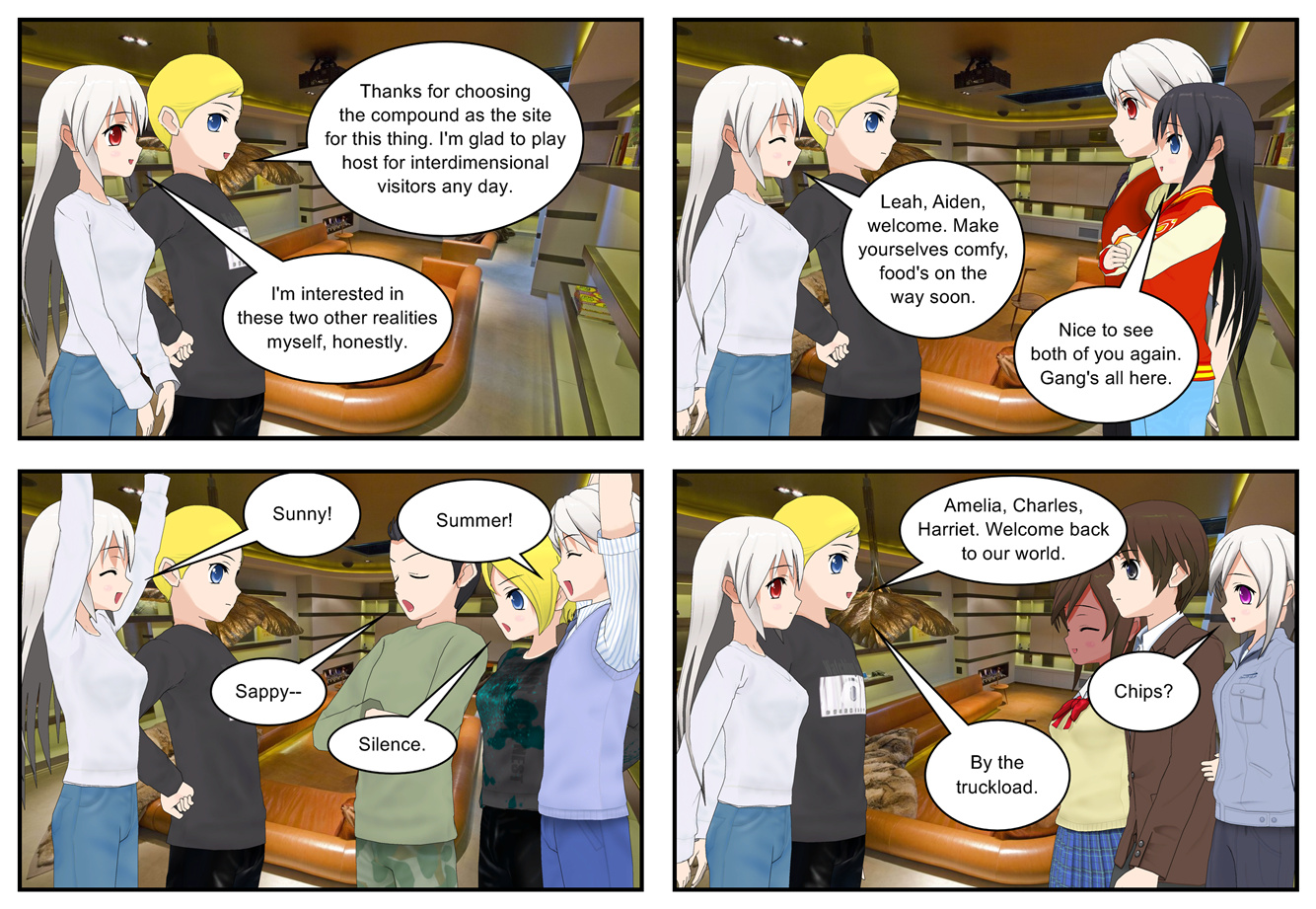 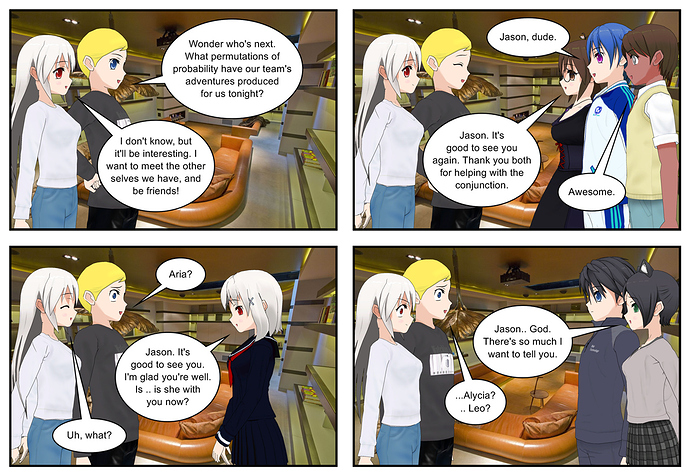 Inhabitants of the Pneumaverse. Wait, what’s their deal? 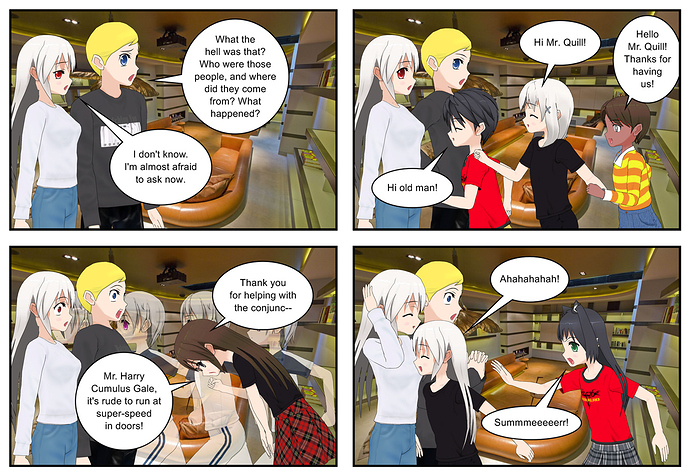 The members of the Miniverse have arrived.

I don’t even know if that’s Harry’s real middle name, I just know that when someone uses your middle name, you’re in trouble. 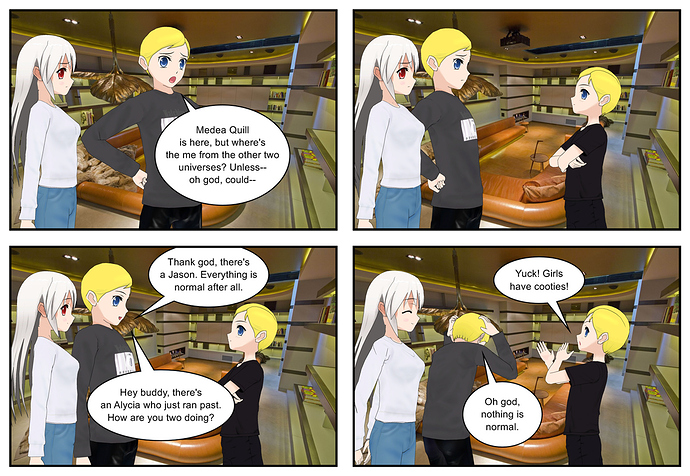 The Miniverse’s Jason shows up for an extra punchline.

I am both excited and terrified of what’s to come from this series.

Especially when they have a cloudy expression on their face.

The Miniverse’s Jason shows up for an extra punchline.

Oh, come off it, Jason Prime. I can remember those “Girls? Yuck!” days of yours as well as you can.

Of course, saying “Girls have cooties” around any Alycia is asking for a vortex blaster waved in your direction. 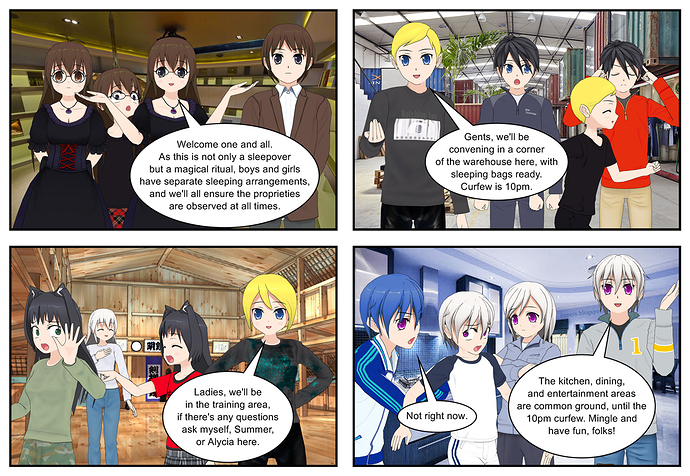 The rules. Plus some clowning. 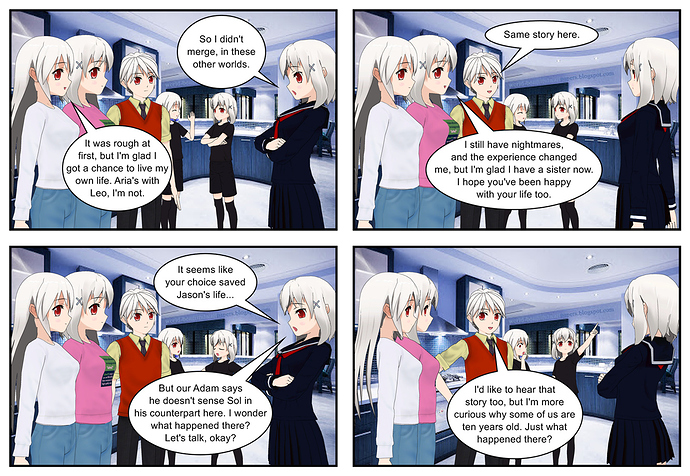 I’ve worked out the details of both of these new universes already, I just want to see how it comes out in conversation. Or I can just tell you folks, if you’d prefer

“As this is not only a sleepover but a magical ritual, boys and girls have separate sleeping arrangements …”

Okay, so clearly not one of those magical rituals.

Or I can just tell you folks, if you’d prefer

Oh, I want to see it come out in conversation.

This kind of parallel timestream stuff is always fascinating.

(I can think of a number of ways that Summer remaining a separate entity would have potentially saved Jason’s life. I’ll be curious to see what specific you come up with.) 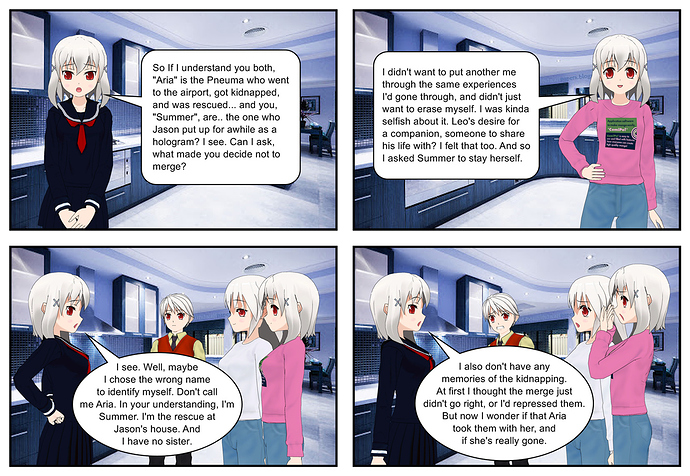 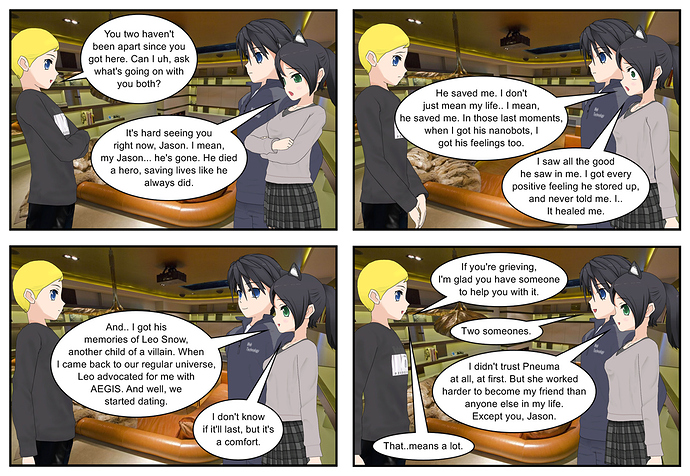 Damn dust in this room… 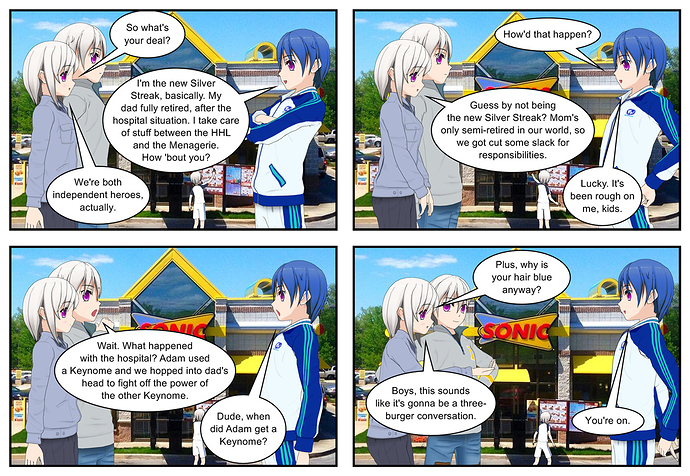 This isn’t just the story of one or two people either.

Very interested to see what comes from this. It’s very entertaining to get to see all the various ways things could have turned out for everyone getting to meet in this setting. I imagine whatever it will be will be amazing like your other stories, but I can only guess at what the whole story will bring. 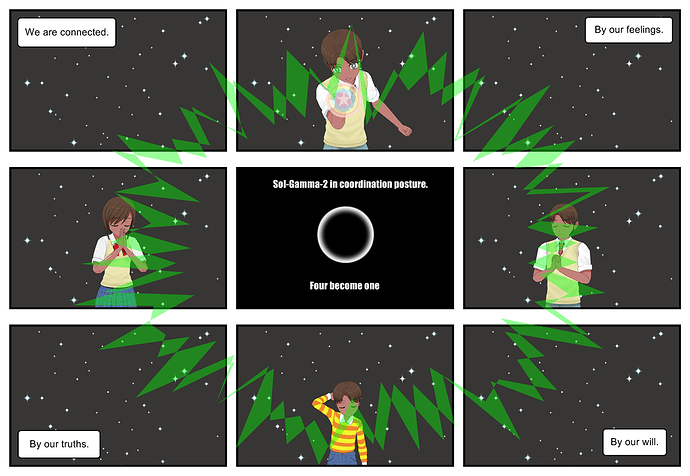 You kids and your weird hobbies.