Games I’m really NOT proposing, but still get jazzed about.

There are probably more.

I have this on my shelf, but haven’t read through it. My favorite anecdote from people is an exchange some bros apparently had with the creator, the gist of which was “hey, where’s the move that lets you initiate aggression?” and “you. you are the reason this game was invented.”

That said, I have complicated feelings about some of the other “woke” indie RPGs, which (to me) come close to “you have magic powers because you’re an oppressed underclass” and hence a couple of uncomfortable tropes. Anything that avoids that tendency has my vote.

I’m pretty okay trying this out. Wrestling is not my thing by itself, but I’ve been impressed with several of the people who’ve come out of wrestling and gone into acting in real life (Dave Bautista, Dwayne Johnson, Paul Levesque), based on how people describe their work ethic, personality, and so on. It’d be fun to build stories about people like that, doing what’s basically physical theater.

The Veil
Hearts of Wulin
The Expanse

All of these are in genres I’d enjoy playing. I’ve also wanted to try the AGE system, and on that note The Blue Rose might be interesting to look at some time?

I really enjoy the AGE system - It’s relatively Trad, but has some nice features to the dice mechanics that let you open up some ptba style moves at various points. I ran a little bit of Dragon Age in it, which is a setting I ABSOLUTELY ADORE, trying to do sort of a DA: Origins AU. It’s the kind of system I think will do well with a setting like the expanse.

And there’s another thing that I really like to take a shot of running. A soft system Doing Hard sci-fi. I really really really liked what the Diaspora RPG did in terms of space travel and ship combat and that sort of thing. It just suffered for relying on an older version of Fate that I don’t think the authors were as comfortable with as they might have hoped.

Following a chain of links from Diaspora got me to this game. Not proposing it per se, but it sounds like a worthwhile thing to look at: 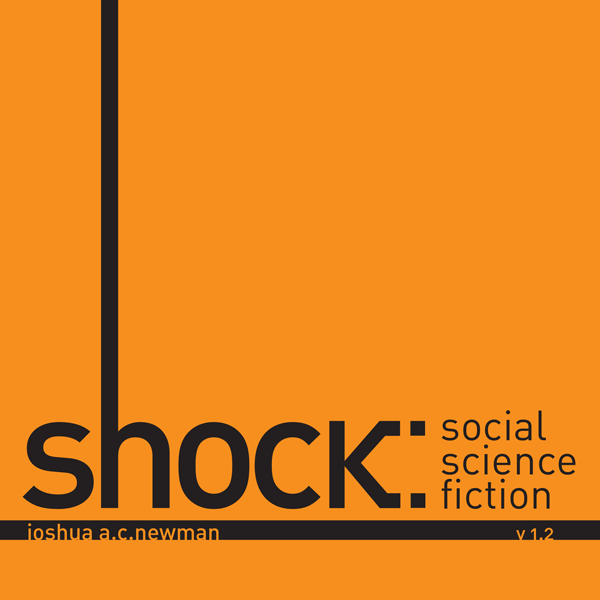 The Blue Rose might be interesting to look at some time?

I’ve heard good things about that setting. I also ran AGE early when the Dragon Age licensed game first came out and liked some of it. I wouldn’t be opposed to trying it out.

I really like parts of this. I think it fits into PbtA’s wheelhouse better than Dungeon World does and I really like the “pay the cost” mechanic and getting to decide what that means. I also think you can do a community, though it’s more of the travelling circus sort as you and your group acquire more and more followers (a starting grow at minimum has one follower per PC, sometimes as many as three).

EDIT: I did remember after posting this that Fellowship can be as weird as you want it to be. One of the Actual Plays I listen to for the game involves the PCs travelling around in a flying outlet mall that they park outside of each city they visit and everyone there is just like “when did they build this outlet mall?” I’m not saying we need to go full Balamb Garden, but it is a possibility.

I enjoyed reading the Black Company novels back in the day. I have to say I don’t have much desire to actually play in that world.

Night Witches You play the night witches, during WW2. It’s … rough. I’d love to play it, just because it informs a lot of later pbta design.

I know enough about that group to think I’m not jonesing to play that setting, either. An amazing story, to be sure, though.

Both of these actually sound like fun, esp. as a relatively short campaigns, esp. the latter. (Also, again, if we’re baking in an intent to do something short, being able to build big communities doesn’t seem so important.)

Middle Earth RPG from a couple years ago. It’s its own system. I like it a lot, and I’m… such a Tolkein nerd. Oy.

Doesn’t sound like a short thing, but I’m a Tolkien nerd, too. And Eru knows it would give us plenty of visual fodder to play with. 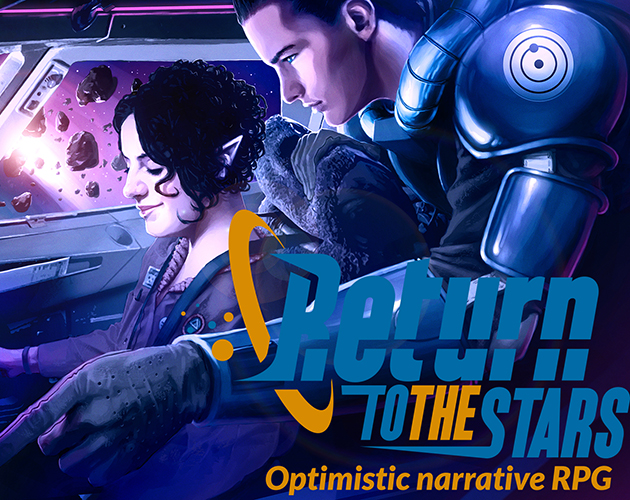 Return to the Stars quickstart edition by Festive Ninja

There’s a lot here, and some of it feels a little too on point for me to enjoy, but I’m always happy to share optimistic scifi. “Rebuild the interstellar travel system” is a game concept I’ve enjoyed for years, because it’s basically a glorified road trip. 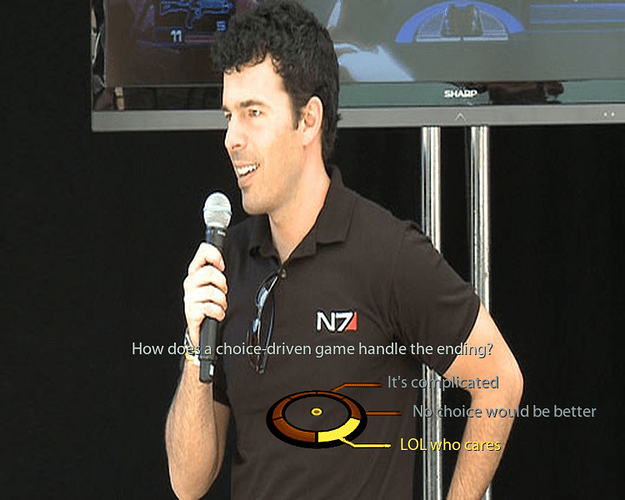 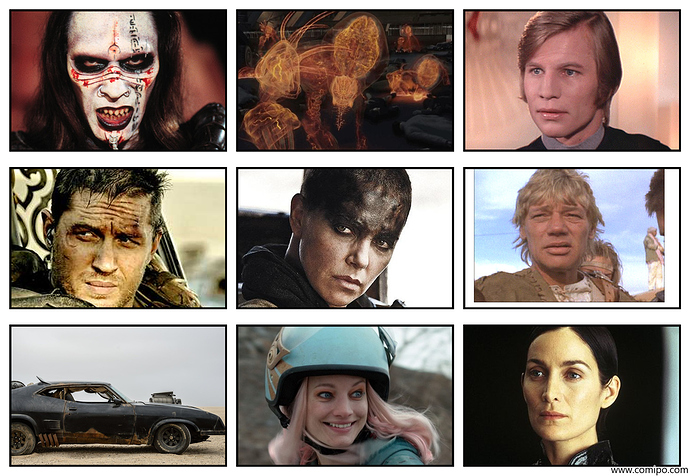 The Menagerie crew if we had picked Apocalypse World. 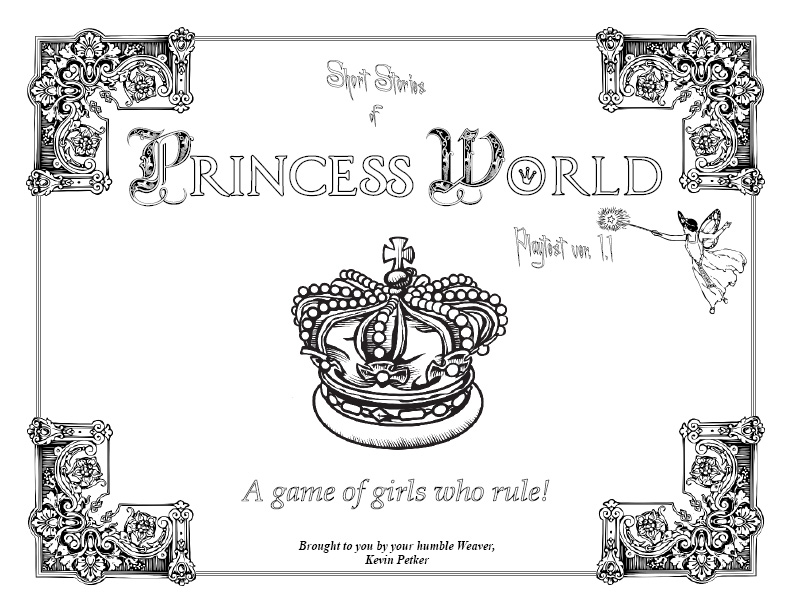 A Game of Girls Who Rule

Any game where your princess PC options are Proper, Pirate, Fairy, Space, and Skateboard is clearly doing something right.

Any game where your princess PC options are Proper, Pirate, Fairy, Space, and Skateboard is clearly doing something right.

I’d give it a shot. (I’d probably give any game a shot, really.)

As for other games, we played students in a fantasy setting (superheroes are fantasy, you can’t convince me otherwise) how about trying a go at teachers in Pigsmoke: A Roleplaying Game of Sorcerous Academia.

For people looking for a game I really don’t recommend playing, here’s my early hack of a World of Darkness game where you play anime waifus.

I wrote a GURPS Mashup tool that lets me combine 2+ GURPS books to spark campaign ideas. Here’s several of the ones I’ve generated so far. 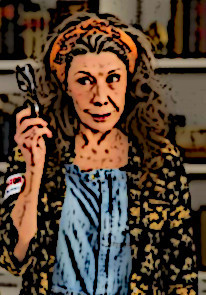 “We don’t stop playing because we grow old.  We grow old because we stop playing.” – George Bernard Shaw Introduction I’m getting older.  And the older I get the more I notice …

I don’t know how this group would plug into it - it’s crunchy and detailed - but my Thursday group is playtesting Genesys, the basis of FFG’s Star Wars game. It’s the game with the funky symbols on the dice.

It feels like someone took the chassis of a point-buy system like GURPS and the game loop of D&D 5E, and dropped a ton of narrative-gaming conventions into it. Character creation is straightforward (pick archetype, pick career, buy stats, buy skills, buy talents, choose motivations). There’s a lot of choices to make, and the talent has a lot of structure to it, so if you’re uncertain about what you want to play, it can be tricky.

During play, your rolls will generate six types of thing: triumph or despair, successes or failures, advantages or threats. You spend triumph & success to get the stuff you took action to do, then advantages on incidental benefits or perks. Threats or failures lead to complications as you’d expect.

It’s very, very easy to throw complications into the die roll. There’s a ‘difficulty’ die for straightforward rolls, that scales 0-5, but you can also throw some Setback dice into the pool for situational penalties. Players can also get Bonus dice for situational advantages. There’s a Story Point system where you can upgrade one of your dice on a roll, but both players and GM get to use Story Points, and when you spend one, it goes from the Player to GM pool (or vice versa), so you never run out.

Skills are generally specific in application (“Melee”), but with some exceptions (“Cool” and “Discipline”). There’s a good mix of combat and non-combat applications for many skills, e.g. Cool is used for both initiative and social situations.

Talents work similar to D&D feats or Fate stunts, empowering or enabling some scenarios that your PC should be better at. There’s talent tiers, working on a pyramid basis, and some talents are ranked (letting you push them up the pyramid for increased effectiveness).

The combat loop should feel very familiar to any D&D 5E players. You get a Maneuver (move, aim, interact with objects, etc.) and an Action (attack, cast a spell) on your turn. There’s a Concentration mechanic for magic, letting you maintain a buff or summoned creature, but keeping you from getting out of hand.

There’s two ways to get hurt: strain (a spendable stress type pool, also used for extra effort and spellcasting) and wounds (your basic hit point mechanic). Past a ‘wound threshold’ value based on your stats, or based on a good enough attack roll, you can also take a Critical Injury, which rolls on a table of standard injuries. There’s ways to die, but it’s not the norm.

There’s a similar social-encounter system, letting you effectively play through ‘social combat’. Discover your targets’ motivations, and exploit them for bonus dice. This looks like a neat system.

The game needs you to buy into learning the system at least a little bit. Someone else can build a character for you, but you at minimum need to be willing to understand how the dice work, and make decisions on how to spend advantage or threat. You need to narrate confidently, rather than just slowly poke your way through a scene. For that reason, it probably wouldn’t be a good fit for this group, although a few committed people might have fun with it.

So I found out about an interesting sounding solo RPG called plot Armor last night.

In plot Armor, you are a mech pilot (the mechs in this case are called Armors) in a 32 episode anime where you literally have plot armor in so much that you cannot die. Over the course of the 32 episodes (which you might only explore 6 of or possibly all of them, but on average you’re going to only delve into 9ish of them) your pilot will slowly realize they cannot die and how they deal with it. And then in the 32nd episode, you finally die and the show’s over.

It’s odd and quirky, but I figured some of you folks may be interested in it for the genre if nothing else (plus it’s like $3, so even if you don’t care for it, it won’t sting too much).