Obviously, this is critically important information. Feel free to cover any NPCs that you feel particularly inspired about.

Jason maintains a low public profile. The Foundation keeps trying to get him to post on Twitter at the very least, which he has grudgingly done on occasion. The public stuff makes him uncomfortable.

(a) does skim through Twitter and Facebook, looking for about the Foundation (well, about himself). He still has that Internet influence over him.

(b) he does post anonymously on some forums: Doctor Who, Top Gear (not so much the past few years), and some supers forums (ones that talk about the social and political aspects of metahumans as a serious topic). He uses heavy security to make sure none of that is backtracked to a Quill IP address.

© He does have one public Instagram account where he’s been posting scanned photos of his family travels. The account is monitored (and, though he’s not aware of it, moderated) by AEGIS to make sure nothing secret is shown. He does not read the comments there. Well, not often.

(I welcome feedback on the above. I have a personal, lengthy, idiosyncratic social media profile myself, and figuring out what a 17yo in Jason’s shoes would be doing is not completely obvious to me.)

I’m immediately curious whether or not Otto and Jason actually know each other unknowingly through their annonymous Top Gear accounts.

Leo only joined Twitter recently, and hasn’t had a social media presence earlier. He’s moved from family to family and place to place for the last decade. He was drilled by Agent Waters not to release personal information, and not to try and contact past family or friends he knew for their own safety. And it paid off - none of his foster families or friends have been hurt, as far as he knows (and he’s asked Waters about it).

There’s a joke (quite mythical, but also funny) about how American astronauts couldn’t use fluid-filled pens in zero gravity and had NASA spend millions to develop a pen that’d write in space. The punchline is that they found that cosmonauts just used pencils. Leo takes a similar low-tech and cheap view toward keeping his information safe: he writes it down, or prints it out, and uses physical notebooks. So most of what he wants to express or remember will never be found online, however thorough your search or how good your hacking skills might be. His atrocious handwriting is a second line of defense against OCR scanning of text, except when it comes to schematics or technical specs where clarity is vital.

The one Twitter account he has now is strictly a superhero’s account, he doesn’t post private stuff there, and he doesn’t advertise it. As a result, his followers break down more or less like this: 60% Ponies, 20% friends of the Ponies who will follow any new friend on general principle, 10% hardcore Zelda fans who will follow any suitably named account, 5% actual people he actually invited to follow him (e.g. Otto), and 5% people like Taz who are stalking him for their own reason. To maintain his cover, he had Otto immediately follow the other Menagerie members’ accounts, plus a bunch of other superhero accounts around the city.

You can get the contents of Otto’s Twitter feed by following any suitable racing-game-related hashtag’s posts and removing the misogyny and racism. On the Top Gear forums and similar car enthusiast sites, Otto mostly posts about the subject matter, not himself. He’s this close to a ban on Top Gear due to his endless advocacy for electric cars (represent, yo), but otherwise genuinely knows his stuff and will get into long discussions with people on topics like cornering, traction, wind resistance (“what a drag amirite?”), and so on.

Pneuma followed major movers and shakers on Twitter anonymously for awhile, but signed up when Leo did so. She has interests in business administration, law, and governance, and is plugged into political and activist stuff at the personal level (e.g. more Malala Yousafzai, less ACLU). Her feed is mostly retweets from such accounts. Out of anyone, she’s probably the most likely to follow the groups I’ve alluded to in earlier social media posts - KAPE (who deploys drones around the city for a live feed on super-battles and asks people to crowdsource information on such incidents) and BrickWatch (the Kotaku/Gizmodo/IO9/Jezebel of superheroics).

I’m immediately curious whether or not Otto and Jason actually know each other unknowingly through their annonymous Top Gear accounts.

Jason (under the username RacerXcellent) was a 14-15yo apologist for Jeremy Clarkson, et al., regarding their politically incorrect commentary (having heard far worse comments about locals in their exotic natural environments in his own family). Otto’s response (under his own nom de plume) that “Dude, they’re distracting from the coolness, *and* they’re dicks to other people,” cause him to seriously reconsider his position.

“Halcyon Heroes 4EVA” (@TheCapester420) is the Twitter handle of an as-yet-unidentified teen superhero in Halcyon. If we have beef with another teen super team soon, this person will be part of it. Their social media breaks down like this:

“Keri” (@Superchica) is the handle of a Gardner Academy student, who may or may not have powers, but is definitely named Keri and doesn’t have a good grip on the whole concept of secret identities.

I got one more in me, I think. Here goes.

“Halcyon Heroes 4EVA” (@TheCapester420) is the Twitter handle of an as-yet-unidentified teen superhero in Halcyon. If we have beef with another teen super team soon, this person will be part of it

Okay, that profile might be enough to get Jason tweeting intermittently under another anonymous alias (@NextGenner). That profile has only two original posts: one a retweet about the annual Justice Day celebration two years ago, the other from a week or so back commenting that Tasha Starr may not be as young as her official biography suggests.

Most of the activity is centered responding to @TheCapester420, lightly mocking the JHHL types, countering mockery of the non-JHHL young heroes, and calling out some the alt-right dreck that gets posted (“Yeah, be sure and say that extra-loud around Hecate at the next HHL picnic. Here, let me hold your beer.”).

To the extent that the profile holds hints as to who the owner is, they are intentionally often contradictory, to throw off speculation. References of being related to a major Halcyon hero, disdain for the HHL, admiration for particular HHL member actions, clues it may be an out-of-towner with a lot of interest in Halcyon City goings-on, passing comments that hint at some sort of insider status. Rusty taught some valuable lessons in agitprop operations.

Responses are sometimes delayed a few days, even a week, at a time. Jason doesn’t hit the social media compulsively. 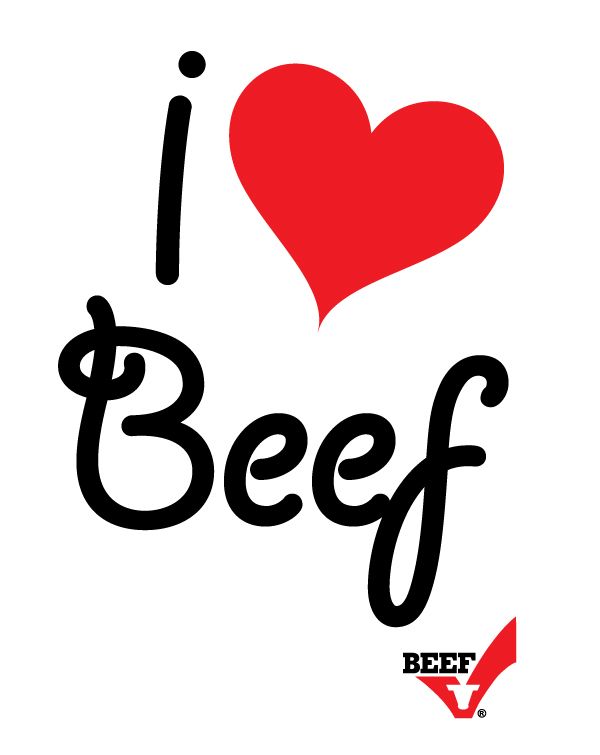 “Keri” (@Superchica) is the handle of a Gardner Academy student, who may or may not have powers, but is definitely named Keri and doesn’t have a good grip on the whole concept of secret identities.

Bolded for emphasis. This person causes me deep existential dread. Can’t wait to meet them in-game.

As for Adam’s social media, I got no idea. I’ve never been big on sharing info online, so I don’t have a great handle on it past “this is a thing that happens” and “encourage friends doing cool stuff.”

I imagine that if you look at a timeline over about a year though, it looks like it belongs to a schizophrenic. Two months of reposting everything posted by the Halcyon City Zoo. Three months of everything involving cool science stuff. Two and half weeks involving space before ending abruptly about six months ago instead of tapering off like normal. And for the past three months theater-related stuff. In a couple of months it’s probably going to be all sorts of stuff about education or medical science or something. Basically a normal twelve-year-old whose interests change constantly as they are finding a self-identity.

That’s bang on the money, Mike. 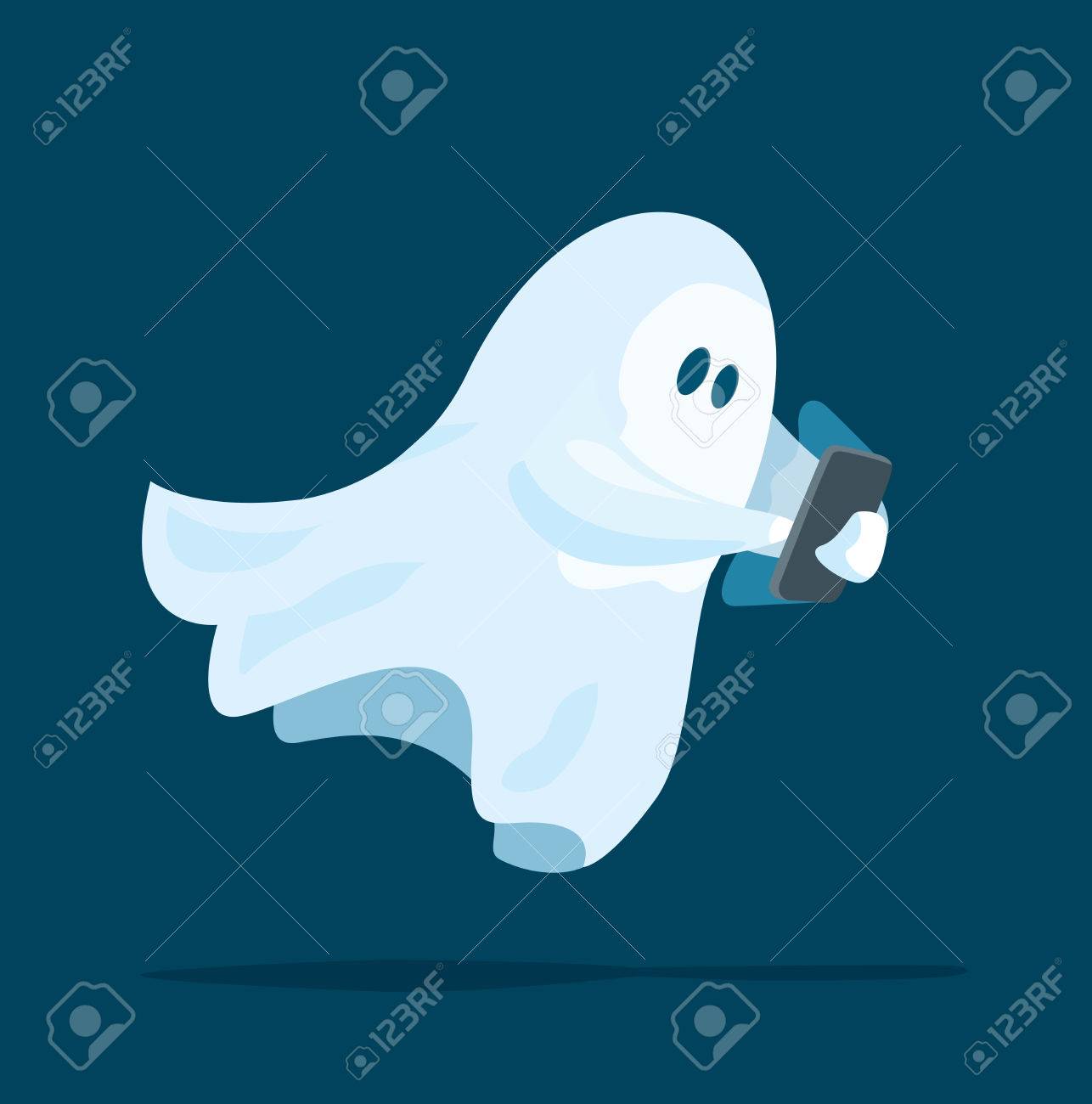 1286×1300
Consulting with Charlotte’s player, GG doesn’t have a direct social media presence, but shows up frequently in the Ponies’ feed, as she texts back and forth with them and they mention her in other media. She uses a Qphone that Jason dug up for her (apparently ectoplasm can produce capacitance as well as physical presence).

Her texting tends to be responsive, waiting for one of the Ponies to message her, rather than initiating messages. Her style is long-winded complete with salutations and signatures (one must show gentility and good manners, even when others write with distressing abruptness and brevity). She is just as likely, when texted (“Hey GG happy hour special at Deja Brew, chai latte ftw!”) to actually start to text and then just show up at the locale where they are chatting from to continue the conversation; she prefers personal contact to electronic correspondence.

What I’m hearing is that we all suck at social engagement. Come on, Harry, you gotta stand up and get a win for us!

Harry is definitely more active on social media than the others. He has multiple accounts across different platforms. He has a twitter account (@realMercury) where he tweets about stuff that goes on with the HHL and now Menagerie. Tends to be very official and often retweets from HHL and his parents.
He also has a Snapchat account that is mainly blurry photos. He’s never quite mastered the art of running and taking pictures. But he won’t stop because what *he* sees looks so cool.
However the place he posts on most regularly is his Instagram account, which is filled with memes and bad jokes.
Finally, Harry has a Tumblr account that is very much not connected to him. His account, super-doctective, hosts his hidden geeky obsessions. Mainly the obvious three (look at the name) but also a few cartoons and anime. There is also a strange obsession with something called “earth is space Australia” which his parents still don’t understand.

At some point I want to run a sci-fi game based on the Space Australia AU.

There is also a strange obsession with something called “earth is space Australia” which his parents still don’t understand.

Mmm, my favorite. Will not delve into examples to try and keep this thread on topic.