Chapter 10: The Fellowship and the Haunted Mountains

In the mountains, having dealt with the Mist Wolves. Heading for Chains Crossing.

With a thought that one of Rowan’s cohort of Harbingers, Myra Heartbeast, might be part of the wolves to attack. And Rowan has a friendship bracelet of hers. From when they shared a Master, Rashan Beastlord, who was flighty and specialized in turning into animals. Rashan wasn’t on the council. He got it into Rowan’s head that he didn’t need to spend time away from the Council.

C: Why would she be sending Mist Wolves against us? Encroaching on territory, or divining that we’ll do something she doesn’t want, or maybe has something still against him.

Wynn doesn’t need to sleep. He keeps watch, standing by the fire, trying to remember what warmth feels like. And then he hears somebody calling … for help? Or was it a memory of the last time he felt a fire … and someone called for help …

… when he was on one of his few trips out of Nelres. A person from one of the races that didn’t care for the Ohir borders had been attacked. Wynn helped them some, as the one on watch. But ultimately left them to their fate, Wynn’s mission taking priority and not conducive to taking along an injured enemy.

Wynn doesn’t mention this in the morning.

The fog (if not Mist) is chill in the morning.

Virens is riding a warg. 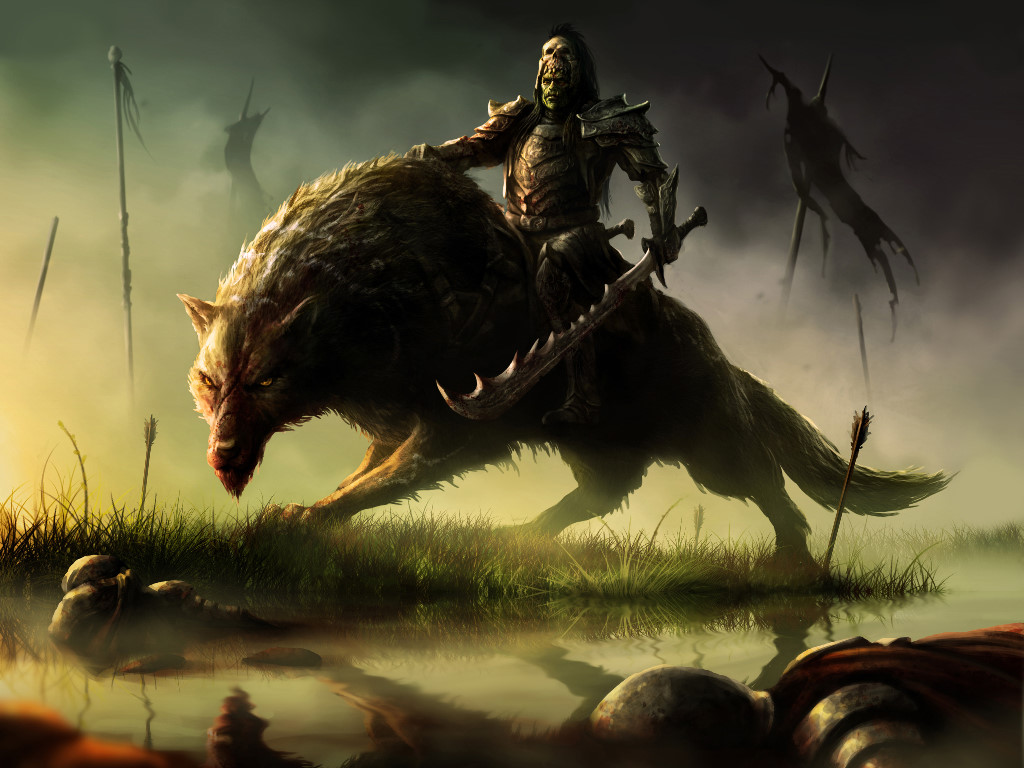 orc-warg.jpg1024×768 176 KB
Ann is with the Fennics, but on her horse. Carabas on Hambone the Dog. Rowan on one of Ann’s horses. Wynn walks alongside.

Ann passes the stone heart back to Rowan.

An hour or so into the early morning … the sun is up and fighting back the fog. And then the fog thickens back up again. Ann notes the horses are acting worn down, but the Fennics are alert. The warg is snorting / huffing about something.

Into a sunlit fog bank.

And Wynn hears that call for help again. A few hundred yards away. And Virens hears it, too. Wynn, on edge anyway from heading toward Chains Crossing. Wynn floats up to his level. “I heard it last night, too.”
Did you check it out?
I had figured there were too many memories about.
Well, then we should probably check it out. (Pitched to be heard.)

It’s down into a low spot, a shallow valley, maybe beyond.

Ann heard it, esp. given the fennics hearing it.
Carabas, on edge, not words, but suspicious of anything.
Rowan, on edge. But not words.

Go on. C in the rear, near Embarto the crossbowman. “FWIW, I would have stayed on the path as well.”
It’s not like being a hero means walking into every trap being spun.
My point exactly!

Route through the woods and thickets is winding.

C is watching and waiting, Ann getting horses through growth.
Overcome (Blood) -> 8!
So C doesn’t lose track of Embarto. But left idly twiddling thumbs for Ann to negotiate through an animal track with all the horses, all of the Ann stuff, while Embarto is keeping up a stream of the threats faced.
Once she’s got the last horse through, motion Embarto along, heading along animal track, expect to be in the face of an ass’s ass, but …
… that doesn’t seem to be happening. Still on the track, but still haven’t found the herd, but not running into them. Can hear some harness ahead, but … still not running into them. Sounding further away, and maybe not on this track.

Give Hambone his head … promising for a bit, until we’re at the base of a tree trunk, snuffling around the base …
C tries to encourage Hambone to find Ann using his Good Nose.
Turns. Stares. Whuffs into the Mist. Quite possibly not toward Ann.

Rowan a bit behind, focused on outward dangers.
Rowan, sense of strangeness about the area.
Look Closely -> 6!
Hidden or Out of Place? Suspicious? Catch, off to the side, a hooded and cloaked silhouette of … would have to be as woman, under a tree. Almost positive it’s Myra. No sense of malice. Clearly wants to talk. Pull off the path, as Ann winds her herd past you.
The figure raises a hand in greeting, then turning to walk into the trees. Clear the path back is easy to follow, and she wants privacy, a minute or two … and she pauses for conversation, but hasn’t it been a lot longer than a few minutes? And the horse looks exhausted …

Ann is keeping her charges together, and the other Fellows are not helping much.
Sense -> 12
Wrangling!
Catch up to Virens and Wynn. Stream. Animals are not acting like they have been on the road only an hour or two, more like end of day. Fennics are fine. Light is the same … probably.
Where are Rowan? Where’s Carabas?

Wynn and Virens and Ann … assess.
A - When did you last see Rowan?
Unsure.
Viren … Rolling together with Hope.
Sense -> 7!

Can probably find the path. But also want to find the center of what’s going on.
Virens … drum, in the high speed of a scared catling.
Ann … seeking Rowan through the Fennics. Bonds (Precious + Useful). Damage stat to keep them from damaging the Bond – Courage, not wanting to push the animals too far.

Virens, drumming. Keep Them Busy -> 13!!
Affects the Mist in the area.

Ann … urging the Fennics along, one of them growling.
Virens drumming out an agitated drum beat.
Wynn … looking to see what else is being attracted by the drum beat.
What bad thing happened in the mountains that led to the Ohir leaving Chains Crossing?
Funny you should mention that.

Carabas … Hambone is detecting something … go investigate. Even if, ironically, that’s how we got into this problem in the first place. 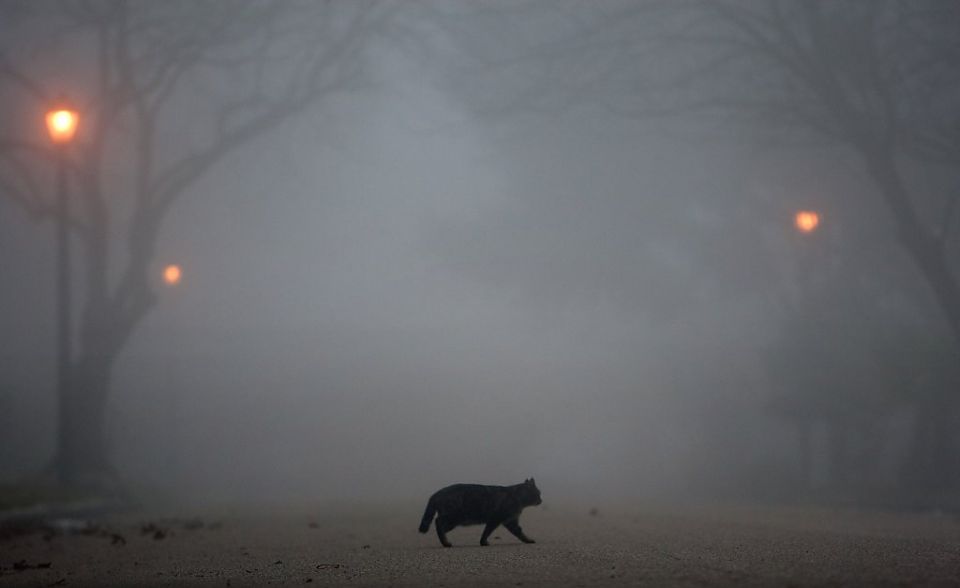 5812204_orig.jpg960×588 22.2 KB
Find the path again! Campfire light through the trees. A wagon trail. Overgrown, with saplings and brush. Not entirely surprised to see firelight and see it’s … a memory of campfires, and wagons, and people. Ghosts, or at least memories locked in place. (Catlings don’t have ghosts … reincarnation up to nine lives.)
Emberto doesn’t see this. “Hate it when catlings see things we can’t.”
The memories are cold. Snow on the wagons. Caught in bad weather.
“This was just misadventure. We were one of dozens. The risk to get to Chains Crossing was small versus the gains.”
Human girl looking at the camp. Clothing is unusual, archaic.
"So we tried it, and the road was still clear, and got so cold. And then, little Johans didn’t wake up, and nobody was talking and we tried going further one more day, and then the snow came, and we couldn’t get any further, and we tried to wait it out, and we couldn’t. The mountains have taken thousands. The place is a wonder, but curse. A campfire surrounded by moths. But they’ve had their tithe … you need not be part of it. WE can help, for something in trade.
Coins>
You haven’t have them long enough to be of value to us. We’re so very cold. We need something of you, that is real.
Halfling lunch
Would you sit and share it with us?
Yes, yes we would. Wouldn’t me (at Emberto).
Emberto has no idea WTF.
Share the meal. They become more real. Can almost forget they are not people any more. And even Emberto is beginning to sense them.
“Compassion to those in need is the mark of a true hero.”
[[[ Bond with Emberto ]]]
All right, we can take you to your friends. There is only one place they would have to be.

Rowan: The figure is not Myra. A Harbinger who has been missing for a very long time.
A friendly Baba Yaga.
Theon Mistcloaked … the Old Man in the Mist. All Harbingers spend time in the Mist, but he is proverbially a guy who went Native in the Mists.
T - Harbinger. Child Harbinger. You’re new! What are you doing here? Whatever your quest, you’ve come to the end of it. Aren’t likely to find your companions. I spent days, years, to find mine, never found them, died looking for them, pathetic really. 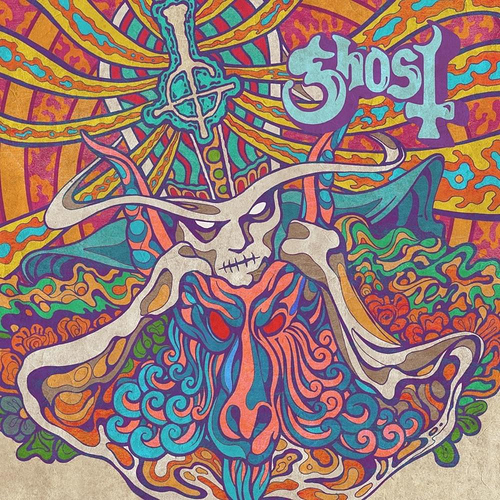 image.jpg1000×1000 474 KB
Are you part of the other power stirring up monsters and the like? What’s your name?
R - Magister Greenhanded.
T - Very safe of you. Good lad. Do you have aught to do with the other one who’s much more power and difficulty than in the local mountains … ah, you do have a quest, beyond just seeing people to that benighted city. Might get you out of this mess. Or might be you’ve fallen into that pitcher plant. You’re a Harbinger.
R - Your kind prey on people like me. I’m leaving now.
T - I could be convinced to help.
R - You just reminded me that’s what people like you do.
T - Why would I ever let you leave?
R - Well, you can certainly try.

Virens effect on the Mists in the area with the drums. (Roll with Hope)

… Looks so intense, just eyes, not body. Then belly laughing. I don’t want to tangle with you, boy. Leave me a bit more raggedy. Feel your friends coming. Will see you’re left along in this patch of the mountains. Your catling friend has found some companions that will get you back to the road. Do me a kindness: you’re dealing with that great power, and with quite a few of ours who’ve set their path along with hers – find the Head of the Council, give a message …

Virens, Ann, Wynn, arrive, see the other talking with Rowan, raises a hand and fades away,

image.jpg1084×461 111 KB
and then Carabas emerging from trees with faint figures and a spooked crossbowman. Ghosts: “We’ve been told to bring you back to your path.”

Next time: on the path, close to the city gates, after we evaluate the session stuff.

A post was merged into an existing topic: Fellowship Memes