They run a private prison for villains, in violation of multiple international laws and general morals

Legal interpreters of the Geneva Convention and the UN Convention on Human Rights makes it very clear that a diet of Big Belly Burgers does not constitute “adequate nutrition to sustain health”. 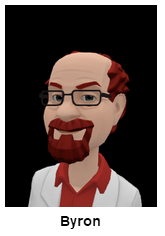 “And they’re all a bunch of self-righteous pricks,” quoth Byron Quill.

A few suggestions for powers, based on this. Edit: I expanded each one a little bit.

If those work for people, and nobody has other ideas for these, here’s two more:

I updated the wiki with the above info (rumors and suggested power sets). “HHL” now also redirects to “Halcyon Heroes League”.

I left all the major players alone and didn’t suggest powers for 3 of the minor characters, to leave room for others to jump in. After two weeks, I feel like I might have some room. However, as usual, my suggestions are weirdo, so consider carefully if this works and doesn’t defocus a game too much. Hold my beer:

Hecate: born 28 times in 28 parallel universes, once per day of the moon cycle, and each version was blessed or cursed with different powers. They are all in telepathic communication and share wisdom with each other. One of the Hecates, however, turned dark and eventually conquered her dimension. Dark Hecate can answer almost any question “our” Hecate puts to her, but gets her knowledge of people by torturing/interrogating/mind-reading her captive subjects, and our Hecate knows this, leaving her guilt-ridden every time she calls on this knowledge. The adult Doomed.

Sigrun the Valkyrie: an attempted clone of the Golden Generation heroine Sváfa. The scientists who made her couldn’t get her powers to activate, and left her on the street to make her own way. Her role in adult video was due to the close resemblance and an audience interest in “lookalike” smut. That experience activated her powers after all, though she is very secretive on just how. She has a standard suite of flight, super-strength, and durability, and carries a “sonic spear” devised by Nautilus. The adult Bull.

Vigil: the most mysterious member of the team, Vigil never appears in person, only on video, still photos, mirrors, paintings, or other media. They communicate with hand-written messages or (media allowing) voiceovers, and appear able to converse with people interactively even through previously handwritten notes (!). See here for examples. Vigil’s role on the team is vague, though their power to bypass barriers and talk to almost anyone in spite of interference, jamming, or other blocks is situational but useful. When asked what Vigil wants as a hero, they only comment that they are “waiting for something”, and learning about the world while they wait. The oldest known depiction of Vigil is in a cave painting in France… The adult Outsider.

Options for Hecate: she’s a TERF because some of the parallel Hecates are male and she vigorously rejects that identity, even though they “feel” like “her” through the telepathy. Not a healthy attitude to project onto other people, but not just a product of bigotry either.

Disclaimer: TERFs are one of my IRL pet peeves due to experiences with them in Washington D.C. (members of my social/gaming circle were M2F and feminist), and people with similar attitudes elsewhere and later. It’s hard for me to empathize, but this is my pitch for why someone might think that way.

Disclaimer: TERFs are one of my IRL pet peeves due to experiences with them in Washington D.C.

Don’t feel as though you need to find Hecate a sympathetic character. She… is not written that way.

Don’t feel as though you need to find Hecate a sympathetic character. She… is not written that way.

That’s fair. As the powers are written, she’s already the Raven that came to an accommodation with Trigon, only Trigon is also herself. Any secondary negative traits are icing on that particular shit sundae.

Vigil: the most mysterious member of the team, Vigil never appears in person, only on video, still photos, mirrors, paintings, or other media.

Vigil almost never comes up when discussing the HHL.

HOWEVER, if/when they are discussed during your pre-meeting briefing, Harry thinks about it a second, staring into the middle distance, and says:

“You know… whenever my parents are talking about some big decision the HHL has to make, my dad always asks ‘What did Vigil think?’ and my my mom ALWAYS knows. Like… she makes a point to find out. I think they’re kind of scared of them.”

Alright, here’s the big guns. One part respect, one part power, one part “childish and short-sighted” per the principles.

Golem: an Ashkenazi Jew who went into biology to understand torsion dystonia - a disease they suffer from that causes muscle contractions and leads to debility, but also correlates to a higher IQ. Golem developed a treatment that transformed their body into a sturdy, rock-like powerhouse, but at the cost of much of their intelligence. They carry an enzyme release tab under the tongue that allows allies to (carefully) pull them out of this rocky state as needed (for example, to access the scientist’s mind at full power), but leaves them in considerable pain due to the ITD.

Recently Golem’s body has built up an immunity to the enzyme, forcing them to turn to a cocktail of street drugs and experimental Silicon Valley nootropics as a supplement. Golem considers this exchange worthwhile for many reasons (their decision-making is done during their less intelligent golem state; their personal relationship with the nootropic makers blinds them to the medical risks; they are partially addicted to heroics and cannot bear the thought of losing their powerful body). The adult Transformed.

Nautilus: Has a power similar to Link and Rossum - a brain with a wave-function collapse mutation that allows him to short-circuit scientific research. Like Leo, this has led to some brain damage; unlike Leo, has no corrective neurochip. Styles himself as a Captain Nemo or sea-captain type, complete with beard. Operates a fully equipped submarine-laboratory in the Atlantic Ocean, launches himself in armor like an ICBM to trouble spots around the region. Has an unaccountably hot and loving wife who puts up with his oddities. Active philanthropist. Nobody knows what playbook spawned this social Martian, but the Brain is possible.

Oya: Can cause thermal expansion or contraction in liquids and gases over a large area. Uses this power to control the weather, but can also (for example) call down lightning, cause gasoline to explode, or similar feats. Worked as a “weather-witch” in Nigeria, bringing rain and controlling climate for a price, but was hunted by Western industrialists trying to take advantage of poor local conditions. After fighting back in Nigeria, they came to Halcyon City to deal with the capitalists at the source. Teamed up with the HHL while doing so, and has been with them (or using them as a cover, depending on who you ask) since that time. The adult Nova.

Don’t feel as though you need to find Hecate a sympathetic character. She… is not written that way

Given the character she’s based on, I would tend to agree, though “everyone’s a hero in their own story,” so understanding those aspects is useful, too.

Also, when Byron made the comment above he was intentionally looking straight. at. her.

Also, when Byron made the comment above he was intentionally looking straight. at. her.

Thankfully, Jason won’t be in his body when he meets her.

As written, three characters have powers that could detect the switch immediately to soonish: Vigil (be everywhere or anywhere), Hecate (this dimension’s specific power was left unstated but telepathy is on the table), and Tatanka (may have psi other than just psychometry). Notably they are all secondary characters, not the influencers, and all might have very different views on what the body swaps mean.

Thankfully, Jason won’t be in his body when he meets her.

This gets better and better… I’m going to sing the Doom song now.