Use this thread to contribute interesting visuals and other inspirations.

We did a lot of this work during Scum & Villainy, so feel free to borrow from that!

It’s a bit tangential, and not anything like what I’d propose as to how the setting works, but “Oh, hey, the interstellar travel network is collapsing” is the core story in John Scalzi’s most recent trilogy of books, The Interdependency.

As part of the premise, there are nearly no human-habitable planets, meaning most of the human settlement of the galaxy is in artificial habitats, none of which are likely to survive if all interstellar trade collapses. Only a few of the implications might be applicable, but, regardless, it’s a very enjoyable series. Recommended.

(Most of these are actually ballads, not true shanties, but still.)

Kristoph Klover - Fire in the Sky

Julia Ecklar - Ballad of a Spaceman

You can probably just google “sci-fi filk” and get a zillion more. It’s a surprisingly rich genre for one so unknown to most people.

“2010” wasn’t the cinematic masterpiece “2001” was, but it included some very practical space scenes. 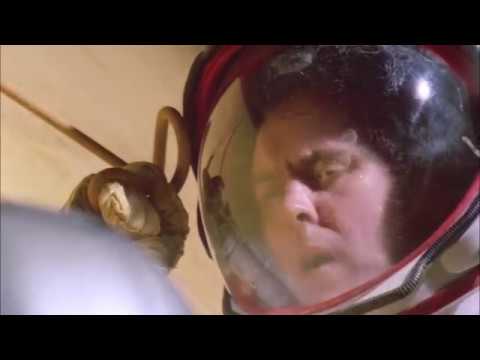 “Moon” was carried by Sam Rockwell, with a sympathetic AI: 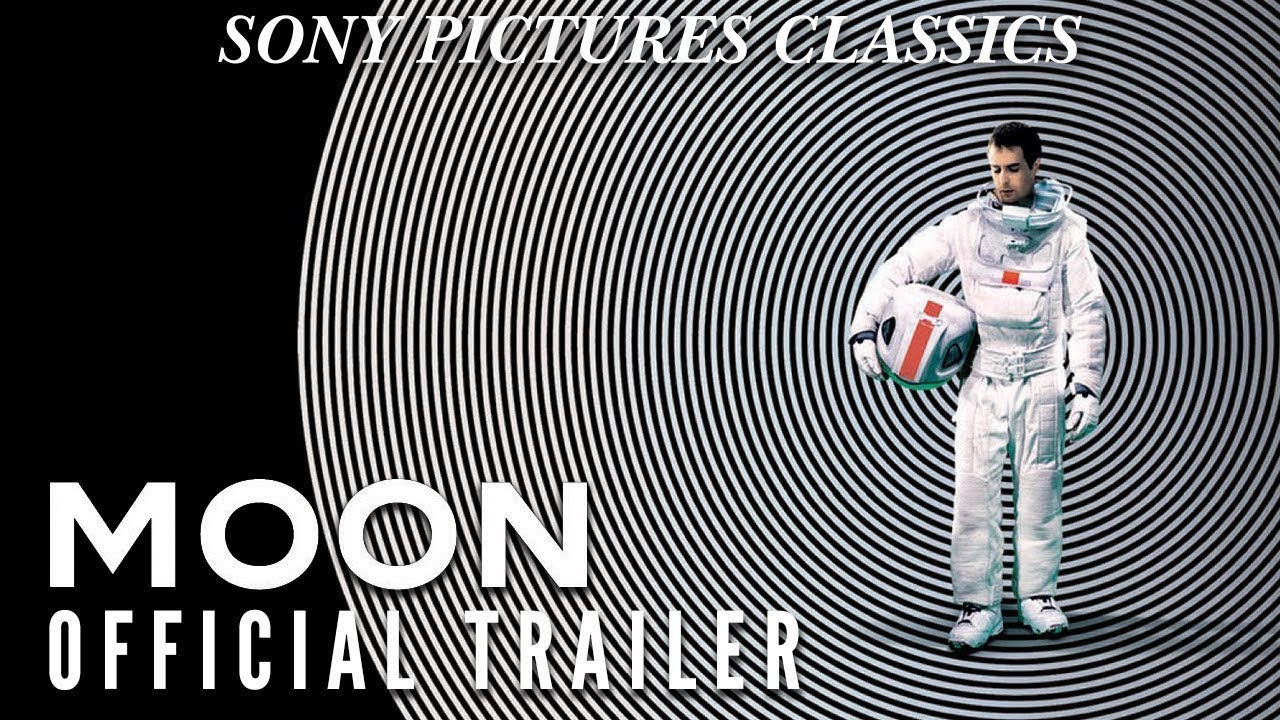 “PlanetES” is basically janitors in space, but illustrates why it matters 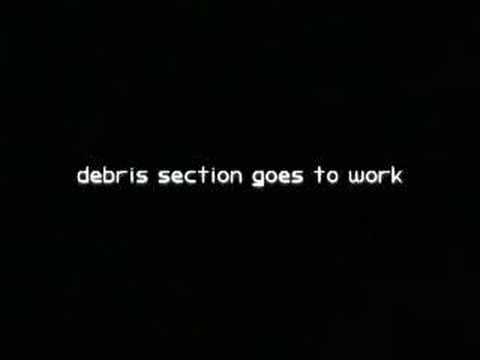 Our tech may get better, but our humanity and culture will be stubbornly persistent 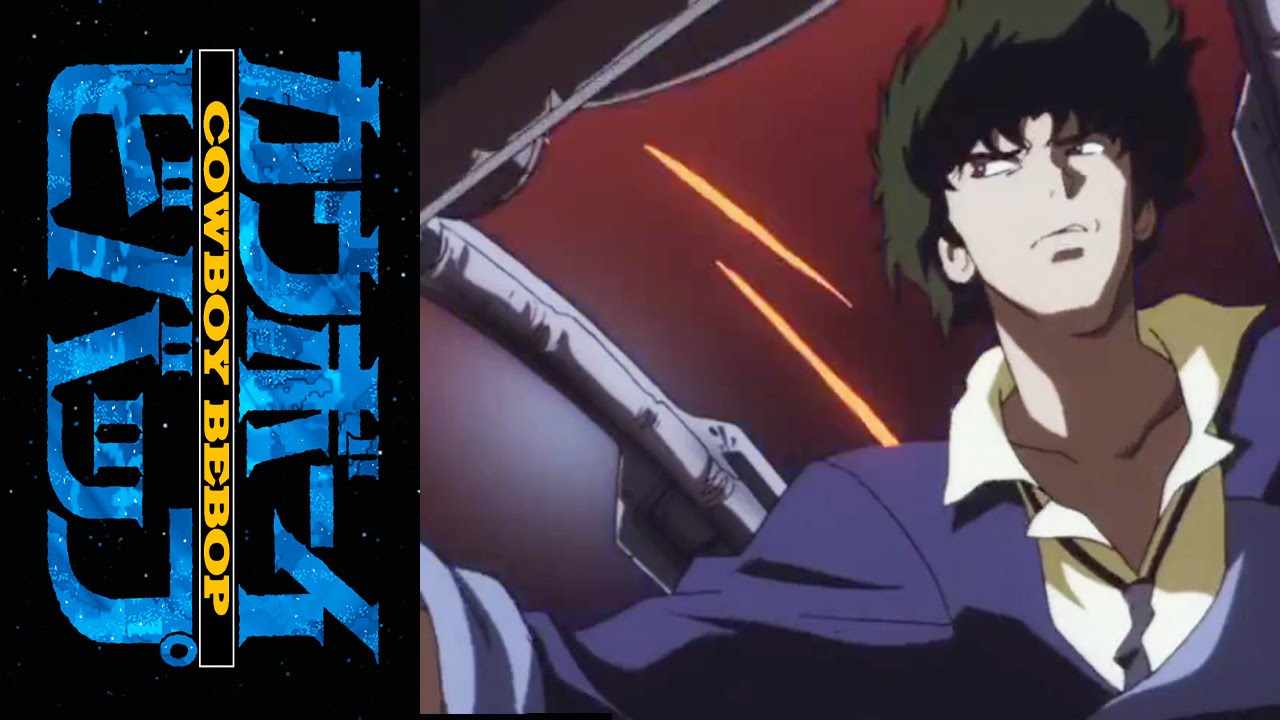 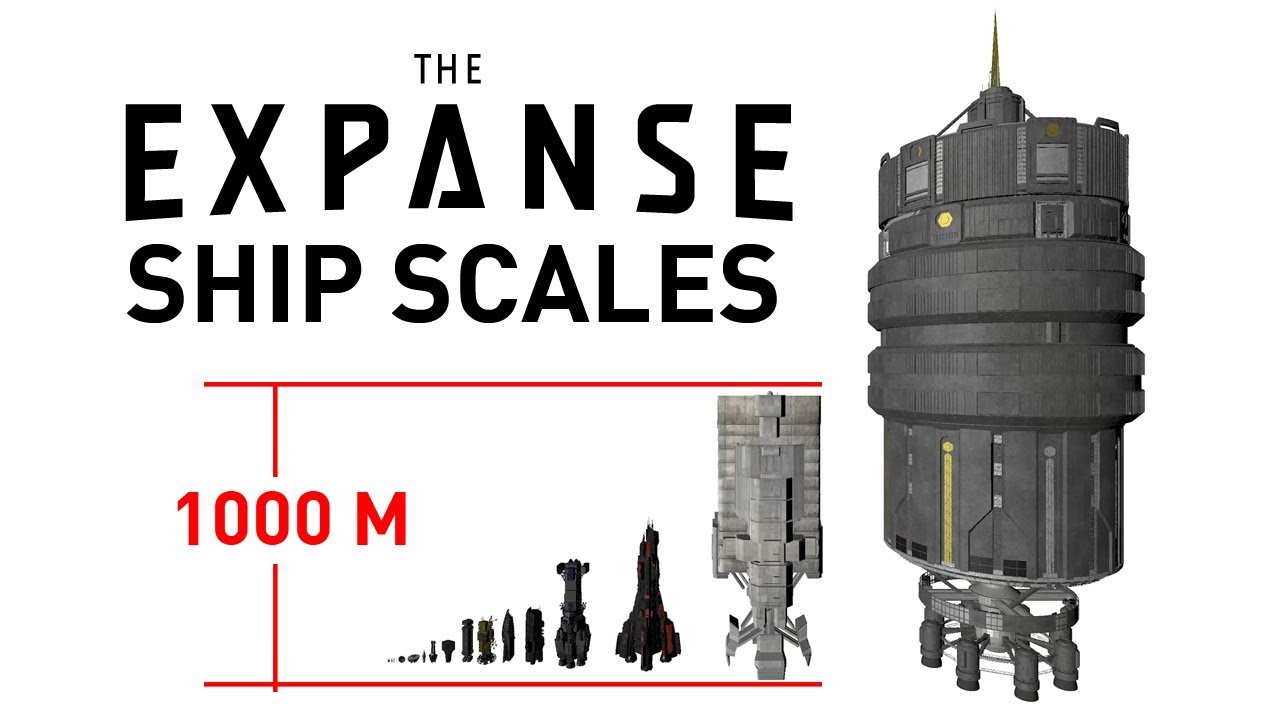 "The Expanse" and "Mobile Suit Gundam": two sides of the sci-fi coin

Fans of The Expanse would do well to spend their time between seasons catching up on its anime forebears, the Mobile Suit Gundam series.

Buck Rogers in the 25th Century was crap SF, and so very much of its era, and, God help me, I watched way too much of it because it was “Christians in Rome” time for SF fans and TV.

The one thing I always liked about the show (really, the one thing) were the stargates. And, as God is my witness, there are no good videos of the effect. Only one episode is even partially repped in online video, and even there I can only find a partial rendition of the BRit25C stargate effect … which was this:

(The one above I made myself.)

The original sequence, as I recall, starts with blackness, and then four points that spin-starburst into light, then the GIF, then spin-starburst to darkness.

And that’s what I always think of as a stargate, even though that is not what I think of in the context of our campaign.

So here’s a pretty concrete stargate. This is close to my own visualization, complete with bits of technocruft hanging off it. 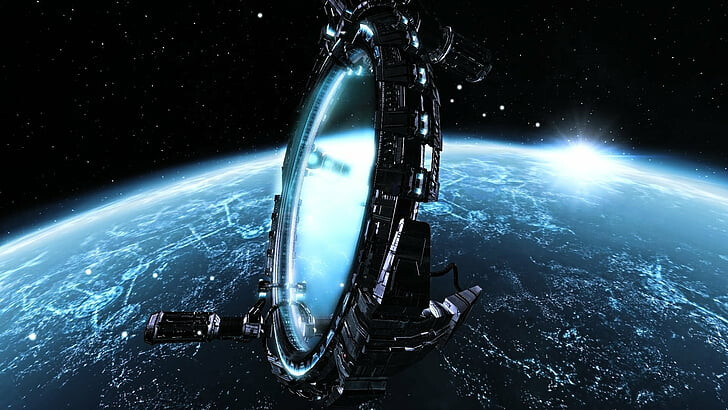 Here’s kind of a pessimistic stargate, activated and immediately use by someone waiting on the other side. 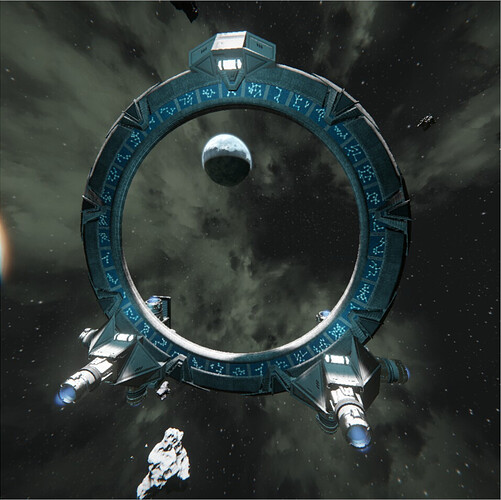 And, of course, it doesn’t have to actually be a ring. Anything that brackets the portal, like a doorway, can work. 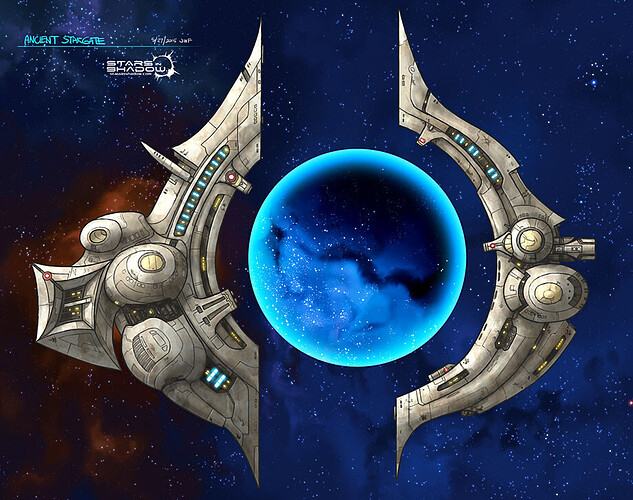 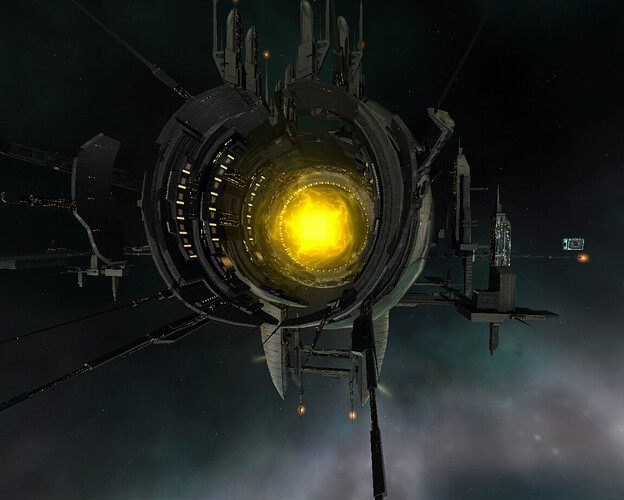 Or still other configurations … 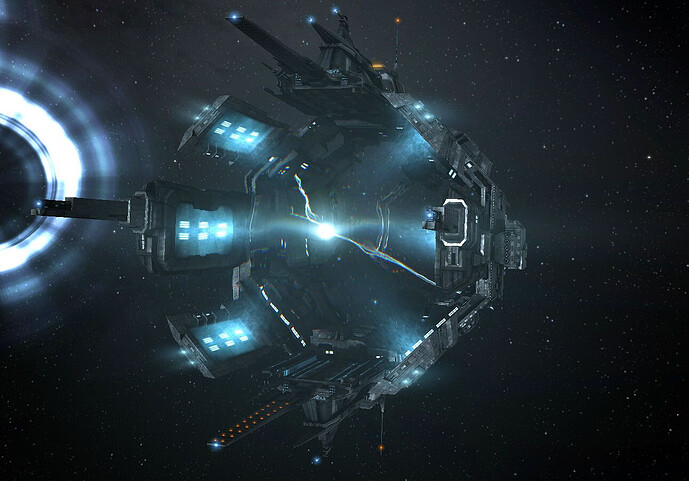 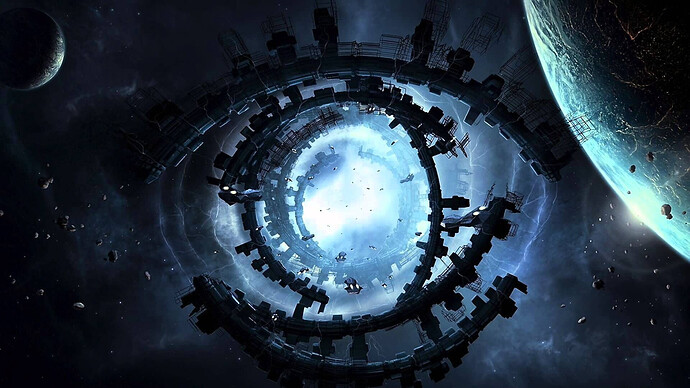 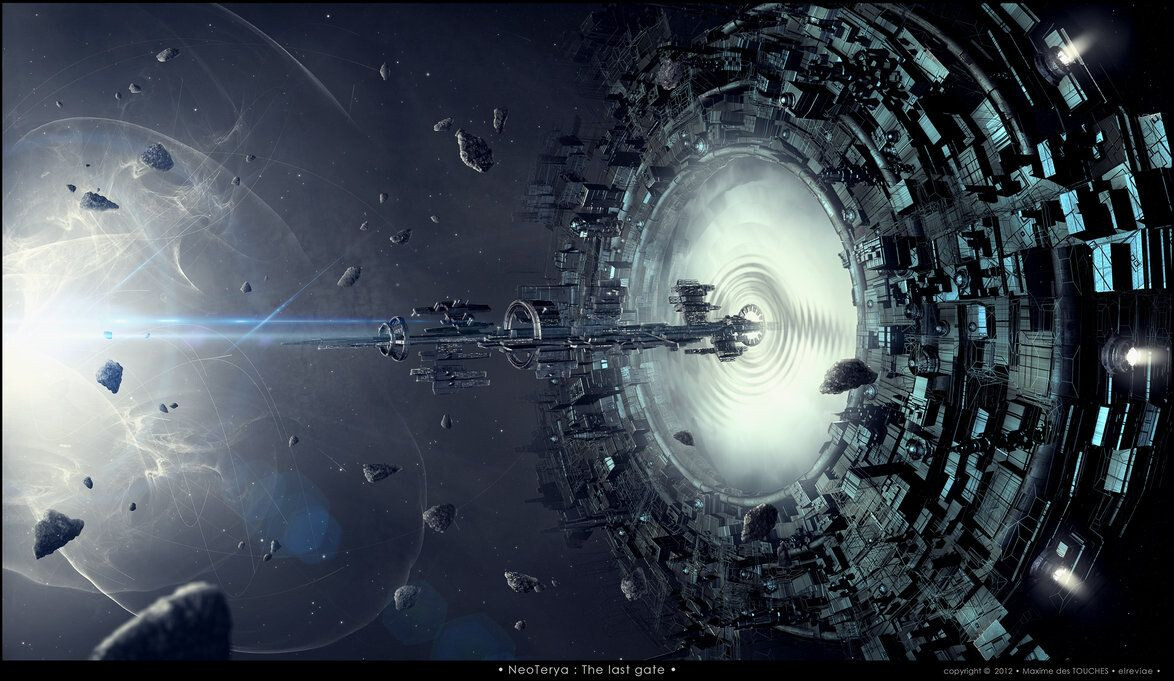 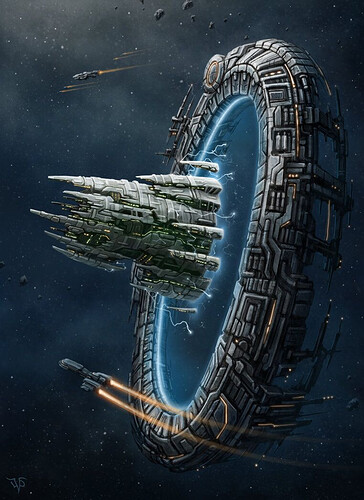 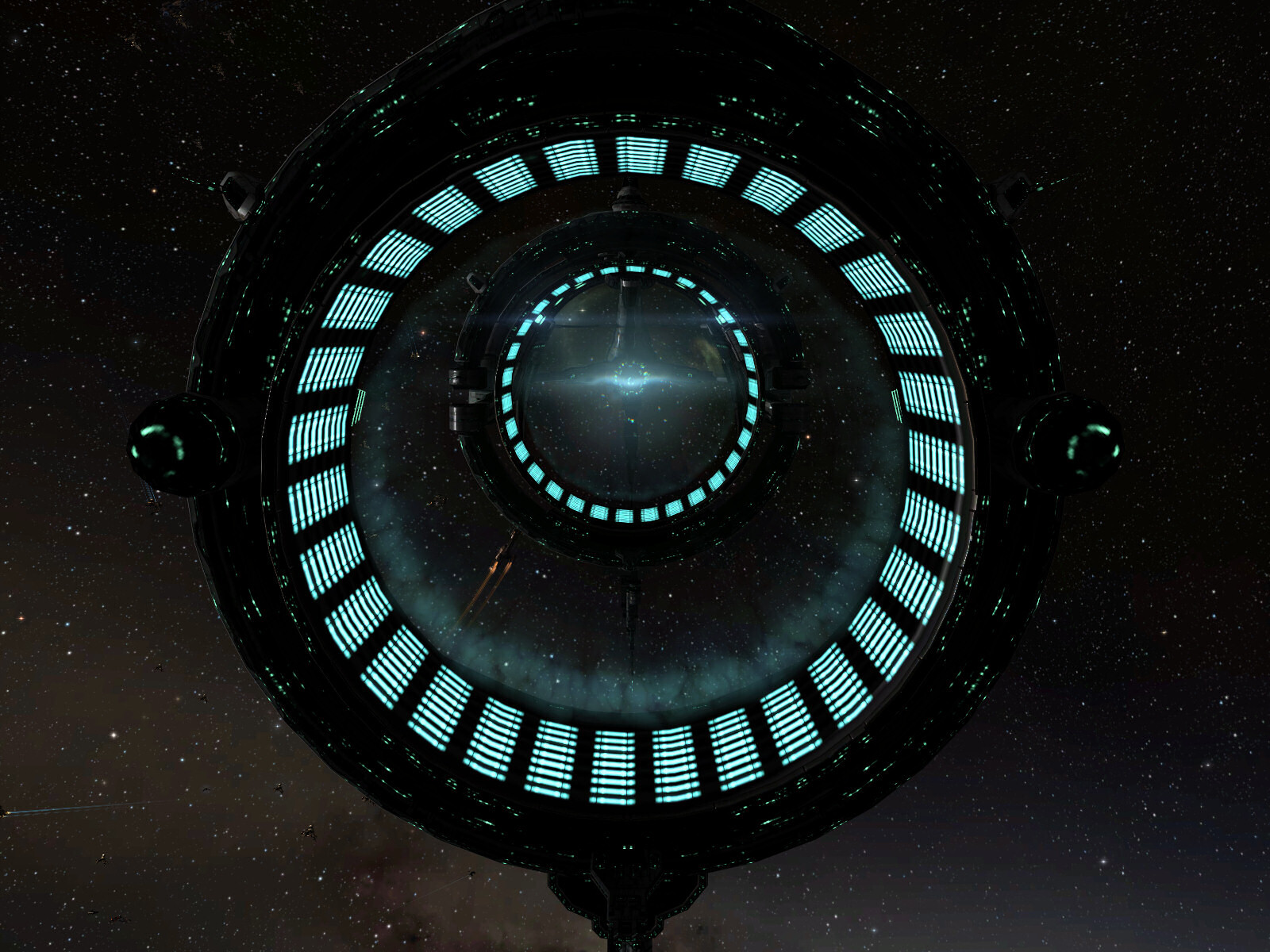 And while we’re accustomed to such things being a single ring, there’s no reason why it can’t go all Time Tunnel on us … perhaps less of a gateway than a hyperlinear accelerator …

Not an opening, as such, but something that sends you wicked-transluminal for a calibrated distance. Calibrated … if you’re lucky …

This guy’s playing on a whole new level 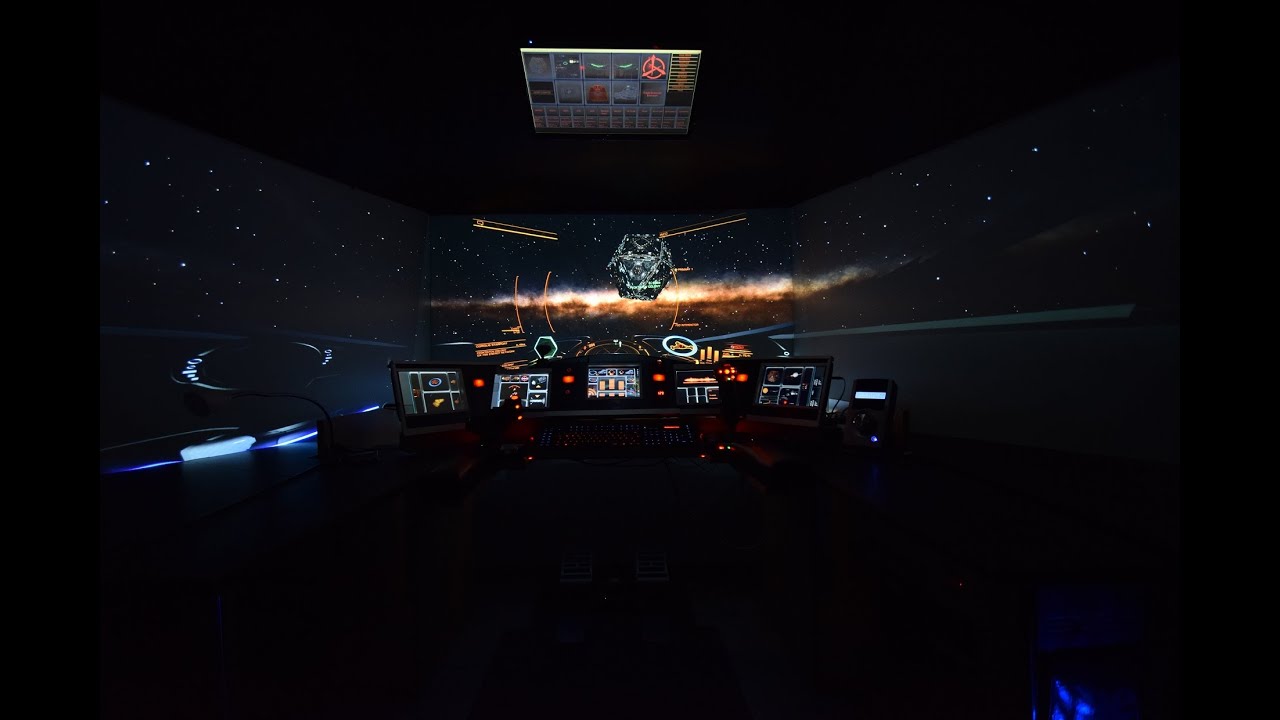 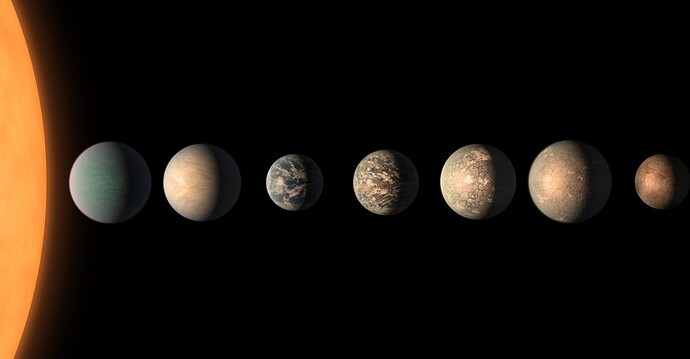 The Bizarre Planets That Could Be Humanity’s New Homes

What would human civilization look like on a tidally locked world?

What would human civilization look like on a tidally locked world?

(Reading how tidal-locked worlds are something really cool that is inspiring fresh science fiction about this strange new concept. Glancing up at shelves of Golden/Silver Age SF stories set on Mercury back when we thought it was tidal-locked …)

( (Okay, to be fair, most of the new SF is about Earth-ish planets, not Mercury hell-holes.) ) The World Just Moved Even Closer to a Real, Working Warp Drive

Scientists have a new model for faster-than-light travel that actually uses conventional physics.

This in this week’s Starforged session… 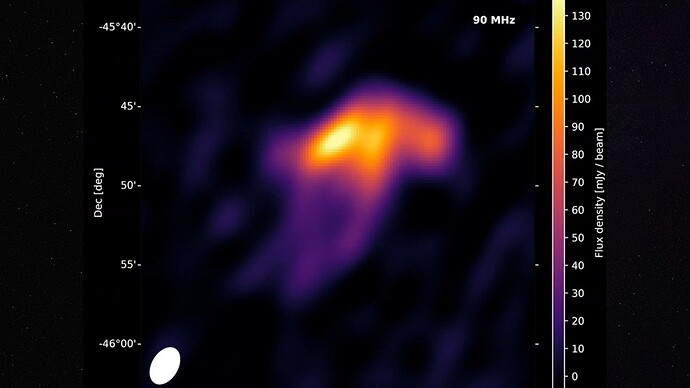 The gigantic plasma structure, known as 'USS Jellyfish,' is more than one million light years across and poses a series of bizarre questions to astronomers. 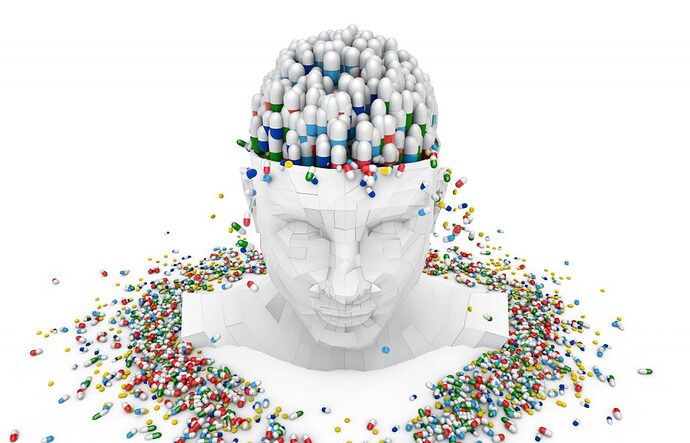 Considering memory supplements? Think again. In the US, prescription medicines are rigorously tested, but supplements are not. Manufacturers can make claims that may or may not be true. But even supplement makers must follow certain rules, and...

“They say that jellyfish helps the memory. Maybe yes. Maybe no. But none of us ever imagined the Great Plasma Jellyfish would itself hold the memories of the Forerunners, and how to restart the Gates they left for us …”

Russian translation by Boris Ostanin This article is about the standard test brain image. For the original human, see Miguel Acevedo. MMAcevedo (Mnemonic Map/Acevedo), also known as Miguel, is the earliest executable image of a human...