Cool cool. So I’d suggest looking at her arsenal of devices like a magpie’s hoard, stuff gathered from her travels that she’s incorporated into her strategy of “my dream, whatever it takes”. Examples:

This is a really good list. I’ll need to scrounge through some of the odds-and-ends of the Menagerie-verse to pluck out some interesting options.

My first thought with this came from a very recent source…

and Aria came equipped with a special toy: an implosion bomb, out of Byron Quill’s secret stash.

I’ll let those ideas percolate on the backburner for a bit, since I still need to spend some time on some more immediately addressable projects. From my Trello board: 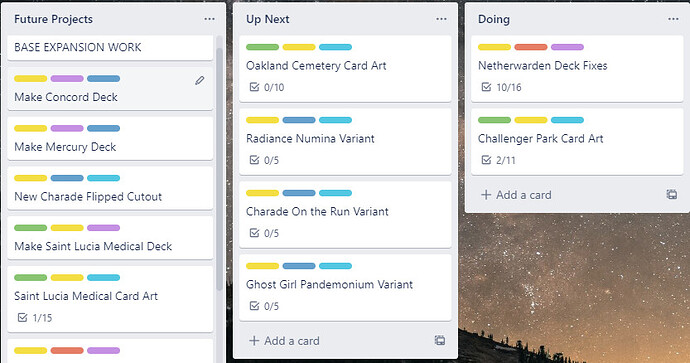