This phrase, plus some thoughts earlier, led me to a different (but hopefully equally interesting) thought: how would a space bar actually work, if you wanted to cater to a specific crowd, like spacers?

Imagine you’ve got a big, slow-spinning ring. It creates pseudogravity at the outside - planet-bound tourists or anyone else not familiar with zero-G will tend to stay there, because that’s where they are comfortable. They get served by some kind of waitstaff, but it’s slow and more expensive and that’s how the staff likes it.

Go to the interior, though, and it’s weightless and everything’s spinning around you. It’s disorienting and weird, unless you’re a veteran space trucker or something, so the people who are in that lifestyle tend to hang out there, with each other. And there’s some kind of floating bar at the center, where people can “sit” together, talking directly to the bartender who’s floating at the heart of it all.

People have come up with new ways to drink in free-fall. There’s bar games, bets, and all the usual stuff you’d expect to find.

Edit: oh yeah, and when the bar fight breaks out? Punching each other is great, because if you land on the spinning ring, you’re there unless you climb back into free fall on your own. It’s like a ring-out in boxing.

That raises an even more fundamental question – once that I don’t think is touched on in the rules, and so is up to us, one way or another.

Do we have artificial gravity in this setting?

In other words, one answer to your question,

how would a space bar actually work, if you wanted to cater to a specific crowd, like spacers

is, “Just like Quark’s.” Or Ten-Forward. Or the place where the tribble-triggered bar brawl happened.

Assume cheap anti-grav (which affects ground transportation, but let’s just talk about environmental gravplates), and there’s no reason to have zero-gee space bars at the hub of the spinning station. Or, for that matter, a spinning station (or spin compartments on your ship). Even spacers and space miners and the like are probably going to have grav in their ships, just to make life easier and avoid physiological issues.

Now, there may well be zero-gee xenos out there, but it’s as likely that we only need to deal with low-gee or high-gee xenos, which can also be dealt with.

My inclination is to go with artificial gravity tech, just to simplify things. We’ll sooner or later be dealing with different gravity situation, but not worrying about it as the norm seems most straightforward. 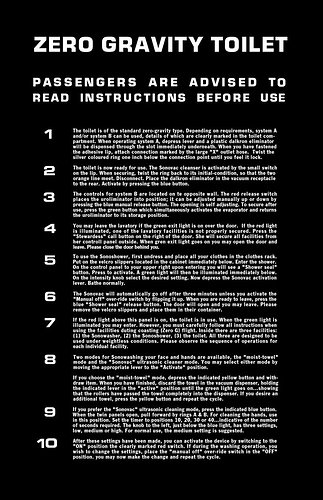 My inclination is to go with artificial gravity tech, just to simplify things

I fully assumed there’d be tech like that. But I live in Seattle, where we have electric cars, smart assistants on our phones, and drone package delivery, and we still hold up the most ridiculously retro stuff as cool.

if you wanted to cater to a specific crowd, like spacers?

This part of the sentence right here is the important bit.

Not necessarily all in the same place. “Spacejack’s No-Frills No-Gee Hub Bar” and “Featherweights” might be directly adjacent (heck, maybe owned by the same person, or provisioned out of the same kitchen, albeit at very different prices) and still draw a very different clientele.

Hmm. In a more sophisticated setup, you could adjust the grav plates in any given locale for certain parties. “Hey, Mel, we got Traxians in the Back Room and they want it cranked to 2.2. I ain’t serving in no 2.2, Mel. My arches are already aching.”

After reading my way through six of the expanse novels, I found myself personally preferring the real physics of gravity under thrust and gravity under spin mechanics and the evolutions that happen from that, but I also know that it’s really hard to find Good Ship maps that are oriented properly for what those sorts of ships would look like.

I extracted this discussion into its own topic. We also had this earlier thing:

If it exists, it might be unusual, expensive, or political - “reztech” marks you as an Inner System partisan, “rust-tech” is for the provincial Belters or rebels, for example.

Just because a thing is technically possible doesn’t mean it will be everywhere, and the reasons for that can be used to create drama. Some examples for “true” artificial gravity vs. “spin gravity”:

Drama comes from: “You’re not licensed for X” is the Hegemony equivalent of the cops pulling you over for a busted tail-light - it’s an excuse to shut down people they don’t like. Or the health impact of zero-G segregates the population - the rich stay healthy, the sick stay poor.

It’s fragile. The shielding, power requirements, or something else needed to make gravity work is cumbersome, and most ships in Procyon or elsewhere just can’t afford the expense.

Drama comes from: terrorists, bank robbers, tech thieves, kidnappers, etc. disabling the artificial gravity in some cosmopolitan space outpost to cause chaos among the civilians, forcing the experienced spacers to deal with the crowd on the way to their goal.

It’s cultural. Spacers don’t trust the complexity, fragility, or secrecy in the systems needed to produce it, and don’t rely on it because when it breaks down, you can get hurt in serious ways. It’s a point of pride to use spin gravity, or no gravity.

Drama comes from: the poor merchant who makes good, converts his freighter to a passenger shuttle, and installs a-gravity, now faces discrimination from his cargo-hauling associates.